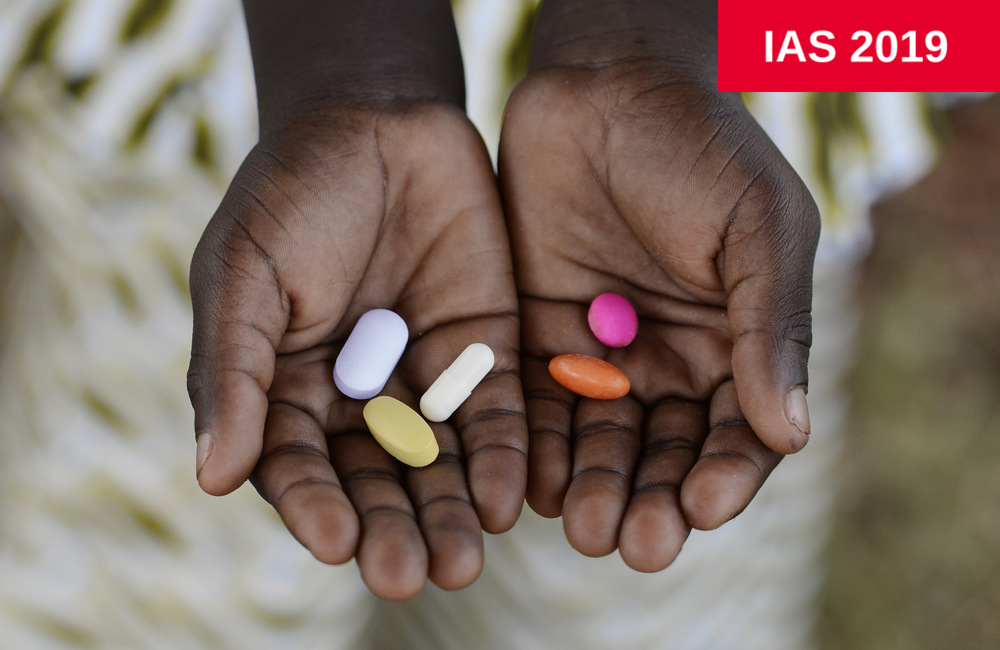 Dr Vinie Marwa Kouamou presented these findings from a cohort of adolescents and young adults living with HIV on failing first- and second-line antiretroviral therapy (ART) (the PESU study).

For young people, maintaining viral suppression can be a struggle. In sub-Saharan Africa, young people are faced with multiple issues, including access to healthcare, problems with school, housing or work, transportation to clinic, emotional and psychological problems, lack of providers experienced in adolescent health, side-effects, and co-morbidity (tuberculosis and malaria) often making adherence problematic. This can lead to virological failure. Those on failing regimens have a high frequency of drug resistance mutations with limited affordable alternative treatment options. An estimated 40% of adolescents and young adults are on failing regimens in Zimbabwe.

Increased resistance to NNRTIs and a need for simplified regimens led Zimbabwe to introduce dolutegravir with tenofovir and lamivudine (TLD), in single tablet form, in first-, second- and third-line regimens. Well-documented reasons include ease of use, high potency and barrier to resistance, tolerability and cost.

The PESU study comprised young people randomised to a community-based peer counselling support group (n = 104) or clinic-based standard of care (n = 108). The primary objective was to determine the virologic suppression rate in the peer support group compared to standard of care after 48 weeks. These findings will be available shortly.

Kouamou presented findings from the secondary objectives: to determine the frequency and patterns of drug resistance mutations among young people on failing ART; and to predict the activity of subsequent regimens using genotypic susceptibility scores.

Young people on long-term first- and second-line ART with confirmed virological failure (viral load >1000 copies/ml) were included. Plasma virus was obtained successfully from 86% (160) of the participants. A genotypic analysis was conducted and susceptibility scores to TLD and current second-line therapies calculated.

Seventy per cent were on first-line NNRTI-based regimens and 30% on second-line protease inhibitor-based regimens. With a median age of 18 years, participants’ median time on ART was six years. Just over half were male.

Drug resistance mutations were present in 94% and 67% of first- and second-line failures, respectively, p<0.001.

Dual class resistance to both nucleoside reverse transcriptase inhibitors (NRTIs) and NNRTIs was seen in 60% of those on failing first-line regimens. The high rate of drug resistance mutations in NRTIs would be significant for TLD rollout. Kouamou highlighted M184v (resistance to lamivudine) and K65R (resistance to tenofovir) mutations seen in 53% and 25% of participants, respectively.

An optimised regimen, substituting tenofovir with zidovudine in TLD, as per World Health Organization guidelines, would lower the proportion with a sub-optimal regimen to 4%. This substitution will need to be balanced for side-effects and the absence of single-tablet regimens.

Protease inhibitor drug resistance mutations were only present in 10% of those on failing second-line regimens. Treatment failure appears to be due to poor adherence (perhaps related to side-effects) rather than drug resistance. A switch to TLD would be sub-optimal for 8%.

While TLD as a second-line option may not work for all young people on failing first-line therapy according to the tGSS evaluation, it may for those on failing second-line ART, Kouamou said.