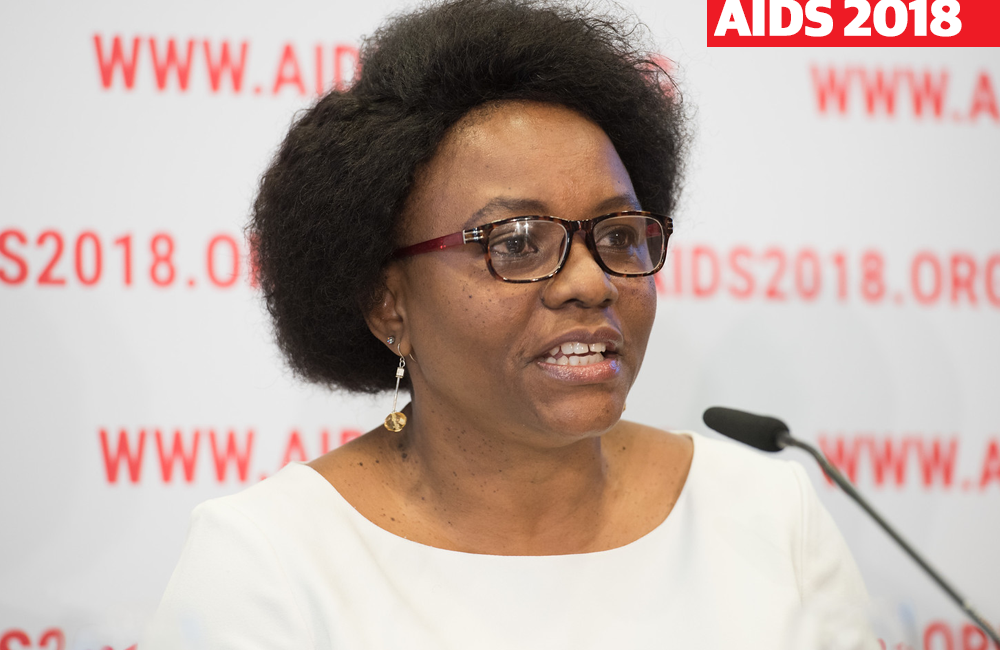 People who started HIV treatment in Swaziland under a universal test and treat policy were seven times more likely to still be in care and to have a fully suppressed viral load six months after starting treatment when compared to management of patients under the existing standard of care, Velephi Okello of the Swazi Ministry of Health reported at the 22nd International AIDS Conference (AIDS 2018) in Amsterdam today.

The findings come from the MaxART study, a comparison of providing treatment according to a standard model or through a universal test and treat approach. The study was designed to evaluate the real-world performance of a universal test and treat policy in a country with a very high prevalence of HIV and a predominantly rural population who receive care through primary health clinics.

In particular, researchers wanted to understand the impact of the universal test and treat policy on the health system, its acceptability to patients and how to achieve a high rate of linkage to care after people test HIV positive. Evidence for the feasibility and effectiveness of universal test and treat remains limited; the trial is designed to gather evidence on patient outcomes as well as costs, resource use and cost-effectiveness of treating everyone as soon as possible after their HIV diagnosis.

The study was conducted in 14 public health facilities in the Hhohho region of Swaziland (recently renamed eSwatini). The facilities were randomised to begin offering universal test and treat in stages, with a new group of facilities moving to test and treat every four months. Prior to initiating a test and treat policy, all clinics offered antiretroviral therapy (ART) according to the national guidelines.

The recommended regimen for first-line treatment is tenofovir, emtricitabine and efavirenz, with alternatives when one of these agents cannot be used.

The study enrolled 3405 people between September 2014 and August 2017. Sixty-two percent of participants were women (although the study excluded pregnant or breastfeeding women as universal ART is already recommended for this population). Thirty-four per cent were aged 20-29 years and 36% aged 30-39 years. Forty-nine per cent had a CD4 cell count below 350 cells/mm3 at the time of enrolment and 36% had a high viral load (above 100,000 copies/ml). Two-thirds of study participants had been diagnosed with HIV less than one year prior to enrolment in the study.

The study evaluated two primary outcomes: retention in care twelve months after starting treatment, and viral suppression twelve months after starting treatment. Retention in care has been identified as a particular concern for universal test and treat programmes: some have questioned whether people who are well at the time of diagnosis will stay in care if they begin treatment immediately.

Retention was 60% higher in the intervention arm than the control arm after 12 months, although confidence intervals on this estimate were wide (HR 1.60, 95% CI 1.15-2.21, p = 0.005) and retention in the control group continued to decline after the first year.

Other approaches to retention in HIV care

Several other studies presented at the conference on Wednesday showed promising approaches to promoting retention in care within the context of universal treatment.

In South Africa, community system strengthening through the CaSIPO project has enabled community health workers to develop and support community adherence clubs in 15 districts. A sample of three clinics in three districts before and after establishment of adherence clubs in 2018 showed that a simple reminder regarding clinic attendance for viral load testing resulted in almost universal viral load testing among club members, compared with completion rates of between 42-57% prior to the clubs.

In Botswana, the FH360-funded Advancing Partners and Communities project supported training of community health workers to carry out tracing of patients diagnosed with HIV but not yet on ART, or those who had missed appointments. A total of 1277 patients not yet on treatment were identified for follow-up, of whom 587 were traced and 387 successfully linked back to care. A further 2070 people who had missed appointments were identified, of whom 1273 were traced and 672 linked to care again. Although the work was resource intensive, community health workers were able to bring back into care over a quarter of those missing, addressing a critical gap in efforts to achieve treatment coverage and viral suppression.