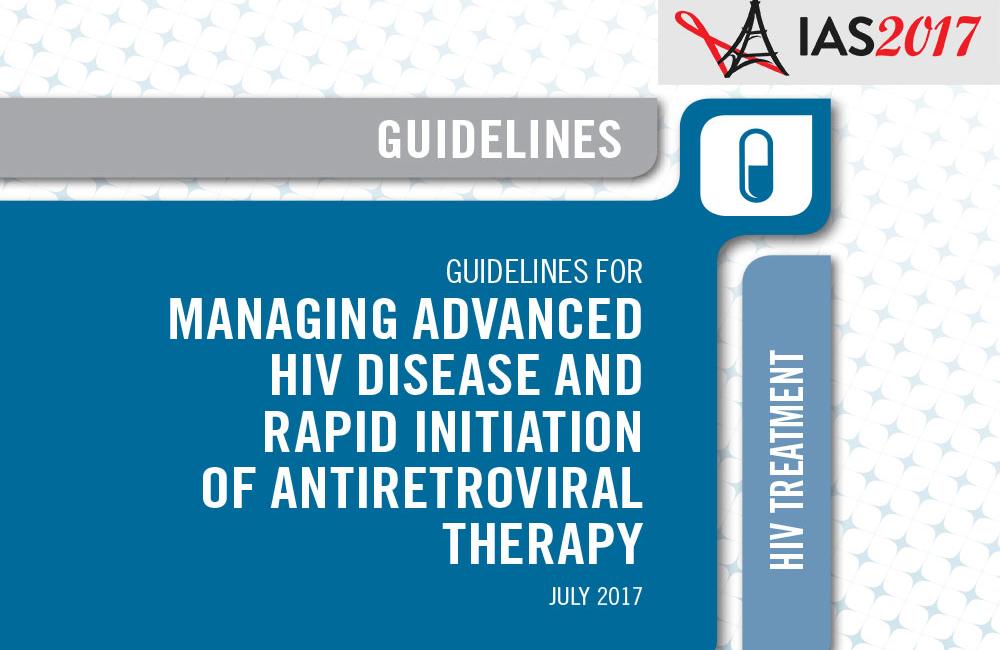 A new package of measures to ensure rapid initiation of antiretroviral treatment and diagnosis of opportunistic infections has been recommended by the World Health Organization (WHO) to reduce the still high rates of death in people diagnosed with HIV at a very advanced stage of disease.

People are also presenting for treatment with very advanced HIV disease after having been lost from care or treatment previously, said Dr Eric Goemaere of Medécins san Frontières (MSF). A majority of people presenting late for treatment in South Africa are probably people who have fallen out of treatment, not treatment-naive patients, he told a WHO symposium held in Paris to coincide with the 9th International AIDS Society Conference on HIV Science (IAS 2017).

What’s more, MSF has found that around three-quarters of all hospital admissions at its clinics providing HIV care are of advanced HIV patients who have been receiving antiretroviral treatment for some time, suggesting that signs of virological, immunological or clinical deterioration have been missed.

People presenting with advanced disease are at high risk of death even after starting antiretroviral treatment because they usually arrive at health care facilities with opportunistic infections. The Reality study of preventive treatment for people with advanced HIV infection found that deaths peaked in the first three weeks of the study, especially among people not receiving the enhanced package of preventive treatment tested in the study.

Among people with advanced HIV disease, tuberculosis (TB) remains the biggest killer, accounting for around a quarter of all deaths, said Nathan Ford of WHO. Cryptococcal meningitis, bacterial infections and pneumocystis pneumonia account for more than half of the remaining deaths.

To address these risks, WHO is now recommending a package of tests and interventions designed to ensure rapid treatment of HIV infection and opportunistic infections.

Treatment that can prevent the development of disease is not being used to full advantage, despite a series of WHO recommendations over the past few years. In particular, the implementation of isoniazid preventive therapy to prevent TB is still patchy and rapid diagnosis of TB also needs to be scaled up to save lives.

WHO also recommends that people with advanced disease should start antiretroviral treatment immediately unless they have TB or cryptococcal meningitis, in which case they should start treatment as soon as it is safe to do so. Short-term worsening of symptoms – the immune reconstitution inflammatory syndrome (IRIS) – may accompany a rise in CD4 cell count after starting treatment so it is important to begin to bring these diseases under control before beginning antiretroviral therapy.

Download the Guidelines for the managing advanced HIV disease and rapid initiation of antiretroviral therapy from the WHO website.

Cytomegalovirus viremia is associated with an increased risk of mortality at 18 weeks among patients with HIV-associated cryptococcal or tuberculous meningitis, according to study findings published in the International Journal of Infectious Diseases.
Infectious Disease Advisor
11 Aug 22
Monkeypox