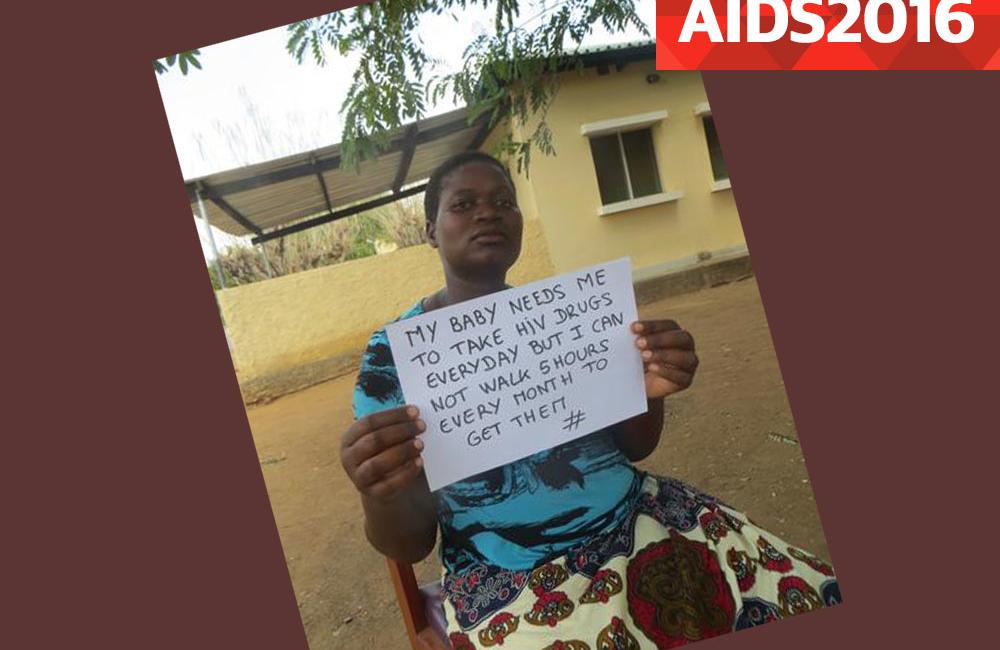 Despite the widespread implementation of Option B+ (lifelong antiretroviral therapy (ART) for pregnant and breastfeeding women regardless of CD4 cell count) postpartum HIV-positive women remain at higher risk of loss to follow-up and death, studies from South Africa and Botswana presented at the 21st International AIDS Conference (AIDS 2016) in Durban last week show.

HIV infection remains a significant problem among South African women of reproductive age and an important contributor to maternal death.

Many conceive while already on ART. Long-term ART success depends on attaining and maintaining virologic suppression. Adherence and remaining in care after delivery can be challenging. Scant information exists on postpartum virologic outcomes.

The implementation of Option B+ in South Africa in over 90% of all sites for prevention of mother-to-child transmission (PMTCT) and maternal, newborn and child health warranted a closer look at postpartum treatment outcomes.

Postpartum HIV-positive women, particularly those who become pregnant while on ART (incident pregnancy), are at high risk of treatment failure, Dina Onoya, on behalf of the Health Economics and Epidemiology Research Office (HERO), University of Witwatersrand and the University of Boston, told delegates. She was presenting findings from a retrospective cohort study of over 6900 HIV-positive women aged 15 to 49 years who started ART between 2004 and 2013 at ten public sector ART clinics in Johannesburg, South Africa.

The longer women were on ART before pregnancy, the more likely they were to remain in care. Virologic failure seemed to be linked to poor health at delivery suggesting the need for targeted adherence support for ART-experienced women at risk of adverse outcomes after delivery.

Among those who left care after delivery the apparent low risk of virologic failure was due to not being in the system long enough for the failure to be recorded. Dr Onoya and colleagues suggest that adherence and support among women diagnosed in the third trimester or at delivery be strengthened.

The risk of LTFU 24 months postpartum was not associated with age, employment status, CD4 level or time on ART before delivery.

Postpartum HIV-positive women were five times more likely, compared to HIV-negative women, to die within 24 months of delivery regardless of uptake of ART and independent of CD4 cell count, according to a study comprising 3000 mothers (of which 1499 were HIV-positive) who had delivered at five public hospitals throughout Botswana between February 2012 and March 2014, Rebecca Zash reported at the same session.

Dr Zash and her colleagues wanted to look at how ART use during pregnancy, and whether or not it continued during the postpartum period, affected death rates in a setting with widespread uptake of ART and PMTCT services.

HIV-positive and HIV-negative mothers enrolled within 48 hours of giving birth were followed up by cell phone at one and three months then every three months until 18 and 24 months postpartum. One of the approved contacts the mother gave at enrolment reported maternal deaths.

Hospitalisations and modes of delivery were similar, while HIV-positive mothers had slightly lower markers of socioeconomic status.

The overwhelming majority of deaths (59% or 13) occurred among those having taken ART in pregnancy and throughout the follow-up period.

Neither CD4 cell count during pregnancy, nor a longer time on ART before delivery were linked with mortality.

Despite the absence of adherence data, Dr Zash proposed closer clinical monitoring to improve maternal outcomes, and further research to understand the increased risk of death among HIV-positive postpartum women.

Local and national governments in west and central African countries must prioritise investment in providing access to HIV testing for all pregnant women.
The Conversation
11 Jan 21
Infant feeding

Breastfeeding by mothers taking dolutegravir (DTG) late in pregnancy contributed little to infant exposure, but a median of 4.5 days additional prophylactic coverage for some infants was reported following maternal drug cessation, according to a pharmacokinetic analysis of the DolPHIN-1 study.
Contagion Live
3 Jan 21
HIV treatment

In this exclusive series of articles, David Alain Wohl, M.D., calls attention to 10 developments that have tremendous short-term implications for our day-to-day efforts to improve HIV prevention, treatment, patient care, and policy in the U.S., and analyzes each development with his trademark wit and clinical savvy.
TheBodyPro
1 Dec 20
HIV treatment in pregnancy