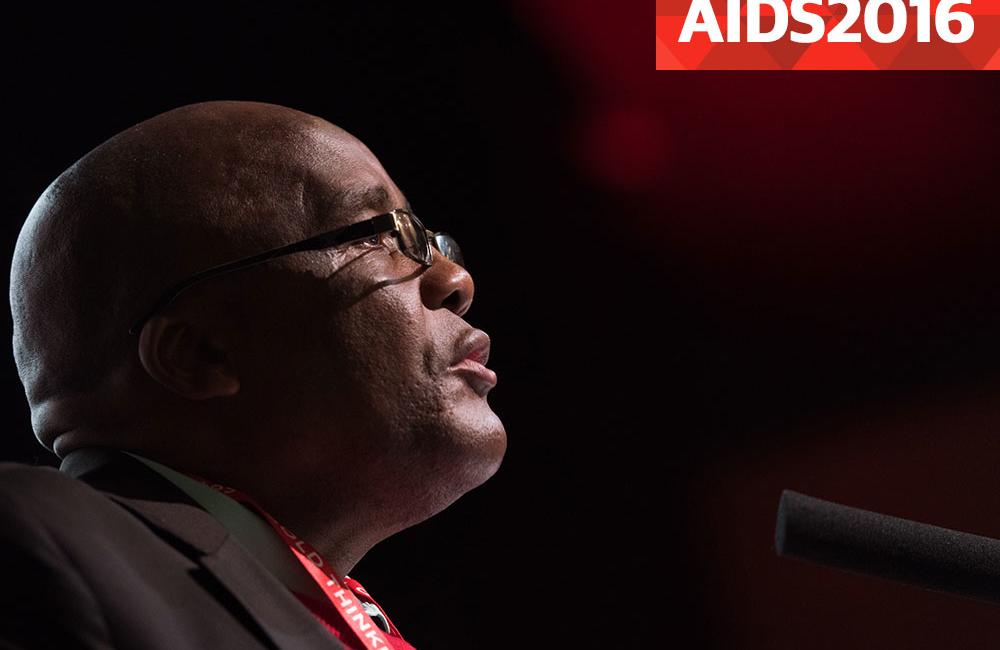 While much of TB2016, held on the eve of the International AIDS Conference (AIDS 2016) from 16-17 July 2016 was devoted to the rapidly evolving science in the fight against TB, the meeting also highlighted the failure of the world, including the international HIV community, to adequately respond to the TB epidemic – which last year surpassed HIV as the leading infectious cause of death in the world.

This has led to a series of calls for a paradigm shift to move beyond TB control to actually ending TB. However, as Stephen Lewis of AIDS-Free World said in a keynote address on the final day of the pre-meeting, “this room is filled with principled advocates and activists who would move heaven and earth to defeat this disease, but the collective efforts are compromised by indifference in high places, by an absence of political leadership, and by strangulated shortfalls in resources.”

So little progress over so much time

Aaron Motsoaledi, South Africa's Minister of Health, paraphrased President Nelson Mandela’s clarion call in 2004 to fight TB as well as AIDS – but as José-Luis Castro, Executive Director of the International Union Against Tuberculosis and Lung Disease pointed out in a talk during the same plenary, that despite some advances, relatively little has changed.

One out of every three people on the planet is infected with mycobacterium tuberculosis (M.tb), the bacterium that causes TB, though only around 10% will progress to active disease. Even so, over 9 million people develop TB each year, and 3 million of those people go undiagnosed and never receive treatment. A total of 4400 people die each day from TB.

“Together 7100 people die of HIV and TB every day,” said Eric Goosby, the UN Special Envoy for TB. “We have a disease that we have known how to prevent, diagnose, and treat for over forty years, and have been unable to put delivery systems in place that effectively identify, enter and retain people in care for a six month period of time.”

“As TB and HIV activists, we were calling out to have ambitious goals and here we are”, said Thokozile Phumizile of Facilitators of Community Transformation (FACT) who has worked extensively in TB/HIV. Nevertheless, she was angry that there continue to be so many deaths. She reminded the audience that there are people attached to those statistics.

The global indifference to TB can be traced back decades – to about the time when improvements in treatment, living and health standards made the disease rare in industrialised countries – and it became a disease of the most vulnerable and poor populations in resource-constrained countries. As a consequence, TB science became a backwater.

In order to effect recent calls now to ‘end TB’ either by 2030 (in the UN’s Sustainable Development Goals) or by 2035 in the World Health Organization's Global Strategy to End TB, new prevention, diagnostic and treatment tools will be needed. However, funding for TB research has long lagged behind HIV, as illustrated by this comparison of drug development adapted from TAG’s HIV and TB Pipeline Report.

*Delamanid not yet FDA-approved [nor is it available in South Africa, despite the fact that many of the drugs trials were conducted there]

Similarly, Minister Motsoaledi pointed out that there has been a dramatic increase in people living with HIV on treatments since the year 2000 – with 17 million people receiving antiretroviral treatment compared to one million in the year 2000 (which represents a 1600% increase). However, “there was only a 65% increase in people infected with TB receiving treatment over the same period of time. And the rise in drug resistance, especially antimicrobial resistance, has further made complex which is already a difficult situation.”

“If we continue on our current pace and trajectory, it will not be possible to end TB until 2180. We want the world to respond with the same sense of urgency, if not more, demonstrated to recent outbreaks of Ebola and the Zika virus,” the minister added.

A call to action

Stephen Lewis of AIDS-Free World explored the funding and leadership gap in a little more detail in a keynote address on the final day of the pre-meeting – and had some interesting ideas about how to better leverage resources.

“TB is overwhelmingly funded by the Global Fund; without it, there would be a vacant pipeline. As has been noted, some 77% of funding for TB in Africa comes from the Global Fund. However, only about 17% of the Fund’s resources go to TB while 53% goes to HIV and 30% to malaria. Tuberculosis is the impoverished cousin… One and a half million [dead from TB] annually, and not a single death necessary.”

If the Global Fund is not replenished this September, TB will be hard hit.

In addition, the Global Plan to End TB will require $13 billion a year in funding until 2030 – but the current funding levels are one-half of that – and as Lewis pointed out “the replenishment target for the Global Fund is $13 billion over three years.”

Lewis also highlighted how the leading organisations in the fight to end TB are not powerful international entities, rooted in the United Nations, with vast budgets at hand – unlike UNAIDS.

“Wouldn’t you say – I don’t think this is intellectual innocence on my part – that UNAIDS is a logical repository to drive the response to tuberculosis; if the two are stitched so relentlessly together, and TB is now a greater killer than AIDS, would you not think that the entity charged with the international institutional responsibility for AIDS, would be the protagonist in the fight against TB?”

He conceded that it might be difficult to introduce this change into UNAIDS because of its current structure within the UN and its governance. However, he recommended an alternative – the United Nations Development Programme (UNDP), which is the largest and best-resourced UN agency, is in virtually every country and has strong relations with the government of every country.

“If UNDP were to decide to exercise significant leadership on TB, it could make a stunning impact,” he said, pointing out that UNDP has already been involved with TB in some countries.

He also believes it might be possible to set up a new financial machine behind the TB response. He reminded the audience that an old ally, Jim Kim, President of the World Bank, had focused significantly on TB from Russia to Peru in his early days at Partners in Health.

In fact, he reported that Jim Kim had told him that he’d be willing to sit down with “a representative group to discuss, concretely, innovative forms of financing to fund TB.”

More political pressure will also clearly be needed. Minister Motsoaledi places great hope in the Global TB Caucus – a body of members of parliament (1400 members from 126 countries) seeking to address TB in their own countries, regions and globally. Motsoaledi, who co-chairs the group, said that it had formally endorsed the Global Plan to end TB last year.

One of their first orders of business ought to be acting upon a Stop TB Partnership and MSF petition that is being circulated at the conference called Step Up for TB: Sign the Dotted Line. It demands that all countries upgrade their responses to TB to utilise currently available tools, including the latest diagnostic technology, medicines, and treatment guidelines within 500 days.

In addition, as the Union’s José-Luis Castro stressed, countries also need to address “the root causes of the TB/HIV epidemic: poverty, malnutrition, poor housing conditions, injustices from stigma to gender discrimination and the denial of basic human rights.”

Leveraging a human rights to health approach may be the best way to move the agenda forward, according to Mike Frick of TAG who quoted Partners in Health’s Paul Farmer in his concluding remarks.

“What we need… is an agenda for research and action grounded in the struggle for social and economic rights, an agenda suited to public health and medicine, whose central contributions to future progress in human rights will be linked to the equitable distribution of the fruits of scientific advancement.”

And at the close of the conference, a delegation of African parliamentarians said that they were indeed committed to fight for better sanitation and urban policies that benefit the poor, and a human rights approach to healthcare.

Time will tell if this is just “mosotos” (more-of-the-same – all talk and opinions and speeches), or if it will indeed be the change needed to truly end TB and AIDS. But, as Castro concluded, “If we choose to change we have a shot of beating two of the worst epidemics that humanity has known."

People with HIV should be prioritised for COVID-19 vaccination due to higher risk, WHO recommends

Suzman took an unusually deep and reflective approach in his latest annual letter by focusing on the scale of the foundation and the role of “unelected billionaires” and philanthropic capital in meeting global challenges.
Devex
20 Jan 23
TB transmission & prevention

The head of the World Health Organization (WHO), Tedros Adhanom Ghebreyesus, has unveiled plans to speed up the licensing and use of effective novel vaccines against tuberculosis (TB), the second leading infectious killer after COVID-19 and the 13th leading cause of death worldwide.
UN News
18 Jan 23
Vaccinations & immunisations

A World Health Organization (WHO) group says new single-dose schedule provides “comparable efficiency and durability of protection” as the erstwhile two-dose vaccine regimen for girls and young women between the ages of 9 and 20 years old.
Health Policy Watch
26 Dec 22
Access to healthcare