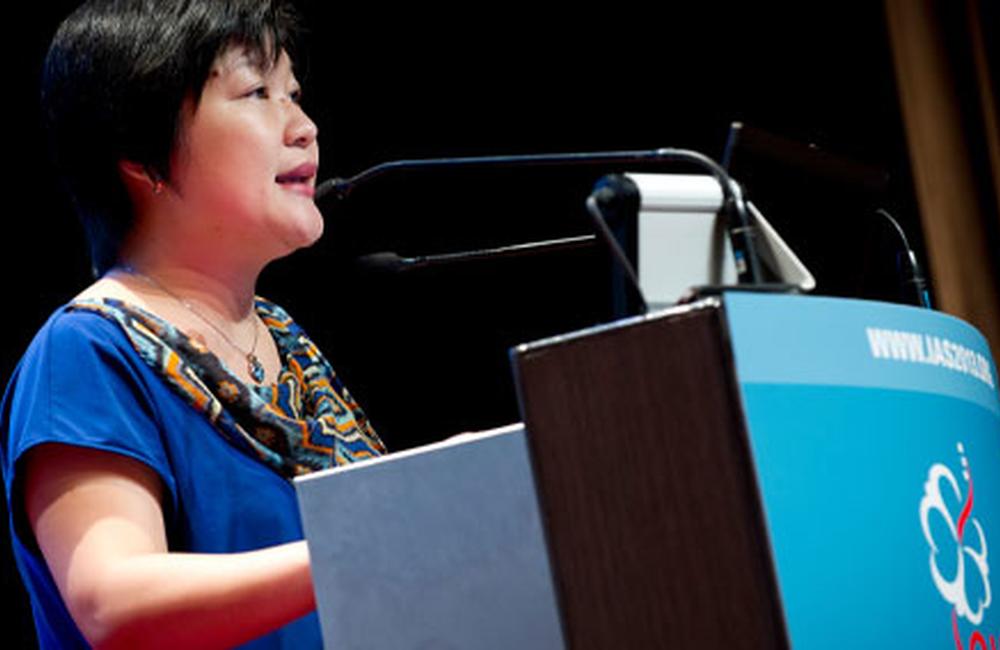 Low dose lopinavir/ritonavir (LPV/r) – 70% of the standard dose – worked as well as standard dose in maintaining viral suppression and with less dyslipidaemia in children with HIV in Thailand, Dr Puthanakit on behalf of the HIVNAT 152 PEARL study told participants at the 7thInternational AIDS Society conference (IAS 2013) last week in Kuala Lumpur, Malaysia.

Abnormal levels of lipids (fats), including cholesterol and triglycerides, in the blood.

In Thailand, children experiencing treatment failure on nucleoside reverse transcriptase inhibitor/non-nucleoside reverse transcriptase inhibitor (NRTI/NNRTI) regimens have limited second-line options. LPV/r (Kaletra) is the most commonly used protease inhibitor (PI) in children and has shown excellent efficacy in ARV-experienced children. The recommended minimal level of LPV in the blood (Cmin or trough) is more than 1mg/dl in PI-naive children.

However, dyslipidaemia (increased levels of cholesterol and triglycerides) is associated with LPV/r, so increasing the risk of heart disease with long-term use.

A previous study among Thai adolescents living with HIV, with a median age of 13.5 years (IQR: 12-15), showed that using 70% of LPV/r standard dose maintained adequate levels of drug in the blood. Low dose compared to standard dose had a mean AUC0-12h of 83.1 and 93.8 mg.h/L, respectively.

From June to December 2011, children already on a LPV/r-based regimen, with viral load under 50 copies/ml were randomly assigned by minimisation scheme (to minimise imbalance) to the Food and Drug Administration (FDA) recommended standard dose of LPV/r heat stable tablet or low dose.

Exclusion criteria included: protease-inhibitor PI resistance, a viral load over 1000 copies/ml after six months on a PI-based regimen, being on rifampicin, nevirapine or efavirenz because of drug interactions with lopinavir; and on a double-boosted PI regimen.

The primary endpoint was the proportion of children at 48 weeks with suppressed viral load (under 50 copies/ml). Secondary endpoints included the lowest concentration of lopinavir in the blood measured after a dose but just before the next dose-at 12 hours-(Cmin or trough) and dyslipidemia.

The distribution between those weighing 25 to 35kg and 35 to 50kg was comparable.

Six of the seven children with a viral load above 1000 copies m/l had a LPV level lower than the limit of detection suggesting poor adherence.

A significant proportion of children in the low-dose arm had a greater reduction in both cholesterol and trygliceride levels compared to the standard arm.

Dr Puhanakit agreed with Dr Diana Gibb from the Medical Research Council Clinical Trials Unit in London who commented that the results "would not apply to the use of liquid lopinavir/ritonavir therapy since this study was done with tablets that have a higher bioavailability."

View details of the conference session, Expanding ARV Options for Children: First Line and Beyond, in which this abstract was presented, including some presentation slides and webcasting, on the conference website.

Despite being available in high-income countries for over a 15-year period, a generic, fixed-dose combination pediatric version of DRV/r is still not available. Through this agreement, Unitaid and CHAI are working with Laurus Labs to finally address this critical need.
Clinton Health Access Initiative
13 Sep 21
HIV treatment for children & young people

Dolutegravir superior to standard-of-care in young children: results from the ODYSSEY trial