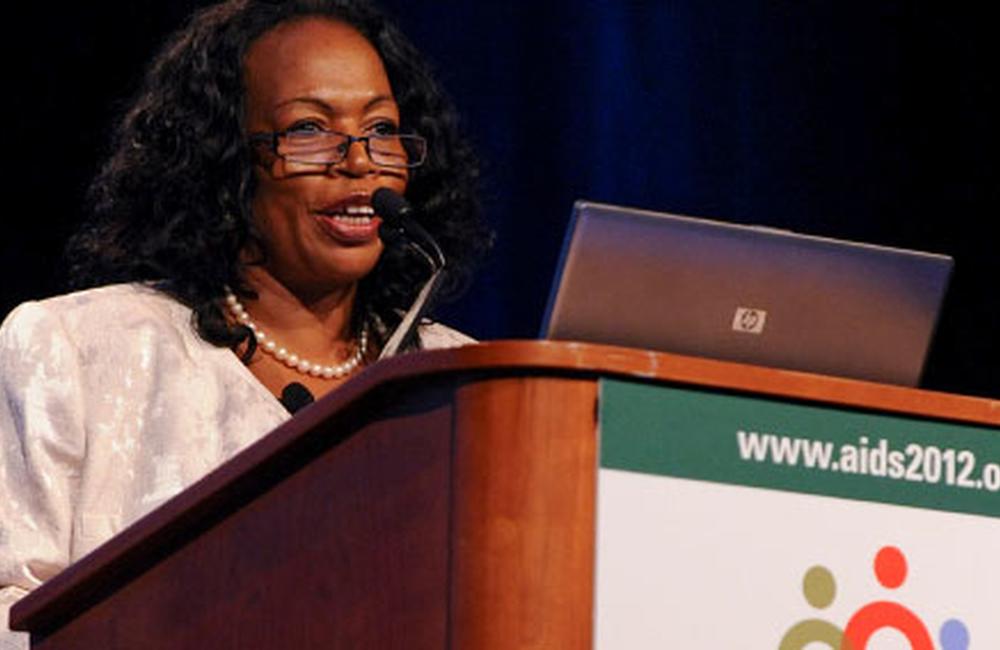 Luo expressed emphatic support for an emerging model for prevention of mother-to-child transmission of HIV (PMTCT): initiating lifelong antiretroviral therapy in HIV-positive pregnant women, regardless of their CD4 count.

Since 2010, many countries have based their national PMTCT policies on one of two interventions identified in 2010 guidelines issued by the World Health Organization (WHO). Under both Option A and Option B, HIV-positive pregnant women who have CD4 cell counts of 350 or less are advised to start lifelong antiretroviral therapy using a triple-combination regimen.

However, women with higher CD4 cell counts are not considered medically eligible for lifelong antiretroviral therapy, and are advised to take antiretrovirals only as prophylaxis against mother-to-child transmission of HIV.

Options A and B differ in their choice of antiretroviral regimens for mothers and infants. Option A has a more complicated treatment protocol, with different maternal regimens administered before birth, during delivery and during the postpartum period. Option B simply calls for a triple antiretroviral regimen to be administered from the fourteenth week of pregnancy until one week after breastfeeding has ended (or until after childbirth if the woman is not breastfeeding). Under both options, infants receive antiretroviral prophylaxis as well.

In April 2012, WHO released a 'programmatic update' to its 2010 guidelines. The update reported that Option B has a number of benefits over option A. It went on to explain the advantages of offering all HIV-positive pregnant women the same triple-combination regimen – an approach dubbed “Option B+”. The new option eliminates the use of a CD4 threshold to determine who is eligible for lifelong treatment and who should only take antiretrovirals until the infant is no longer at risk of HIV exposure.

On the basis of the WHO update, UNICEF is now strongly encouraging countries to consider switching to Option B+. In her remarks, Luo called attention to the experience of Malawi, which adopted Option B+ in 2010. Malawi has since seen major increases in the proportion of HIV-positive pregnant women initiating antiretroviral therapy for the prevention of mother-to-child transmission of HIV and for their own health.

Luo said that, for the Malawian government, a major consideration in deciding to offer antiretrovirals to all HIV-positive pregnant women was the impracticality of providing universal CD4 screening to determine which women were eligible for PMTCT regimens. Another factor was the growing evidence regarding the potential for antiretroviral treatment to reduce HIV transmission to HIV-negative sexual partners.

The Malawian government’s decision to invest in Option B+ is notable in light of its limited resources for responding to a national adult HIV prevalence rate of 11%.

Cost has been a factor encouraging many countries hard-hit by HIV to choose Option A over Option B, since Option A costs less to implement. However, the operational challenges associated with Option A may make it less cost-effective than Option B in the long run, if Option A leads to a higher number of infants needing treatment for HIV infection.

Option B+, not surprisingly, is the most expensive option – but in a newly published Business Case for Options B and B+, the Business Leadership Council for a Generation Born HIV-Free and UNICEF propose that there may again be a net savings resulting from the higher outlay. An important benefit of Option B+ is that it can be expected to lower HIV transmission to male partners of HIV-positive women, since being on antiretroviral therapy will make women less infectious. UNICEF also points out that ongoing antiretroviral therapy should also reduce the risk of mother-to-child transmission of HIV in subsequent pregnancies.

Ultimately, cost-benefit analyses are not the only consideration for governments and the international community. Shortly before the opening of the AIDS 2012 conference, UNICEF Executive Director Anthony Lake called attention to a “moral argument” for Option B+ while speaking at a PMTCT leadership forum co-sponsored by UNICEF and WHO.

UNICEF’s decision to emphasise the benefits of Option B+ comes in the context of evidence showing that progress must be accelerated in order for the global community to achieve ambitious PMTCT-related targets.

PMTCT expert Prof. James McIntyre, speaking at the 4th International Workshop on HIV Pediatrics shortly before the conference opened, expressed concern about the speed of travel and the direction UNICEF is taking regarding PMTCT options.

“It’s important in this wave of optimism to stay grounded in science," he said, noting the lack of long-term data on the outcomes of Option B+ implementation. Finally, he noted, “Amidst all the hype, what happened to treating all women with CD4 cell counts under 350? This seems to have been lost in the process.”

R.J. Simonds, Vice President of Innovation and Policy at the Elizabeth Glaser Pediatric AIDS Foundation, endorsed efforts to roll out Option B+, while at the same time recognising that the implications of this strategy are not yet well understood. “There is huge potential for an Option B+ approach, but we want to make sure that we are doing this in a rational way,” he said in an interview.

“This is a substantive change,” Simonds added. “We need to be moving quickly to generate evidence so that we can fine-tune things.” He cited the need to learn more about adherence in women with higher CD4 counts, and about retention in care.

View a webcast of Chewe Luo's presentation on Turning the Tide on Children and Youth on the conference website.

View a webcast of the whole session on the conference website.

See more information about the session, including listings of presentations, on the conference website.

University of Oxford researchers assessed evidence from 34 studies, involving over 57,000 pregnant women with HIV, and found that protease inhibitor-based antiretroviral therapies significantly increased the risk of babies being small or very small for their gestational age, but there were no other adverse pregnancy outcomes, compared to therapies without protease inhibitors.
University of Oxford
13 Apr 22
More editors' picks