They say we can “end AIDS”, but who will pay for it? 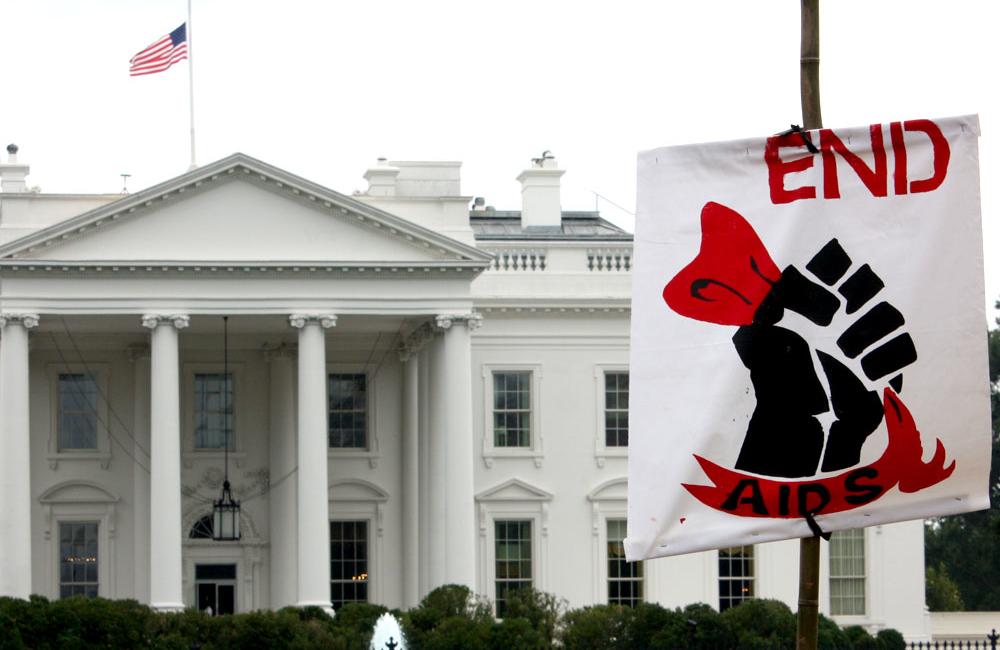 Image by Greta Hughson/aidsmap.com
This article is more than 10 years old. Click here for more recent articles on this topic

With leaders from Mark Dybul to Michel Sidibé to Hillary Clinton to Anthony Fauci all saying that "we can end AIDS", the question is, who will pay for it?

Speaking at a Monday session solely dedicated to financing the HIV response, experts from medical organisations, academia, UNAIDS and government stressed the need for increased financing while recognising that sustainability was key to ensuring a long-term and uninterrupted response.

International funding has been key to the massive scale-up of the HIV response: the President's Emergency Plan for AIDS Relief (PEPFAR) and the Global Fund to Fight HIV, Tuberculosis and Malaria alone account for the majority of the nearly 7 million people in low- and middle-income countries currently receiving antiretroviral (ARV) treatment. But given the global economic recession and "donor fatigue", international funding for HIV has flatlined in recent years.

Most notably, due to a significant financial shortfall, the Global Fund announced in November of last year that an expected funding round would not be launched, and that new money would only be available in 2014. According to Sharonann Lynch of Médicins sans Frontières (MSF), who spoke at the session, "the Global Fund was closed for 2012" which had a "chilling effect for countries' ambitions, and was a shock to the global HIV community".

After intense international pressure, in May, the Global Fund stated that new funding could be available as early as September; but while Lynch said that damage could be "reversed if concerted action is taken", she also noted that unstable funding opportunities can deal a devastating blow to the HIV response.

"It's not only how much money is going to HIV, and how quickly it goes out the door…it does come back to…the timing of these rounds. Not only have the size of the rounds been decreasing over time, but also the time in between rounds has been increasing." Lynch also noted that the Global Fund financial turmoil happened just as other international donors were pulling back, leaving programmes vulnerable.

Describing the situation as a "hot potato", with responsibility passed from one donor to the next, she said that other funders pulled out of programmes "expecting the Global Fund to pick up the pace. But of course without the Global Fund being scaled up, much is at stake."

Lynch warns that, while new money should be released soon, a proposed new funding structure could render some countries ineligible, or only able to apply for specific projects, or unable to renew of their grants as expected. "The new funding model could turn on its head the core foundation of the Global Fund that was meant to be a model that was country-driven and demand-driven," said Lynch.

Other panel participants agreed that international financing is necessary, but also pointed to the need for increased domestic funding, both to help fill the gap, and to take over if and when international funds dried up.

Itamar Katz of Health Systems 20/20 said that while countries were increasingly looking to identify key priorities and potential efficiencies, worryingly few were considering how to "mobilise resources beyond donor funding." This was despite Katz's analysis that international funding levels are "well beyond the levels that can be sustained by [countries]."

In addition to simply allocating more to their budget, countries could consider taxation; taking out loans; debt conversion; and risk-pooling schemes to raise more money for HIV. For example, Kenya, by enacting an insurance premium among government employees and a tax on airline tickets, as well as simply increasing the government budget for HIV, decreased donor dependency. While donors were responsible for 84% of the total HIV budget in 2008/2009, this figure dropped to 73% in 2012/2013 once the new funding mechanisms were imposed.

Katz said that countries must "have sustainability plans before investment begins….each time there is a new investment there will be a gradual and well-planned transition from the donor to the country."

Ani Shakarishvili, UNAIDS country coordinator for Ukraine, noted that while only 50% of the country's HIV/AIDS budget came from external sources - a relatively low proportion when compared with many high burden countries, especially those in Africa - nearly all of the funding for vulnerable populations, such as men who have sex with men, intravenous drug users, and female sex workers, is from international aid, specifically the Global Fund.

While the country's HIV prevalence rate is 0.8% - the highest in Europe - these rates jump significantly among marginalised populations: 22% of intravenous drug users, 9% of female sex workers, and 6% of men who have sex with men are infected with the virus.

The country's refusal to pay for most at-risk populations comes from social marginalisation and stigmatisation of the most vulnerable, and slow political change. In part because of a high dependence on external funders, a $138 million gap is expected by 2015. The country's ARV program, while nearly entirely financed by the government, currently only treats 23% of those in need; only 0.7% of Ukraine's health budget goes to HIV. Shakarishvili is convinced that "sustainable financing," her euphemism for increased domestic financing, was possible, but that external support would still be needed as government increased the allocation of domestic resources.

Other countries have already increased their domestic financing for HIV. Thobile Mbengashe from the Department of Health, Republic of South Africa, noted that the country currently paid for 80% of the country's AIDS response, mostly from a conditional grant set aside by the government specifically for HIV, and the remaining from provincial budgets. 70% of the country's total HIV budget goes to treatment. Currently South Africa pays approximately $600 per person per year, as compared with $200 per person per year in other African countries. He explained that this is because South Africa is a "middle income country and most of the costs for human resources are higher compared to other countries, despite the fact that we have [reduced] costs using [nurse-initiated management of ART]. In our last [ARV] tender, we were able to reduce the cost of drugs by 50%…But there are a lot of opportunities to reduce cost further." Mbengashe also noted that more money should be put into prevention.

Given the recognition that long-term, effective HIV programs require significant financial resources, and noting the instability of international funding, donors, international agencies, and domestic governments alike are looking for alternative resources to ensure sustained and robust funding. Innovative approaches for HIV financing are being modeled and implemented so that coffers can be increased.

An example of a "home-grown solution" to innovative HIV financing is the Zimbabwean AIDS Levy. First enacted in 1999 through an act of Parliament, the levy requires 3% of income tax for every person formally employed within the country, which is collected at the end of each month. The monies are then used to fund the HIV response and the National AIDS Council of Zimbabwe (NACZ), whose multi-sectoral members are responsible for deciding how the funds should be used.

Currently 50% of the funding is used for HIV treatment, with the rest going to monitoring and evaluation, prevention, and creating an enabling environment. Myriad groups can apply to receive some of the funding, and the fund is subject to an internal and external audit annually.

According to Albert Manenji of the National AIDS Council of Zimbabwe (NACZ), the fund not only generates much-needed revenues, but also shows "significant political commitment" and allows for Zimbabweans to set their own domestic priorities with a predictable flow of funding, as "donors will say where they want the money to be used, irrespective of whether its a priority in the country or not".

The find is not without its problems, including significant depreciation of the fund during a period of hyperinflation, and it draws revenue from approximately 30% of the Zimbabwean population, as the rest are either unemployed or informally employed. Nevertheless, it raised US$7.9 million in the fourth quarter of 2011. Manenji hopes the Zimbabwe example can act as a model for other countries to implement their own taxes. "If this can happen in an economy that is performing at 40% of its capacity, [it] shows that the opportunity to grow is there."

Andrew Hill of Liverpool University said that other taxes could potentially raise millions for the global HIV response, as well as for other public health priorities.

Presenting what he dubbed a "Global Health Charge," Hill suggested that a one-US-cent tax per ten millilitres of alcohol and a 10-US-cent tax on a pack of 20 cigarettes could generate enough money in 10 of the 20 countries facing the highest burden of HIV to not only fund universal access, but also spur efforts to fight TB and malaria.

View a webcast of this session here.

To read a full report on the Global Health Charge study, follow this link.

Medicines manufacturer Aspen Pharmacare says that licences should be given to African producers so that cabotegravir can be made more affordable and accessible.
GroundUp
1 Dec 22
Finance & funding

Global Fund hits $15.7B in fundraising as UK and Italy make pledges

The United Kingdom and Italy finally pledged their financial support to The Global Fund to Fight AIDS, Tuberculosis and Malaria, bringing the total raised for its latest replenishment drive to $15.7 billion two months after it fell short of hitting its target.
Devex
22 Nov 22
More editors' picks