HIV treatment for children: how programmes are improving diagnosis and retention 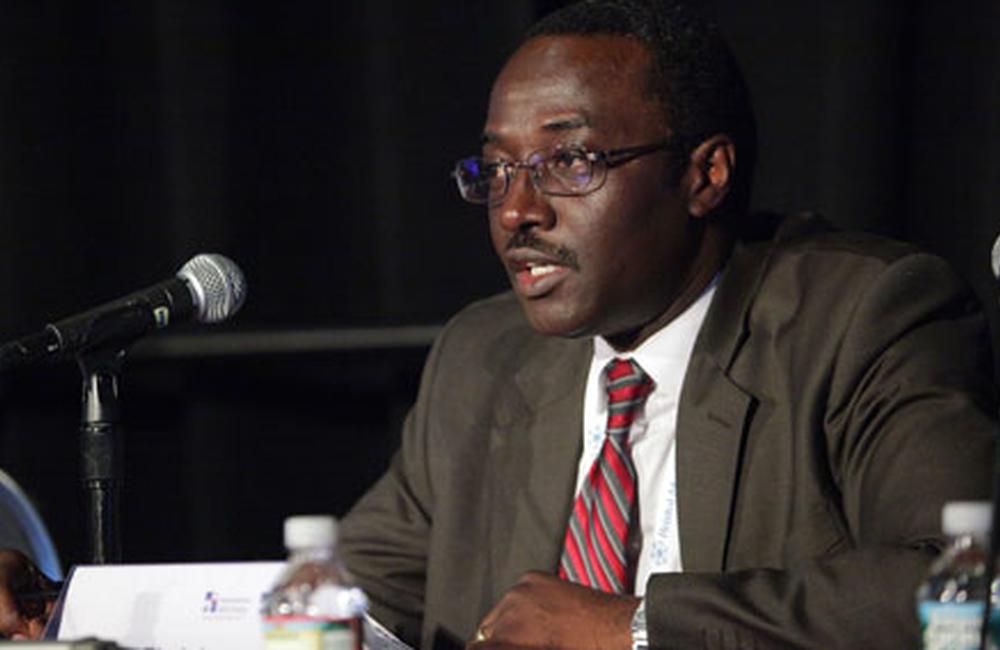 Rene Ekpini of UNICEF. © IAS/Steve Shapiro - Commercialimage.net
This article is more than 8 years old. Click here for more recent articles on this topic

“It is unacceptable that children at this point in time are not receiving treatment,” René Ekpini of UNICEF told a satellite session supported by UNICEF, IAS-ILF and MSH last Sunday at the 19th International AIDS Conference (AIDS 2012) in Washington DC.

This means, he continued, moving beyond discussion of drug regimens and looking at how the 75% of children in need of treatment – and who remain untreated – can be identified, receive care and treatment, and most importantly, remain in care.

Practical examples presented included the initial implementation on a national scale of Option B+ (giving ART to all HIV-positive women regardless of CD4 count) in Malawi as an alternative to prophylaxis during pregnancy, labour, delivery and after birth and how this has positively affected scale-up; identifying HIV-exposed infants in Zimbabwe; keeping children in care and treatment programmes; to streamlining the best and most appropriate paediatric formulations at the national level.

When asked what she considered key to the success of efforts to increase the number of children receiving treatment, Dr Dorothy Mbori-Ngachi of UNICEF stressed the critical role that community plays throughout the entire process. Examples include peer support, peer mentors, patient advocates and community volunteers accompanying children to the clinics.

This was further illustrated in a presentation on July 26 on the role of community in helping achieve national paediatric treatment targets in rural Kenya, described below.

Malawi is a small country with minimal capacity and resources. Moving beyond Option B+ was the only realistic option for the elimination of mother-to-child transmission (eMTCT) within the Malawian context, Dr. Erik Shouten stated. Adopting Option B+ eliminates the need for CD4 testing; it is simpler than Option A; makes breastfeeding safe; provides protection for uninfected sex partners; reduces TB and improves the health of the mother. There is now one standard for ART and PMTCT within the health system.

Implementation involved obtaining buy-in from all stakeholders, planning, costing, forecasting, development of guidelines, monitoring and evaluation tools and supervisory systems. This was not an easy task. The decision was made to undertake full-scale implementation and not begin with a pilot or scale-up slowly.

Decentralisation of ART services has been accelerated, bringing ART to the lowest levels of the healthcare system. Dr Shouten described Option B+ as a game-changer. While it is not without challenges, implementation has brought a six-fold increase in pregnant and breastfeeding women on ART from 1200 in the second quarter of 2011 to 15,000 in the fourth quarter.

Option B+ is not the sole solution to eMTCT, he added. Challenges include:

Sixty-nine per cent of HIV exposed infants were identified at the U5Cs and 14% at the PMTCT clinics.

Having PITC at all entry points does not guarantee comprehensive coverage or that caregivers will get the results. In the MSF Bulawayo programme 99% of mothers who were part of a mentor-mother programme (M2M) had their infant tested for HIV compared to less than 50% of mothers not in the M2M programme. Similarly, those mothers who were supported were more likely to get the results.

Improving retention is critical for treatment and care programmes to be effective. Over 50% of mothers (out of less than a quarter currently accessing care) will be lost at some point along the continuum of care.

Adolescents and those under two years of age have the greatest risk for loss to follow-up (LTFU). Reasons are multiple and include: disclosure, death, transportation issues, refused care, work commitments. Other factors that may overlap include financial barriers, health system weaknesses, community factors and caregiver characteristics.

National paediatric HIV clinic enrolment targets have been met in the rural Southern Rift Valley Province, Kenya, with retention rates of over 80%, comparable to those of adults, Argwings Miruka, presenting on behalf of the Walter Reed Project, Kericho, a joint Kenyan and US government partnership, reported at the 19th International AIDS Conference.

With an estimated 7000 to 10,000 children infected with HIV every year in Kenya, identifying and enrolling children into care to meet the national target of 10% and keep them in care is challenging, and often lags behind adult uptake.

Within rural settings extreme poverty, malnutrition, the considerable distance to the nearest health clinic (on average 15 kilometres) and frequent change of caregiver all compound the challenges.

With the support of the US President’s Emergency Plan for AIDS Relief (PEPFAR) in 2004, HIV/AIDS treatment and care programmes in the Southern Rift Valley were begun. Efforts to decentralise care were made and clinics (ART sites) were brought closer to the rural population.

“Mwanganzi” or caregivers, often HIV-positive adults, were recruited to bring the children to the clinics. Paediatric support groups were formed where the children could also have fun. Caregivers were trained and paediatric retreats with specialist trainings for health care workers held. Service integration into other maternal and child health clinics has begun and links to the community established.

In total, 44.3% started first-line ART, 2.5% switched to second-line treatment, and 1% started third-line during the follow-up period.

Steps are being undertaken to establish a specialist care hospital in the region. Malnutrition and transport costs continue to prove challenging.

Targets can be met as long as the psychosocial factors affecting the children are addressed along with the key challenges, concluded Dr. Miruka.

View information on the satellite session, with links to slides, on the conference website.

On July 27 2020, the U.S. Department of Health and Human Services' (HHS) Health Resources and Services Administration (HRSA) launched a Special Collection of manuscripts across the open-access journals PLOS Medicine and PLOS ONE, highlighting the Ryan White HIV/AIDS Program's innovative approaches for the ngagement of people with HIV who are not in care and not virally suppressed.
EurekAlert
3 Aug 20
Retention & linkage to care

Many women who attend HIV care during pregnancy do not continue after giving birth. This has led to challenges in decreasing the rate of mother-to-child transmission in countries where it is high, such as Ghana.
BMC blog
22 Jul 20
Mental & emotional health problems