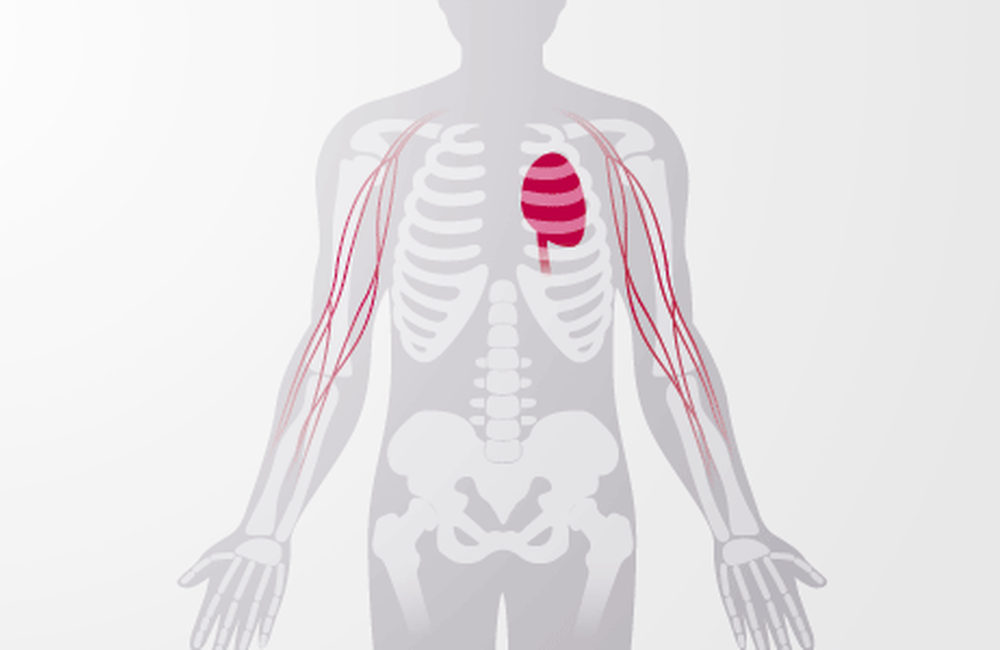 An important marker of sub-clinical cardiovascular risk is associated with reduced bone mineral density in the hips of HIV-positive patients, according to Italian research presented to the Sixth International AIDS Society conference (IAS 2011) in Rome.

The investigators found that calcification – or hardening – of the coronary artery was associated with low bone density in the femoral hip.

Research conducted in HIV-negative patients has found that individuals with reduced bone mineral density are also more likely to have hardening of the coronary artery. This association appears to be of clinical significance. Post-menopausal women with osteoporosis are known to have an increased risk of a cardiovascular event. Moreover, both hardening of the arteries and osteoporosis have a similar pathology, and they are also share risk factors – for example low levels of vitamin D, a highly prevalent condition in HIV-positive people.

However, little is known about the association between calcification of the coronary artery and bone mineral density in HIV-positive patients.

The Italian investigators therefore undertook a study involving 812 patients who received care between 2006 and 2010.

They hypothesised that there would be a relationship between cardiovascular and bone complications in these patients.

None of the patients had a history of cardiovascular disease. After monitoring, the patients were divided into two groups dependent on their coronary artery calcification score (above or below 100, the higher score indicating more hardening of the artery).

There was a higher prevalence of low bone mineral density in the hip among patients with a coronary artery calcification score above 100 than in patients with a score below 100 (23 vs 15%).

However, reduced bone mineral in the lower spine was comparable between patients with higher and lower calcification scores (16 vs 15%).

A series of statistical analyses were then performed to see which factors were associated with hardening of the coronary artery and reduced bone density in the hip.

A second model added risk factors for cardiovascular disease such as a high body mass index, diabetes and a high Framingham score, and the result found an increased risk that fell just short of statistical significance (OR = 2.01; 95% CI, 0.97-4.19, p = 0.06).

A 'bootstrap' analysis that compensated for the low number of recorded events confirmed the robustness of the investigators’ findings. It also underlined the significance of traditional risk factors such as age, kidney function and diabetes to coronary calcification and reduced bone mineral density in the femoral neck of the hip.

The investigators were unable to explain why hardening of the coronary artery was associated with reduced bone density in the hip, but not in the spine.

However, they emphasised that lifestyle changes such as regular exercise, a good diet, and stopping smoking could reduce both cardiovascular and bone problems in patients with HIV.

I’ve just spent eight days in hospital undergoing open-heart surgery. It’s been a life-changing experience, a series of revelations that showed both my strengths and my vulnerabilities. It also influenced how I view my own HIV and that of others and where I go next.
POZ
5 Aug 21
Cardiovascular disease

Patients who are HIV-positive – even those who are at low-to-moderate risk for cardiovascular disease – have more coronary plaque, according to research conducted with coronary CT angiography (CCTA).
Contagion Live
5 Jul 21
Women