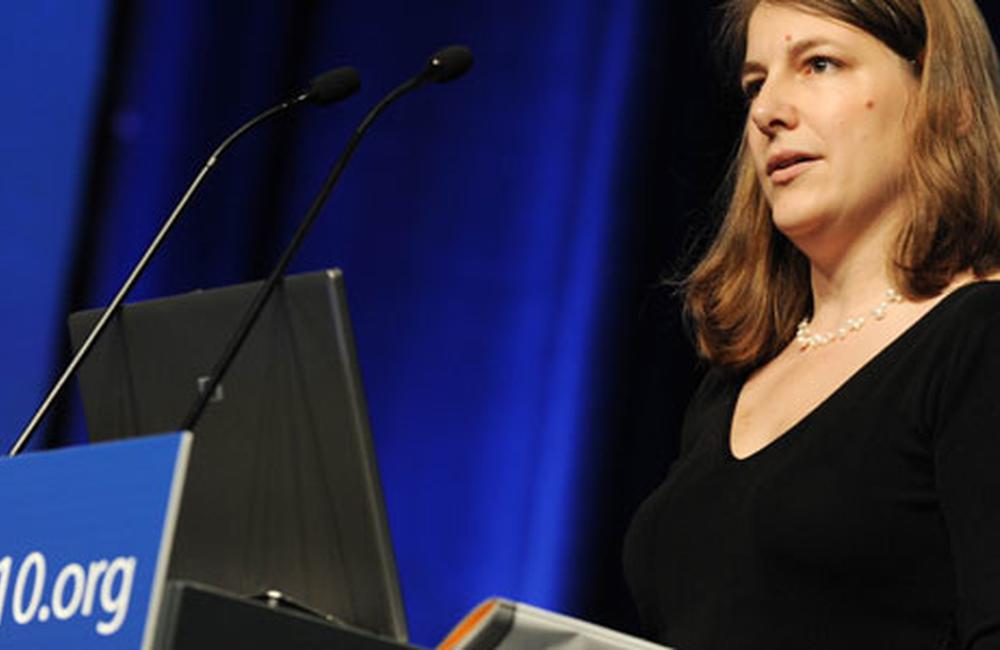 Starting antiretroviral treatment early in HIV-infected infants, at a median of seven weeks of age, resulted in cost savings of 80%, compared to deferring treatment until a median age of 29 weeks, reported Gesine Meyer-Rath today at a late-breaker session of the Eighteenth International AIDS Conference in Vienna. Her presentation gave the results of a comparative economic analysis of treatment in the first year of life from the Children with HIV Early Antiretroviral Therapy (CHER) trial in South Africa.

While outpatient costs for those infants in a real-life "routine" care setting were three to four times lower than in the two other arms (early and deferred) due to lack of antiretroviral therapy, the savings were cancelled out by the higher costs of inpatient care, accounting for 85% of total costs.

The preliminary results of the ongoing CHER landmark study, conducted in Johannesburg and Cape Town, South Africa, have led the World Health Organization (WHO) to recommend immediate treatment of all HIV-infected children under the age of two regardless of their CD4 count or disease stage.

The study showed that starting antiretroviral treatment in asymptomatic HIV-infected infants with a CD4 percentage of less than 25%,at a median age of seven weeks, reduced the death rate from 16 to 4% in a follow-up period of 32 weeks, compared to those where treatment was delayed – representing a 76% reduction in infant deaths in the immediate-treatment arm.  Those with delayed treatment showed a rapid disease progression and sudden death.

Concerns over the cost of early treatment, as well as the affordability of full coverage with paediatric treatment, appear to be one of the the primary obstacles to implementation. This led the researchers to analyse the full cost of care during the first year of life from a provider perspective.

The researchers chose to compare the costs of this strategy with “routine” care in a real-life clinic setting where eligibility for treatment was based on WHO guidelines in use at the time: stage 3 or 4 clinical disease or CD4 percentages under 20%. In this setting, the mean CD4 percentage was 15% when starting antiretroviral treatment.

Data on use of outpatient and inpatient resources data were collected for each of the three arms for the first 12 months of life: the CHER trial comprised both 373 infants randomised to receive either early (arms 2/3; 284 in total) or deferred (arm 1; totalling 89) antiretroviral treatment, and 143 infants who started antiretroviral treatment at the Empilweni Clinic in Johannesburg between 2005 and 2007 (the "routine" arm).

Mean ages at the start of antiretroviral treatment were 10, 20 and 27 weeks for the early, deferred and “routine” arms, respectively.

"Patient resource use" included the number of clinic consultations, antiretroviral drugs given out, laboratory tests and days spent as an inpatient. Clinic and hospital accounts provided staff costs inclusive of benefits, equipment, supplies and overheads. The South African government medical department provided the unit cost of drugs and the government laboratory service provided costs of laboratory tests. All cost data were based on 2009 figures.

The infants were followed from the start of treatment for ten months, nine months and three months in the early, deferred and “routine” arms, respectively.

The cost differences are mostly due to the number of hospitalisations. The mean number of days as inpatients was:

The level of hospitalisation reflects the severity of illness of each child.

Laboratory costs and staff and overheads did not differ significantly between the early and deferred arms.

The researchers then looked at what the budget implications would be for South Africa, based on the National ART Cost Model (NACM)/Budget Review of the National Treasury.

Dr Meyer-Rath noted a number of limitations including:

Early treatment during the first year of life not only improves infant survival but provides significant cost savings, notably in terms of resource use within the hospital or clinic setting, than either deferred or “routine” treatment, the research group concluded.