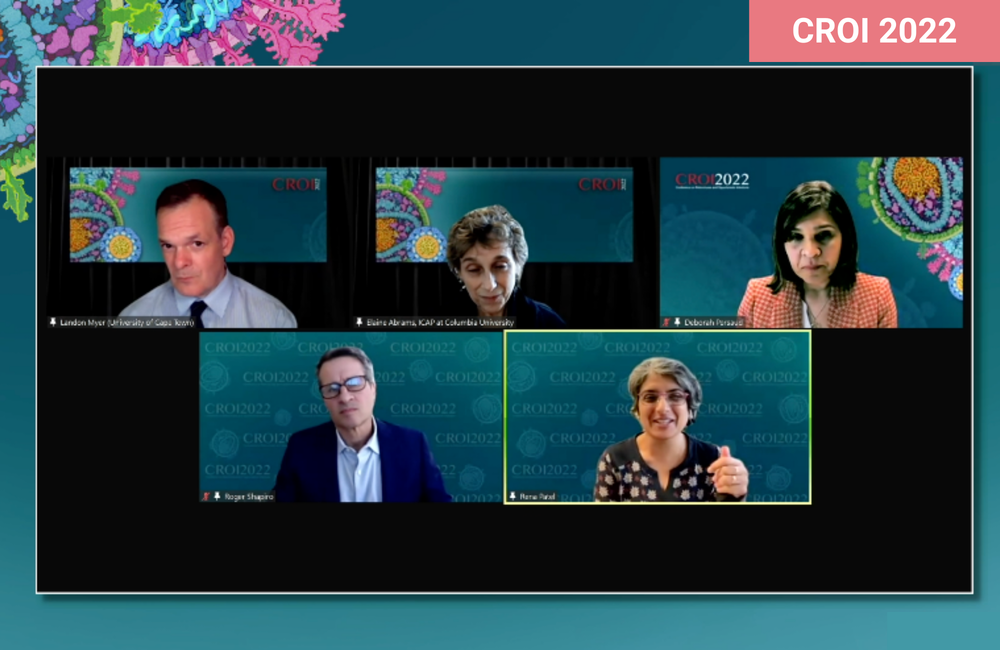 Improved access to viral load and drug resistance testing is not enough to improve viral suppression in children with HIV, researchers from Kenya and the United States reported at the Conference on Retroviruses and Opportunistic Infections (CROI 2022) this week.

Dr Rena Patel of the University of Washington, Seattle, presenting results of the Opt4Kids study, noted that viral suppression rates remain lower among children than adults in lower-income settings. The prevalence of drug resistance is high among children with HIV, making it critical that children receive regimens that are active against drug-resistant virus and that clinicians have timely viral load information to enable a switch in treatment before high-level drug resistance emerges.

The hypothesis of Opt4Kids was that point-of-care viral load testing and early referral for drug resistance testing would speed up clinical decision-making resulting in improved treatment outcomes among children with HIV.

The study recruited two groups of children with HIV on their first or second antiretroviral regimen, 1-9 year-olds and 10-14 year-olds, at five public HIV clinics in the Kisumu region of Kenya. The region has the highest prevalence among children in Kenya.

The study randomised 704 children to intervention or control groups (380 aged 1-9 years and 324 aged 10-14 years). A total of 40 participants discontinued participation or became lost to follow up, leaving 353 in the intervention group and 351 in the control group available for analysis.

The study population had a median age of 9 years, had initiated antiretroviral treatment at a median age of 2 years and had been taking antiretroviral treatment for a median of 5.8 years. Participants were almost as likely to be taking a protease inhibitor-based regimen (42%) as a non-nucleoside reverse transcriptase inhibitor (NNRTI)-based regimen (54%). Integrase inhibitor use was rare (4%) at study entry but by the end of the follow-up period nearly 60% of children had been switched to dolutegravir.

Eleven per cent of the study population had a viral load above 1000 and 13% had missing viral load data at enrolment.

As younger children depend on caregivers to adhere to antiretroviral regimens, the investigators examined caregiving arrangements. The primary caregiver for 68% of children was their mother, 8% were cared for by fathers and 21% by other relatives. Two-thirds of caregivers were living with HIV (including almost all mothers) and approximately 90% of this group had a suppressed viral load.

The primary study outcome was the proportion of participants in each study arm with viral load below 1000 12 months after entering the study. At 12 months, 90.4% of the intervention group and 91.7% of the control group had viral loads below 1000, a non-significant difference. Similarly, there was no difference in the rates of viral suppression below 40 in the two study arms (75.4 vs 73.1%). There was no significant difference when achievement of the primary outcome was measured by sex, age or time on antiretroviral treatment. Viral suppression rates were similar across all sub-groups.

Viral re-suppression rates were similar between the study arms; 69.5% of the intervention group and 63.1% of the control group had re-suppressed viral load below 1000 after a viral load measurement above 1000.

The study investigators think that they missed enrolling children who were most vulnerable to viral rebound into the study, as historic facility-level data showed viral suppression rates closer to 70%. However, service improvements at the time of the study, especially the introduction of dolutegravir treatment, may also have improved viral suppression rates. However, the study investigators also concede that viral load monitoring may not address the root causes that lead to children experiencing viral rebound in the first place. Children may need more intensive support.