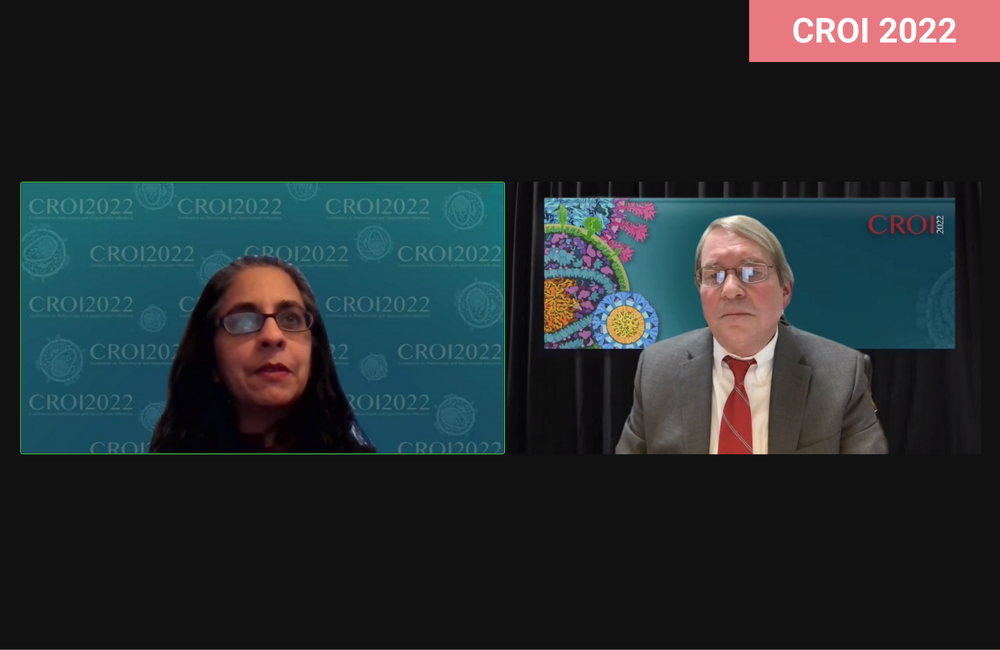 While the overall lifetime risk of receiving an HIV diagnosis in the US has decreased by 11% when comparing 2010-2014 to 2017-2019 – with a new estimate of 1 in 120 – stark racial and geographic disparities remain, Dr Sonia Singh from the US Centers for Disease Control and Prevention reported to the Conference on Retroviruses and Opportunistic Infections (CROI 2022) yesterday.

There has been no improvement in lifetime HIV risk for groups such as Latinx people, American Indians, and White females. Additionally, lifetime risk is markedly higher for some racial groups: Black males have a six times higher lifetime risk than White males, while Black females have a nearly 12 times higher risk than White females. Risk also differs dramatically based on where you live in the US, from a high of 1 in 39 in Washington DC down to 1 in 655 in Wyoming.

In order to estimate lifetime HIV risk for people of different racial and sex groups from different parts of the US, researchers obtained data on HIV diagnoses from the National HIV Surveillance System, national mortality data and census population counts. This analysis was conducted on data from 2017 to 2019 and follows a previous study of an earlier time period, 2010 to 2014.

The lifetime risk estimates are based on the cumulative probability of receiving an HIV diagnosis at any point across the lifespan from birth, assuming that the 2017 to 2019 diagnosis rates continue.

At every age, males had a higher lifetime risk of being diagnosed with HIV than females. The overall lifetime risk differed substantially based on sex: for males, it was 1 in 76, while it was only 1 in 309 for females.

In terms of racial differences, risk was highest among Black (1 in 27) and Latino (1 in 50) males, but lowest among Asian (1 in 187) and White (1 in 171) males. Groups such as Native Hawaiian/Other Pacific Islander (1 in 89) and American Indian/Alaskan Native (1 in 116) fell in between. When compared to White males, Black males had a 6.3 times higher risk and Latino males a 3.4 times higher risk of being diagnosed with HIV in their lifetime.

To compare with the 2010-2014 period, lifetime risk was previously 1 in 51 for Latino males (no change) and 1 in 22 for Black males (slight reduction in risk in recent years), whereas there have been larger reductions for groups such as White males (1 in 140). Risk has increased for American Indian males (1 in 131).

Females followed a similar racial pattern in 2017-2019, with Black (1 in 75) and Latina (1 in 287) females having the highest risk and Asian (1 in 1298) and White (1 in 874) females having the lowest risk. Native Hawaiian/Other Pacific Islander (1 in 611) and American Indian/Alaskan Native (1 in 435) females also fell in between. When compared to White females, Black females had an 11.7 times higher risk and Latina females a 3 times higher risk of being diagnosed with HIV in their lifetime.

Looking back at the 2010-2014 period, lifetime risk was 1 in 256 for Latina females (minimal change) and 1 in 54 for Black females (reduction in risk), whereas there have been increases in risk for groups such as White females (1 in 941). It has remained largely unchanged for American Indian females (1 in 403).

Additionally, the researchers calculated a ten-year age conditional-risk: this provides the probability of a person receiving an HIV diagnosis in the following decade. For males, the risk of being diagnosed with HIV in the next ten years was highest at age 20 (1 in 195), while for females it was highest at age 30 (1 in 1152).

Lifetime risk of being diagnosed with HIV varied widely from state to state, with the highest risk in Washington DC (1 in 39) and Georgia (1 in 59), and the lowest in Wyoming (1 in 655). Apart from Nevada (1 in 84) and New York (1 in 108), most of the highest risk states were located in the south, including Florida (1 in 63), Louisiana (1 in 69), Mississippi (1 in 90), Maryland (1 in 85) and Texas (1 in 93). These southern states have been identified as requiring urgent reductions in HIV transmission by the national Ending the HIV Epidemic initiative.

Overall, lifetime risk of HIV diagnosis has decreased among both males and females, but this decrease was not seen across all racial and ethnic groups. Lifetime risk continues to be heavily patterned along sex, racial and geographic lines in the US.

Using estimates of lifetime risk may be a useful tool for practitioners, public health professionals and laypeople to communicate more effectively about the burden of HIV overall in the US, and in specific communities. This provides an indication of where prevention efforts need to be strengthened. For instance testing interventions need to be emphasised in younger age groups, such as people in their twenties and thirties, where the ten-year age conditional-risk is highest.

Singh indicated during a press conference that further analyses to estimate HIV lifetime risk would be conducted for specific subgroups, such as Black gay and bisexual men. She emphasised the need to urgently attend to structural factors that predispose certain racial groups to a much higher lifetime risk than others. However, she also remarked on the progress that has been made since the last estimates, mentioning the marked impacts of both treatment as prevention and PrEP.

Singh S et al. Estimating the lifetime risk of a diagnosis of HIV infection in the United States. Conference on Retroviruses and Opportunistic Infections, abstract 43, 2022.