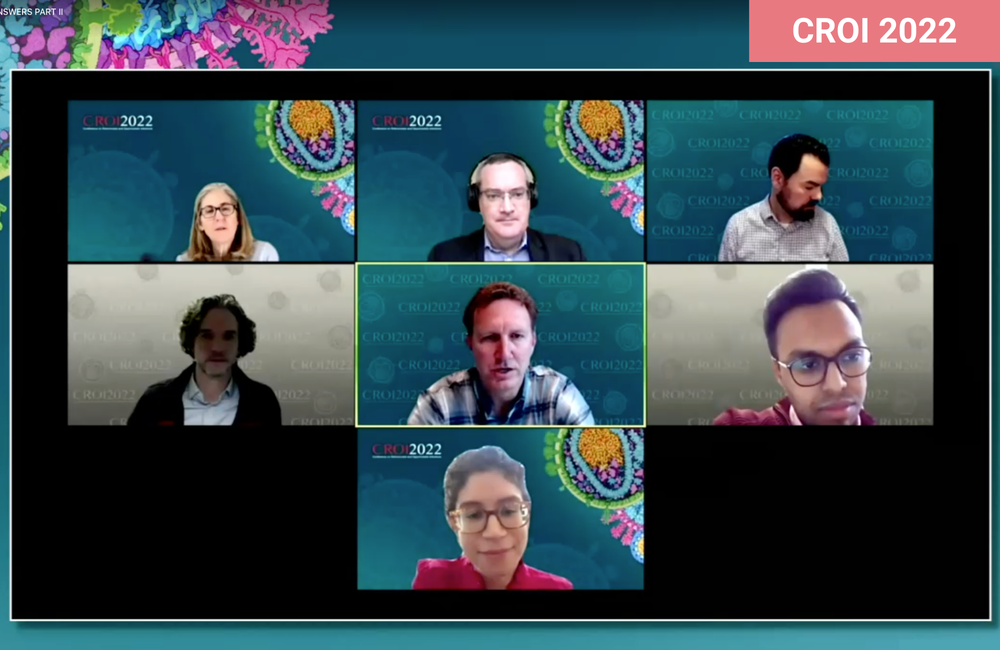 People living with HIV in two US cities had a 60% higher risk of myocardial infarction, or heart attack, compared with HIV-negative individuals, with a widening disparity over time, according to research presented yesterday at the Conference on Retroviruses and Opportunistic Infections (CROI 2022). These findings underscore the need for ongoing monitoring and interventions to manage cardiovascular disease in this population.

Cardiovascular disease is the leading cause of death in the United States and Europe. Previous research showed that people living with HIV had a higher risk of cardiovascular events than HIV-negative people, likely attributable to higher rates of traditional risk factors such as high blood pressure and smoking. Inflammation due to chronic HIV infection, immune system dysregulation and certain antiretroviral drugs may also contribute to the higher risk.

Today, the HIV population is ageing, but people are using different antiretrovirals, are less likely to have a low CD4 cell count and are more likely to have well-controlled HIV, so the risk of myocardial infarction (MI) may have shifted over time.

Dr Michael Silverberg of the Kaiser Permanente Division of Research and colleagues assessed changes in MI incidence over time for HIV-positive and HIV-negative members of two large health systems who had similar cardiovascular risk profiles. They compared two calendar eras, 2005-2009 and 2010-2017.

The analysis included 9401 HIV-positive adults from Kaiser Permanente Northern California, which serves the San Francisco Bay Area, and Mass General Brigham, which serves Boston and the surrounding region. They were each matched to three or four HIV-negative individuals (total 29,418) with similar demographics and Framingham cardiovascular risk scores, a measure that incorporates blood pressure, cholesterol levels or body mass index, diabetes and smoking.

Nearly 90% of participants were men – reflecting the HIV populations in San Francisco and Boston – and the mean age was approximately 44 years. About half were White and about 18% were Black. Around a quarter currently smoked, a quarter were taking medications for hypertension and about 6% had diabetes.

The characteristics of the HIV-positive group changed over time. During the earlier era, 76% were on antiretroviral therapy (ART), about half on protease inhibitors and half on NNRTIs, 61% had viral suppression (below 400 copies/ml) and the mean CD4 count was 470. During the later era, 88% were on ART, 77% had viral suppression and the mean CD4 count was 587. The proportion taking protease inhibitors fell to 27% while integrase inhibitor use rose to 40%.

During the early era, the cumulative incidence of myocardial infarction over five years was the same in the HIV-positive and HIV negative groups, at 1.1% each. But in the later era, the rates diverged. The five-year MI rate rose to 1.2% in the HIV-positive group while falling to 0.9% in the HIV-negative group, a statistically significant difference. After adjusting for demographics and cardiovascular risk factors, people with HIV had a 60% greater risk of MI compared with the HIV-negative group during the period of 2010-2017.

A similar pattern was seen when the researchers used a ten-year event horizon and stratified the results by sex, though there were too few women to draw firm conclusions. Dr Paul Sax of Brigham and Women's Hospital pointed out that the HIV populations in San Francisco and Boston may not reflect the US epidemic more broadly.

The researchers noted that the difference in MI risk in the later period appeared to be largely driven by a reduction in risk for the HIV-negative group more than increased risk for the HIV-positive group. They suggested that HIV-specific factors such as a longer duration of infection and use of newer antiretrovirals may have prevented people with HIV from realising the same improvement in MI risk seen in the HIV-negative group. For example, integrase inhibitors have been linked to weight gain and tenofovir alafenamide is associated with elevated blood lipids, unlike the older tenofovir disoproxil fumarate.

These findings, Silverberg said, point to the need for cardiovascular disease prevention interventions for people living with HIV.