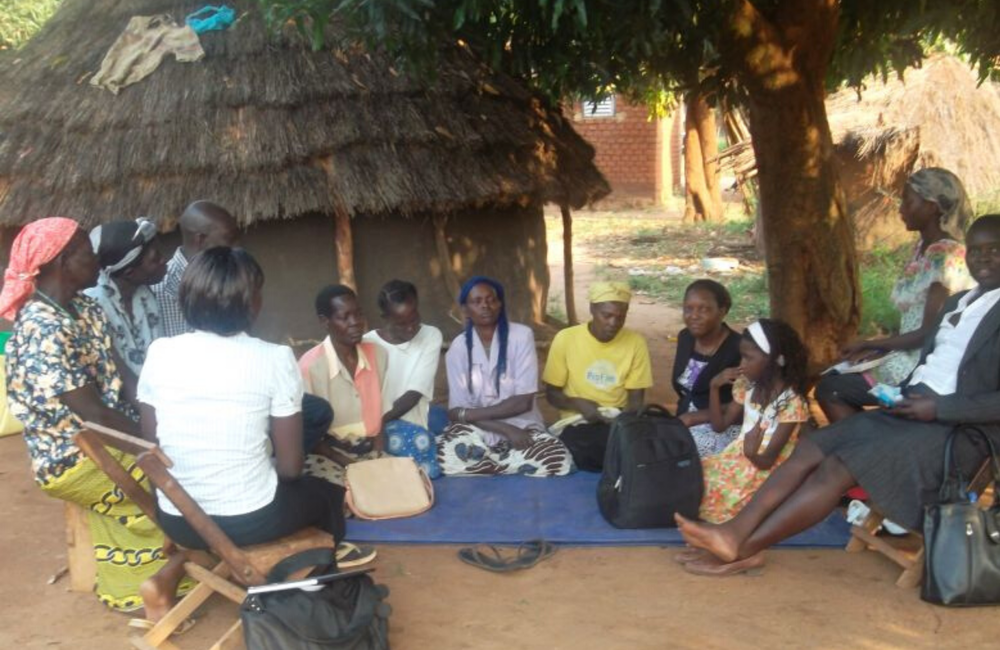 Group support psychological therapy led by lay health workers is effective at alleviating symptoms of major depression among HIV-positive adults, according to research conducted in rural Uganda and published in The Lancet Global Health. Rates of depression and overall function were much better among people who participated in the psychotherapy sessions compared to individuals enrolled in sessions providing general HIV information.

“Study findings indicate that it is possible to overcome barriers of poverty, remoteness, mental health stigma, and cultural ignorance to provide a comprehensive HIV care model to people living with HIV in rural areas,” comment the investigators. “Lay health workers delivering group support psychotherapy for depression care within routine primary care in a low-resource setting might have the potential to accelerate attainment of the UNAIDS 90-90-90 targets.”

The prevalence of depression and other mental health disorders among people living with HIV in sub-Saharan Africa is estimated between 13 and 78%, far higher than rates observed in the general population. HIV treatment programmes in the region do not generally include mental health screening. For low- and middle-income countries, the World Health Organization recommends talking therapies as first-line therapy for depression. However, there is a lack of information on their effectiveness and cost-effectiveness for people with HIV.

Dr Etheldreda Nakimuli-Mpungu of Makerere University, Kampala and colleagues wanted to see if group psychotherapy sessions led by lay health workers were an effective treatment for depression in HIV-positive adults with mild to moderate depression.

They therefore designed a study involving 1140 individuals receiving HIV care, who were clinically depressed, at 30 health centres in rural northern Uganda, a post-conflict zone. Half were randomised to receive culturally appropriate group psychotherapy, the others participated in group sessions providing general HIV information.

The group psychotherapy was based on the principles of the cognitive behaviour theory, social learning theory and the sustainable livelihoods framework. Two sessions focused on income-generating skills.

The primary outcomes were rates of major depression and overall function (ability to perform various tasks) six months after the completion of the intervention. Other outcomes included symptoms of PTSD, excess alcohol consumption, suicide risk, adherence to antiretroviral therapy and the cost-effectiveness of the intervention.

"The intervention provided skills to address major risk factors for depression, including stigma, discrimination and poverty."

The participants were evenly split between men and women, mostly with primary school education (86%), predominantly peasant farmers (55%) or not employed (36%), with an undetectable viral load (88%). Three-quarters had symptoms of PTSD.

Assessment six months after the completion of the intervention showed that only two participants in the psychotherapy group (< 1%) had a major depression compared to 28% of individuals in the general HIV education group, a highly significant difference (p < 0.001).

Average overall functioning scores were also much higher for the group psychotherapy participants than the general HIV education group (9.85 vs 6.82, p < 0.001).

There were two suicides in each group.

The benefits associated with group psychotherapy were sustained through to 12 months of follow-up. The greatest impact was seen in male participants.

The investigators believe there are several reasons why group psychotherapy had such positive results. These include the inclusion of components dealing with learning to seek emotional and social support, positive coping skills and income generating skills. These are “active” skills that can provide a buffer against depression. The intervention provided skills to address major risk factors for depression, including stigma, discrimination and poverty.

People living with HIV and depression were actively involved in the development of the intervention, thereby ensuring it was culturally sensitive.

Benefits of group psychotherapy are also likely to have included catharsis, altruism and socialisation, suggest the investigators.

The cost of the intervention was calculated at $13 per disability-adjusted life-year adjusted, which would be highly cost-effective for a low-income country such as Uganda. Given the shortage of trained mental health specialists in low-income countries, shifting tasks to lay health workers is a more sustainable approach.

“Integrating group support psychotherapy into existing HIV service delivery platforms is an important step in helping treat and manage mild to moderate major depression in this population,” conclude the authors.

In an accompanying editorial comment, Dr Eirini Karyotaki and Dr John Naslund suggest the study adds “compelling evidence” of the cost-effectiveness of treating depression among people living with HIV in low- and middle-income countries. They conclude: “These findings open new research avenues for mental health care of people living with HIV, and to addressing the major challenges posed by comorbid depression with HIV for individuals in society, especially in low- and middle-income countries where speciality mental health providers are scarce.”