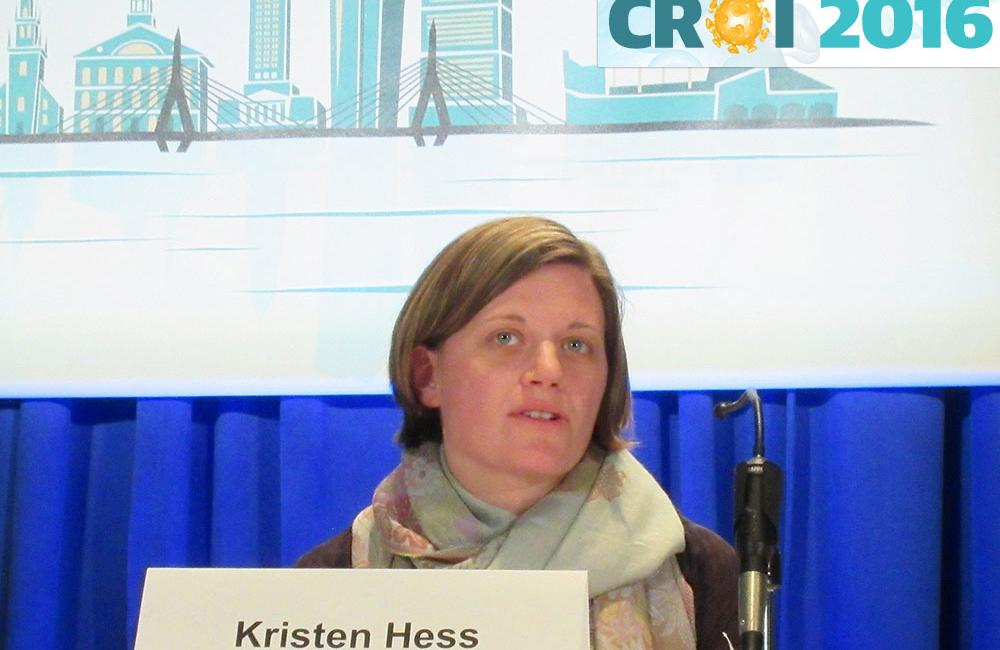 The lifetime risk of being diagnosed with HIV in the US has decreased overall during the past decade, falling to 1 in 99, according to a study from the Centers for Disease Control and Prevention (CDC) presented at the Conference on Retroviruses and Opportunistic Infections (CROI 2016) this week in Boston. The risk varies widely among population sub-groups, however, and half of black gay and bisexual men are likely to become infected if current trends persist.

Kristen Hess and colleagues used HIV diagnosis and death rates from the National HIV Surveillance System, National Center for Health Statistics and population census data to estimate the lifetime risk of being diagnosed with HIV, looking at sub-groups based on sex, age and race/ethnicity, as well as by state. These are the first-ever comprehensive national estimates of the lifetime risk of HIV diagnosis for several key populations at risk, according to the CDC.

“These estimates are a sobering reminder that gay and bisexual men face an unacceptably high risk for HIV – and of the urgent need for action.” Dr Eugene McCray

The number of HIV diagnoses and deaths between 2009 and 2013 were used to calculate the probability of an HIV diagnosis at a given age. The lifetime risk estimate is the cumulative probability of being diagnosed with HIV from birth to death, assuming diagnosis rates remain constant. The new estimates were compared to findings from an analysis done in 2004-2005.

Across all racial/ethnic groups, the lifetime risk of HIV diagnosis was higher for men (1 in 64) than for women (1 in 227).

The analysis confirmed that men who have sex with men are most heavily affected by the HIV epidemic, with a 1 in 6 chance of ever being diagnosed – nearly 80 times more likely than heterosexual men.

Breaking the categories down further, black gay and bisexual men had the highest risk of any subgroup, with 1 in 2 expected to be diagnosed over a lifetime. For Latino gay men the risk was 1 in 4 and for Pacific Islander men it was 1 in 7. Whites (1 in 11), Native Americans (1 in 12) and Asians (1 in 14) had the lowest lifetime likelihood of diagnosis among gay men.

The researchers did not report separate figures for lesbians or for transgender men or women.

Looking at data by state, lifetime diagnosis risk ranged from a low of 1 in 670 in North Dakota to a high of 1 in 49 in Maryland. People living in the southeast were more likely to be diagnosed than people in other regions, while those in the northwest were least likely. The highest risk of all was seen in Washington, DC, at 1 in 13.

“Lifetime risk may be a useful tool to more effectively communicate the risk of HIV to the general public” and “can help to highlight the severe disparities”, the researchers concluded.

“As alarming as these lifetime risk estimates are, they are not a foregone conclusion. They are a call to action,” Dr Jonathan Mermin, director of CDC's National Center for HIV/AIDS, Viral Hepatitis, STD, and Tuberculosis Prevention said in a CDC press release. “The prevention and care strategies we have at our disposal today provide a promising outlook for future reductions of HIV infections and disparities in the US, but hundreds of thousands of people will be diagnosed in their lifetime if we don't scale up efforts now.”

“These estimates are a sobering reminder that gay and bisexual men face an unacceptably high risk for HIV – and of the urgent need for action”, added Dr Eugene McCray, director of CDC’s Division of HIV/AIDS Prevention. “If we work to ensure that every American has access to the prevention tools we know work, we can avoid the outcomes projected in this study.”

CDC Half of black gay men and a quarter of Latino gay men projected to be diagnosed within their lifetime. Press release. February 23, 2016.