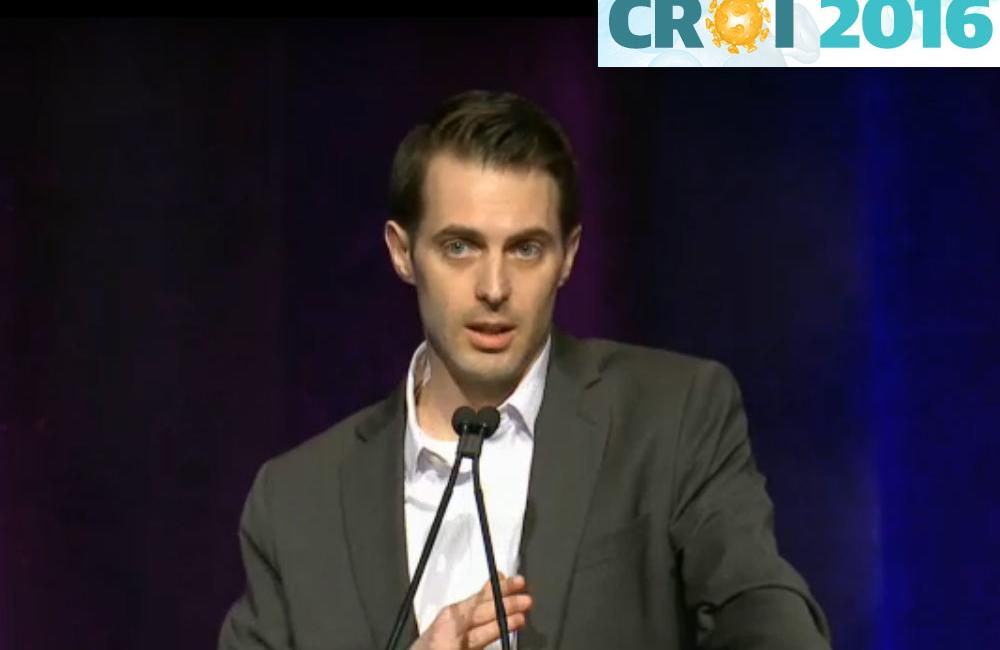 The findings were presented at the Conference on Retroviruses and Opportunistic Infections (CROI 2016) in Boston on Tuesday.

“If ART is beneficial for cardiovascular disease, it’s happening through a biological mechanism not reflected in arterial elasticity.” Jason Baker

Subsequently the START trial, which compared starting antiretroviral therapy at a CD4 cell count of 350 cells/mm3 with starting treatment early, at a CD4 count above 500, found no difference in the rate of cardiovascular events (stroke or heart attack) between early and deferred treatment groups, although the overall number of events was low.

The study findings presented today came from a sub-study of the START study, examining vascular function and in particular the elasticity of arteries.

A substantial decline in the elasticity of major arteries can be an important early warning sign of the development of cardiovascular disease. The walls of arteries may be damaged by oxidative stress, by inflammation, and in particular by smoking, creating an environment in which further inflammation is promoted and white blood cells begin to cluster on the artery wall, leading to the development of plaques of fatty material which narrow the artery.

Even in the early stages of vascular dysfunction, a loss of elasticity is detectable. Flexible arteries permit blood to be moved around the body as the heart beats. A loss of flexibility contributes to the development of high blood pressure and to cardiovascular disease. Changes in flexibility are more rapidly and easily detected than other early events in cardiovascular disease.

In order to investigate whether or not early antiretroviral therapy has an effect on an early stage of cardiovascular disease, START investigators carried out a sub-study in 322 START study participants randomly selected at multiple study sites in Europe, Latin America, North America, Africa and Asia.

The sub-study population was 70% male and 66% non-white. Although 30% were smokers, other markers of heart disease risk indicated a low risk of cardiovascular events: 5% were taking medication to reduce blood pressure and 3% were taking lipid-lowering medication, and the 10-year Framingham risk score for cardiovascular events was 1.2%. The average age was 35 years and study participants had been diagnosed with HIV for a median of 1.5 years at study entry. The median CD4 cell count was 625 cells/mm3 on entry to the study.

The investigators looked at vascular function as a measure of cardiovascular disease, at baseline and at five subsequent follow-up visits at months 4, 8, 12, 24 and 36 during the trial.

Elasticity in the small artery and large artery was measured by tonometer. The study found no significant changes in arterial elasticity over time in either the immediate or deferred treatment groups, even after controlling for cardiovascular risk factors or duration of follow-up. Nor did they find a significant difference between the treatment groups over time. The investigators concluded that in younger people with well-preserved immune function early antiretroviral therapy appears not to have a substantial effect on vascular function.

“If ART is beneficial for cardiovascular disease, it’s happening through a biological mechanism not reflected in arterial elasticity”, said Jason Baker of the University of Minnesota, presenting the results.

“We’re starting to get data back from SMART which suggest that there isn’t an effect [of early treatment] on cardiovascular disease [markers]” but “if we intervene early, are these patients just not going to have the clinical complications that we’ve described over the past 15 years?” he concluded.