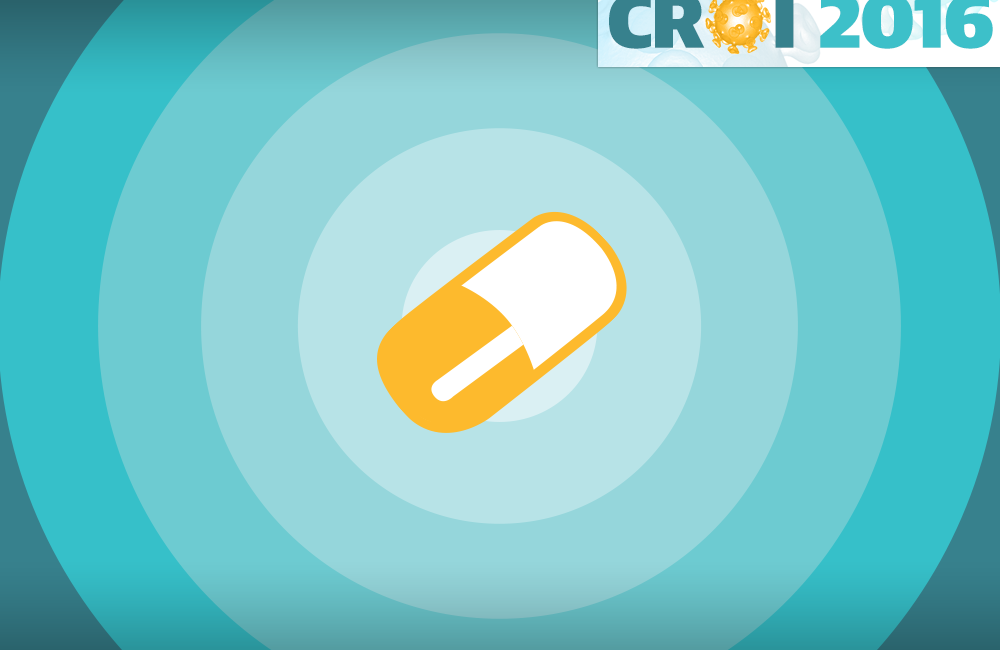 Dolutegravir (DTG) plus optimised background regimen (OBR) is safe, well tolerated and provides virologic efficacy in HIV-infected children from six to 12 years of age at 48 weeks, Andrew Wiznia presenting on behalf of the IMPAACT1093 study group told participants at the Conference on Retroviruses and Opportunistic Infections (CROI 2016) on Wednesday in Boston.

Dolutegravir (DTG), an integrase inhibitor, is approved for treatment-naïve and experienced adults and adolescents 12 years of age and above. Found to have a high barrier to the development of drug resistance, it is an important option for adults and in particular adolescents and children who have failed treatment with other antiretrovirals, most notably in resource-poor settings.

There are 2.6 million children who are in need of ART. Almost half are currently on a sub-optimal regimen.

For children failing first- or second-line PI-based treatment in resource-poor settings alternatives are lacking. The need to improve second- and third-line options is critical. Despite efforts, development of new drugs and appropriate formulations continues to be slow.

Integrase inhibitors may play an important role for children failing a first-line PI-based regimen. Dolutegravir is of particular interest. It is well tolerated, taken once a day and has a higher barrier to resistance than raltegravir. Determining the best sequencing of this class of drugs and improving their availability in resource-poor settings is key. Integral to this will be substantive price reduction and/or generic production. ViiV Healthcare agreed licences in 2014 with the Medicines Patent Pool that will allow generic production of dolutegravir for adults and children in lower-and middle-income countries.

IMPAACT 1093 is an ongoing phase 1/11 multi-centre open-label pharmacokinetic (PK), safety and efficacy study of DTG plus OBR in children and adolescents in age-defined cohorts.

HIV-infected treatment-experienced integrase-naïve children ≥ six to < 12 years of age on a failing antiretroviral regimen (with a viral load of or over 1000 copies/ml) were enrolled into Stage 1, an intensive PK evaluation performed between days five and ten. The children received DTG tablets (10, 25, 50 mg) at 1mg/kg once a day, based on defined weight bands, which were added to a stable failing regimen with an OBR added after the intensive PK or in Stage 2 where children received dolutegravir with an OBR at study entry.

The primary objective was to evaluate safety, tolerability, CD4 cell count and viral load at week 48. Based on the Food and Drug Administration (FDA) logarithm virologic success was defined as a viral load under 400 copies/ml with a secondary outcome of viral load under 50 copies/ml.

Two children went off study, one due to virological failure and the other lost to follow-up.

DTG with an optimised background regimen had a favourable safety profile in HIV-infected children aged six to 12 years; excellent and sustained virologic efficacy with significant improvement in CD4 cell counts and percentages.

The study is continuing with evaluation of dolutegravir down to four weeks of age.

The future direction is weight-band dosing so avoiding an age-staggered approach that leads to the delay in approval for the youngest, a discussion highlighted. The study, Dr. Wiznia explained, inherited a structure of regulatory requirements involving age cohorts. The World Health Organization later issued recommendations for paediatric treatment using weight-band dosing. While switching patient populations in the middle of the study was not feasible, another version of the study is to be released in a month or so with another preparation of DTG as a dispersible 5mg tablet.