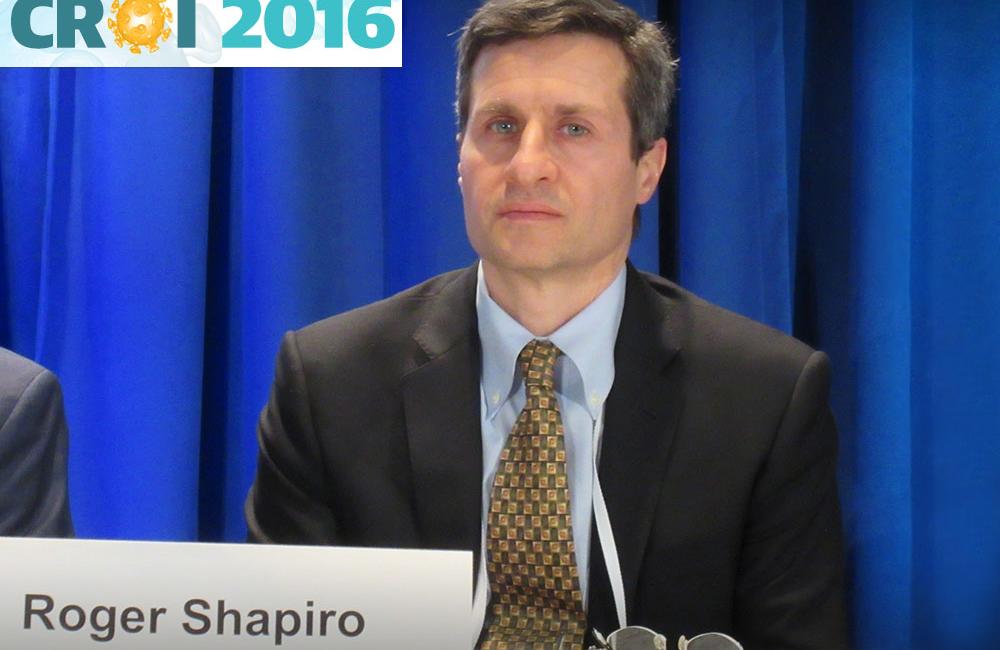 Challenging current guidelines, prolonged use of cotrimoxazole (CTX) may not be necessary for HIV-exposed uninfected (HEU) children in low mortality, non-malarial settings with low risk for late mother-to-child transmission through breastfeeding, Roger L. Shapiro told participants on Tuesday at the Conference on Retroviruses and Opportunistic Infections (CROI 2016) in Boston.

More infants in the CTX arm experienced grade 3/4 neutropenia compared to the placebo arm, 7.9% and 5.8%, p = 0.05, respectively. However, this had no clinical consequences.

Cotrimoxazole is a feasible, well-tolerated and inexpensive drug, widely available in resource-poor settings. It is effective in reducing HIV-related mortality and morbidity, notably in areas where malaria and/or severe bacterial infections are prevalent.

CTX prophylaxis is recommended for infants, children and adolescents with HIV, regardless of clinical and immune conditions. It is also recommended for HIV-exposed infants four to six weeks of age and continued until HIV infection has been excluded by an age-appropriate test to determine a final diagnosis when breastfeeding ends.

In settings with high coverage of prevention of mother-to-child transmission (PMTCT) interventions and early infant diagnosis the added benefits of CTX prophylaxis for HIV-exposed uninfected infants who are breastfed has been questioned.

HIV-exposed uninfected children do experience a higher mortality rate compared to children who have not been exposed to HIV. The increased rates of mortality can be as much as four- to five-fold higher. The mechanism of this vulnerability is poorly understood.

The Mpepu Study recruited HIV infected mothers and their HEU children at three sites (a city, a town and a village) in southern Botswana. Mothers were enrolled from 26 weeks gestation to 34 days after giving birth. Of the total 3334 women, close to 80% were enrolled in a maternity ward.

2848 HIV-exposed uninfected children were randomised to receive either double-blinded CTX (1423) or placebo (1425) from 14 to 34 days of life until 15 months of age, death or closure. The children were seen every one to three months until 18 months of age. Those diagnosed with HIV after randomisation moved to open-label CTX. Mothers chose their preferred feeding method: either formula provided by the Botswana government or breastfeeding supported by maternal or infant antiretroviral prophylaxis. Breastfed infants were randomised to either six or 12 months duration.

The study ran from May 2011 until April 2015 when at the recommendation of the Data and Safety Monitoring Board it was stopped since it was unlikely to show any benefit from CTX.

Loss to follow-up was minimal with 95% of infants completing the study follow-up. Close to three quarters received continuous study drug until 15 months of age, death or study closure in both the CTX and placebo arms, 73% and 72%, respectively

Baseline characteristics of mother and infants were almost identical in both arms. Maternal median age was 31 and 30 years, maternal median CD4 cell count: 504 and 508, median birth weight: 2.97 and 2.90 kg in the CTX and placebo arms, respectively. In both arms only 21% breastfed and most infants were randomised between 28 and 34 days old.

There was no significant difference in the cumulative proportion dying between randomisation and 18 months.

There were no significant differences in causes of death by study arm. Diarrhoeal disease accounted for 53% (34) and pneumonia 23% (15).

Overall 20% (569) of infants were breastfed; fewer than anticipated limiting the power of this secondary analysis. Early weaning was common. There were few deaths (11 or 2.3%) by 18 months of age among those who breastfed. Of the 11 deaths, eight occurred among those randomised to breastfeed for six months compared to three among those breastfeeding for 12 months. After six months there were only three deaths in the six-month group compared to two in those breastfeeding for 12.

CTX was well tolerated even at two weeks of life, a novel finding.