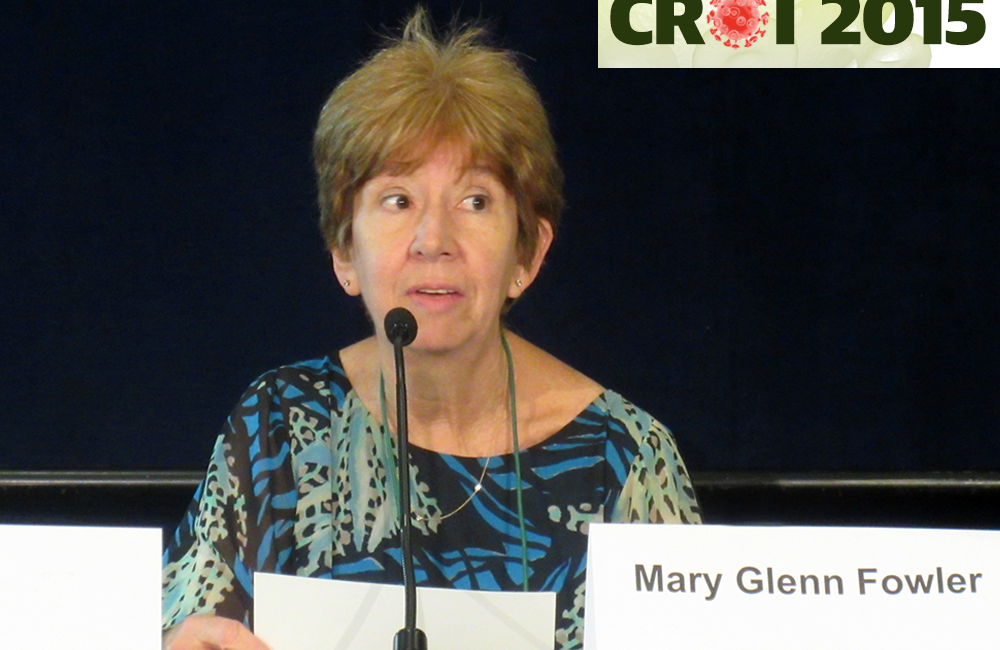 Implementing the World Health Organization (WHO) recommendation of three-drug antiretroviral treatment during pregnancy leads to a significantly lower rate of mother-to-child HIV transmission, a 7-country randomised study has shown. The results of the PROMISE study, conducted in sub-Saharan Africa and India, were presented on Tuesday at the Conference on Retroviruses and Opportunistic Infections (CROI 2015) in Seattle, USA.

Current WHO guidelines recommend the use of three-drug antiretroviral treatment for all pregnant and breastfeeding women wherever feasible, but until now evidence has been lacking to show whether this approach is superior to more limited prophylactic treatment in women with CD4 counts above 350.

The PROMISE study was designed to compare the efficacy and safety of three different antiretroviral regimens during three periods of treatment: pregnancy and up to 14 days postpartum; breastfeeding; and the post-breastfeeding period. Infant HIV rates were also compared for each regimen across the three periods.

The PROMISE study recruited pregnant women with CD4 cell counts above 350 cells/mm3 at 14 sites in sub-Saharan Africa and in India. Women were eligible to join the study if they were not already taking antiretroviral treatment and did not meet country guidelines for starting antiretroviral treatment. The study was designed to take into account the variations in standards of care between different lower- and middle-income countries, so that recruitment to different study arms took place in different countries according to the national standard of care.

Women randomised to Arm A received zidovudine (AZT/ZDV) from week 14 of pregnancy plus single-dose nevirapine at delivery. After delivery they received a 14-day regimen of tenofovir and emtricitabine (Truvada) in order to minimise the risk of development of nevirapine resistance (nevirapine may take up to 14 days to clear from the blood, leaving the risk that resistance may develop if this is the only antiretroviral agent present). This regimen was labelled 'Option A' in the 2013 WHO guidelines.

Women randomised to Arm B received zidovudine, lamivudine and lopinavir/ritonavir from week 14 of pregnancy and throughout the breastfeeding period.

Women randomised to Arm C received tenofovir, emtricitabine and lopinavir/ritonavir from week 14 of pregnancy and throughout the breastfeeding period. During the first phase of the study, prior to mid-2012, women were eligible to join this arm only if they were positive for hepatitis B surface antigen (tenofovir and emtricitabine are active against hepatitis B). After safety data on the use of tenofovir became available, all women became eligible to join this arm.

Both triple-drug regimens can be considered to represent Option B in the 2013 WHO guidelines, although WHO now recommends a single regimen of tenofovir, emtricitabine or lamivudine, and efavirenz for all adults, including pregnant women.

During the course of the study, national standards of care changed, and as these standards changed, the trial sites in those countries moved from providing zidovudine and single-dose nevirapine to providing three-drug antiretroviral treatment to pregnant women recruited to the study.

The Data and Safety Monitoring Board of the study authorised release of interim results of efficacy, for the period up to 14 days postpartum, in November 2014. These results were presented at CROI 2015 by Mary Glenn Fowler of Johns Hopkins University School of Medicine. The trial is an open-label study and is still ongoing. Further results of the breastfeeding and post-breastfeeding phases will be presented in due course.

The primary result reported in the interim analysis was the rate of HIV transmission 14 days postpartum. A total of 3234 live births occurred during the study, of which HIV-DNA results were available for 3096 infants. The rate of transmission was 1.8% in Arm A, compared to 0.56% in Arms B and C, a significant difference (difference -1.28%, 95% confidence interval -2.21%, -0.44%).

The study found that zidovudine/lamivudine plus lopinavir/ritonavir was associated with a significantly lower rate of very preterm delivery prior to 34 weeks (2.6% vs 6%, p = 0.04) and a lower rate of neonatal death (0.6% vs 4.4%, p = 0.001) when compared to tenofovir/emtricitabine plus lopinavir/ritonavir. There was no significant difference in any severe infant outcomes apart from HIV infection between Arm A and Arms B and C, but there were differences in moderate adverse pregnancy outcomes. Infants in Arm B were significantly more likely to be born prematurely (prior to 37 weeks) when compared to Arm A (20.5% vs 13.1%, p < 0.001), and to be born with lower birth weight (<2500mg) (23% vs 12%, p < 0.001).