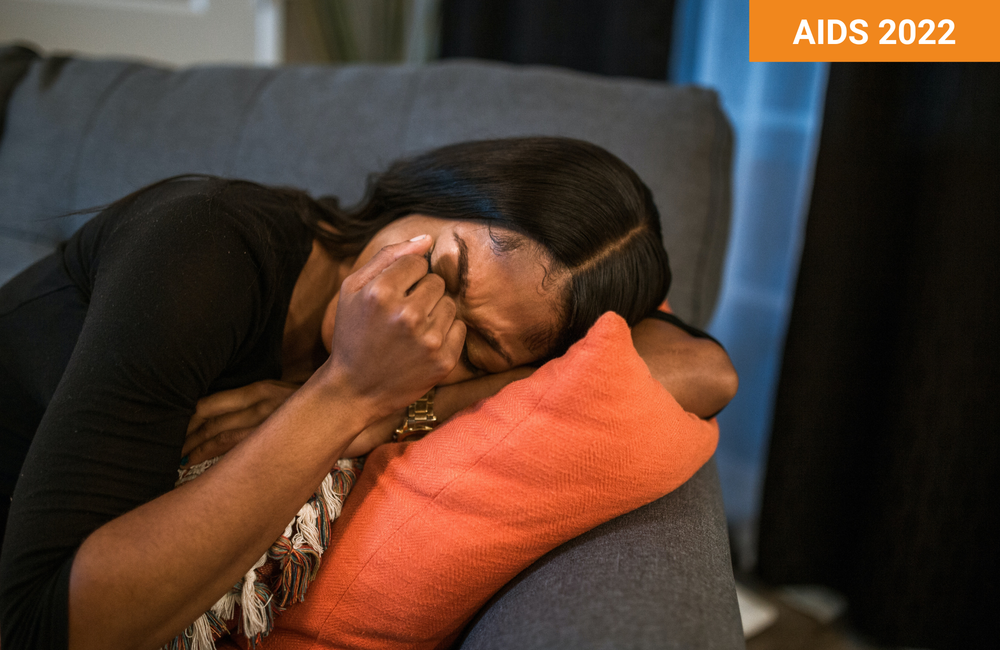 HIV-related stigma and mental health challenges were associated with suicidality among young people living with HIV in two separate studies from South Africa and the United States presented at the recent 24th International AIDS Conference (AIDS 2022). The South African study showed that social support was protective, while the US study identified other risk factors, including systemic racism, sexual minority status and pregnancy.

In the last 45 years, suicide rates have increased around 60% globally, with the greatest increase reported among adolescents and young adults. A number of studies have found high rates of attempted suicide and suicidal ideation (thoughts of suicide) among young people living with HIV, but less is known about what shapes suicidality in this group.

Dr Wylene Saal from the University of Cape Town, South Africa presented data from 715 young women living with HIV, including 311 adolescent mothers. More than half of the participants were recently diagnosed with HIV. At the time of the interviews, mean age was 18 years, 23% of women lived in rural areas, 20% lived in informal housing, and 76% had no access to at least one basic necessity.

Saal emphasised that suicide prevention and response need to be integrated in HIV services, by mitigating the risk factors of poor retention in care and stigma. Young women living with HIV, especially those struggling to stick with HIV care or who have limited support networks, should be screened for suicidality and poor mental health. In addition, peer support groups can strengthen social relationships to improve mental health and reduce suicidality among young women living with HIV.

Dr Philip Kreniske from the University of Columbia and the New York State Psychiatric Institute, presented findings from a prospective cohort study in New York City of adolescents and young adults. The study enrolled 206 participants born with HIV, and 134 participants who were exposed to HIV during pregnancy, delivery or after birth but not living with HIV. The mean enrolment age to the study was 12 years between 2003 and 2008, and the current mean age of participants is 28 years. Half the participants were women, 57% were Black and 57% were Latinx.

Kreniske also pointed out that the stress caused by living in a disadvantaged neighbourhood, negative life events and arrest in the past year were all associated with significantly increased odds of attempted suicide. These factors have been linked to systemic racism in previous research and must be considered when providing care and support to people living with HIV who may be facing systematic barriers.

Although there is growing evidence on positive effects of social support on mental health and wellbeing of people living with HIV, more research is needed to examine the factors affecting suicidality among adolescents and young people living with or exposed to HIV. Furthermore, existing clinical and support services may provide an opportunity to intervene and address suicidality among young people.