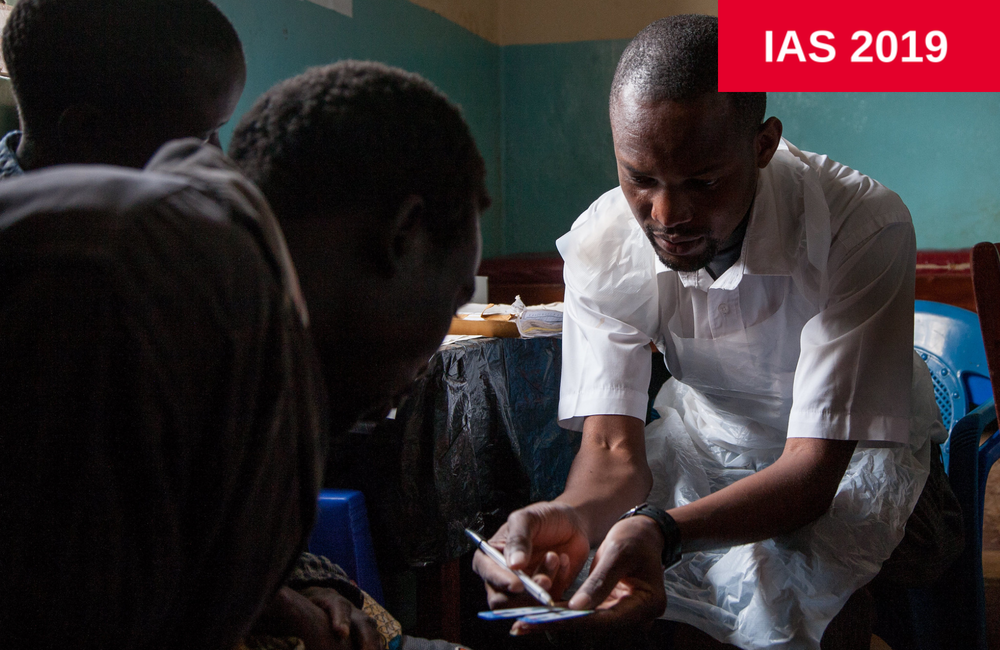 In West and Central Africa, only 48% of people living with HIV are aware of their status, only 40% of which are accessing ART, and 29% of which are virally suppressed. Barriers include drug stock-outs, weak health systems, human rights barriers, and low quality of care.

In order to increase accountability for the UNAIDS 90-90-90 targets (90% of people living with HIV are diagnosed; 90% of diagnosed people are taking ART; and 90% of people taking ART are virally suppressed, by 2020), the International Treatment Preparedness Coalition trained and supported national networks of people living with HIV to collect and analyse facility-level data along the HIV treatment cascade from 103 health centres serving more than 80,000 people living with HIV, in eleven countries. Between July 2017 and June 2018, 538 health centre visits, 279 key informant interviews and 110 focus group discussions were conducted. The study used a patient-centred framework to accessibility, looking at availability, accessibility, acceptability, affordability and appropriateness of services.

Linkage to care was high overall: of the 4692 people who tested positive for HIV, 93% initiated ART. However, ART initiation of people living with HIV was lower among key and vulnerable populations (16% of those testing positive for HIV but only 7% of people on ART), and in countries without test-and-treat policies.

Viral load testing of those who had initiated ART was significantly lower: of the 81,817 people on ART, only 20% (n = 16,491) had viral load tests performed. A quarter of viral load test results were returned within two weeks, with faster turnaround time associated with improved viral suppression (p < 0.05).

Long distances to health centres was the key barrier to HIV testing and ART, as cited by 35% and 32% of respondents respectively. Other barriers cited as reasons for not accessing HIV testing were fear of discovering one’s status (25%) and stigma (16%). Only 5% cited their reason as being that healthcare workers are unfriendly and only 2% did not access HIV testing due to a lack of confidentiality. Medication side-effects was the second highest reason for not accessing ART at 30% of respondents, followed by stock-outs (10%) and stigma and discrimination (8%).

The authors of the study recommend that the availability of non-facility-based HIV testing options, including community-led and community-based HIV testing, be expanded, and that community systems and responses be strengthened to support the roll-out of differentiated service delivery. They also recommend that knowledge among people living with HIV and healthcare workers be enhanced to increase demand for high-quality viral load testing services.

Focusing on those with unsuppressed viral load

A study in Zambia looked at the treatment cascade of people living with HIV with unsuppressed viral load, finding gaps in the provision of follow-up viral load testing and substantial delays in testing.

Achieving the third 90 in the UNAIDS 90-90-90 targets required sustained and appropriate ART as well as routine viral load monitoring to ensure viral suppression of less than 1000 copies/ml. The Zambian national ART guidelines state that people on ART with an unsuppressed viral load should enter a ‘failure’ cascade, requiring enhanced adherence counselling, follow-up viral load testing (within 90 days), and possible switch to second-line ART.

The researchers, led by the Centre for Infectious Disease Research in Zambia (CIDRZ), analysed routine data on adults accessing ART services in 74 CIDRZ-supported facilities in three Zambian provinces between 2016 and 2018.

Although antiretrovirals were often dispensed, viral suppression remained sub-optimal. The authors correlated data on the Medication Possession Ratio (MPR) (the amount of time with records of ART dispensed divided by the total time in HIV care as recorded in the electronic medical record) with data on viral suppression after first unsuppressed viral load. At one year of follow-up, 37% of individuals in the >90% MPR category were able to achieve viral load suppression, compared to 18% in the lowest (<50%) MPR category. This increases the risk of HIV drug resistance and associated morbidity and mortality.