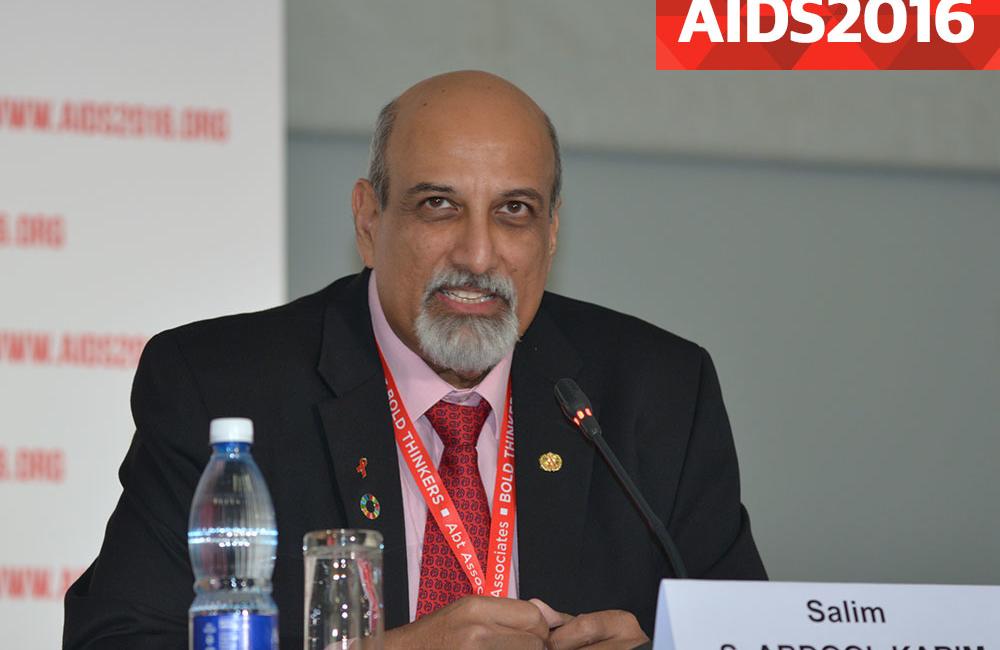 Overgrowth of a certain species of vaginal bacteria was associated with a 13-fold higher likelihood of acquiring HIV, while another species was found to lower tenofovir levels and may contribute to reduced efficacy of pre-exposure prophylaxis (PrEP) delivered in a vaginal gel, according to a set of presentations at the 21st International AIDS Conference (AIDS 2016) last month in Durban, South Africa.

The continuing high rate of HIV incidence among women and girls was a key theme at AIDS 2016. Women and girls account for nearly 60% of newly infected people in sub-Saharan Africa, conference co-chair Olive Shisana noted in her opening remarks.

At the session "New Evidence: Why Do Young Women in Africa Have High Rates of HIV Infection?" Quarraisha Abdool Karim from the Centre for the AIDS Programme of Research in South Africa (CAPRISA) explained that both social and biological factors play a role.

For example, a phylogenetic study of transmission dynamics in South Africa found that many young women in their teens or twenties acquire HIV from men who are 8 years older, on average, and not on antiretroviral therapy. The older men had contracted the infection from women their own age, and in an ongoing cycle the younger women grow up to pass the virus on to men in their age group.

Other CAPRISA researchers focused on factors that may increase biological susceptibility to HIV infection.

Jo-Ann Passmore of the University of Cape Town and Brent Williams of Columbia University looked at vaginal bacteria samples from 119 South African women who participated in the CAPRISA 004 trial, which tested a 1% tenofovir vaginal gel for HIV prevention. The main study, reported in 2010, found that the gel reduced HIV acquisition by 39% overall and by 54% among women with good adherence.

The researchers compared bacterial genetic material from women who acquired HIV and those who remained uninfected. The CAPRISA team previously reported that women with a greater degree of genital inflammation were significantly more likely to contract the infection.

These bacteria produce lipopolysaccharide (LPS), which acts as a toxin to stimulate immune activity and promote genital inflammation, raising levels of pro-inflammatory cytokines and attracting CD4 cells that are vulnerable to HIV infection.

In a related study, Adam Burgener of the Public Health Agency of Canada and Nichole Klatt of the University of Washington analysed genital bacteria samples from 688 CAPRISA 004 participants, of whom half used the tenofovir gel and half used a placebo gel.

They found that among women with a healthy vaginal microbiome, characterised by a predominance of Lactobacillus species, the protective effectiveness of the vaginal gel was 61%, compared with just 18% when Lactobacillus made up less than half of vaginal bacteria.

In laboratory studies they showed that tenofovir levels remained high in the presence of Lactobacillus, but when Gardnerella vaginalis was predominant – a condition known as bacterial vaginosis – tenofovir was sequestered in cells and rapidly depleted in the surrounding fluid.

These findings may help explain the disparity in PrEP efficacy between men and women – which does not appear to be entirely due to lower adherence – and raise the possibility that either killing off harmful bacteria or introducing beneficial bacteria could lower women's risk of HIV infection.

"Reducing new HIV infections in young women is one of the greatest challenges in Africa," Salim Abdool Karim said in an AIDS 2016 press release. "Based on our results, implementing targeted prevention interventions to break the cycle of HIV transmission while effectively treating bacterial vaginosis could reverse the devastating impact of the HIV epidemic in young people in Africa."

South African women will have to wait before laying their hands on the newly-approved dapivirine vaginal ring (DPV-VR – while the National Department of Health assesses the effectiveness of the HIV prevention device.
Health-e
15 Mar 22
More editors' picks