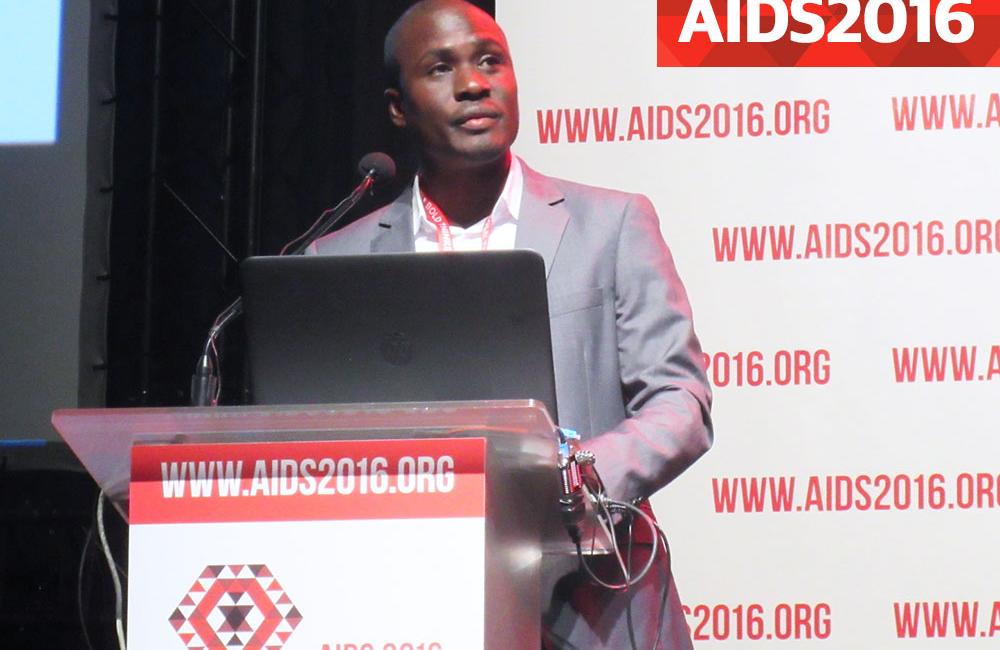 People with HIV and hepatitis B virus (HBV) co-infection have more than double the risk of death if they have ongoing high-level HBV replication, indicating a need for prompt treatment, according to an analysis from the Temprano trial presented at an HIV and viral hepatitis co-infection session at the 21st International AIDS Conference (AIDS 2016) last month in Durban, South Africa.

Co-infections including hepatitis B and C and tuberculosis (TB) represent major causes of illness and death for people living with HIV. Experts estimate that around 10% of HIV-positive adults in West African countries also have HBV.

Over years or decades hepatitis B can lead to serious outcomes including cirrhosis and liver cancer, and liver disease is a leading contributor to mortality among people with HIV. Yet the impact of viral hepatitis on the HIV epidemic in resource-limited countries is not well understood.

Menan Gérard Kouamé of the French National Agency for AIDS Research (ANRS) looked at outcomes among people with HIV and HBV co-infection in the Temprano trial.

In brief, Temprano assessed the benefits and risks of early antiretroviral therapy (ART) and isoniazid prophylaxis therapy to prevent active TB at nine clinics in Abidjan, Ivory Coast. Last year, investigators reported that starting HIV treatment with a CD4 count above 500 cells/mm3 reduced the risk of serious illness and death compared to starting at lower CD4 thresholds set forth in older World Health Organization (WHO) guidelines. (WHO now recommends prompt treatment for everyone diagnosed with HIV.)

Temprano participants were tested for hepatitis B surface antigen (HBsAg), which indicates HBV infection, and those who tested positive received hepatitis B 'e' antigen (HBeAg) tests and HBV DNA viral load tests to determine if there was ongoing active viral replication.

The HBsAg-positive and HBsAg-negative groups were generally similar; 29% and 20%, respectively, were women and the median age was 35 years. The median CD4 count was approximately 460 cells/mm3, HIV viral load was around 50,000 copies/ml and half in both groups started early ART and received isoniazid prophylaxis. All first-line ART regimens contained tenofovir/emtricitabine (the drugs in Truvada), which are active against HBV as well as HIV.

In the HBsAg-positive group, 14% were also HBeAg-positive and the median HBV DNA level was 523 copies/ml, with 27% being above a cut-off of 7000 copies/ml.

When categorised by HBV DNA level, HBsAg-positive people with < 7000 copies/ml had the same mortality as HBsAg-negatives (0.87 per 100 PY). But mortality for those with higher HBV DNA levels rose to 2.63 per 100 PY (adjusted hazard ratio 2.51).

"There is a 2.5-times higher mortality in patients with HBV DNA greater than 7,000 copies/ml enrolled in the Temprano trial," the investigators concluded, recommending that, "early ART needs to be provided to all HIV infected-patients and especially to co-infected patients with high HBV replication."

During the discussion, session moderator Jürgen Rockstroh of the University of Bonn noted that it would be interesting to see if the results were the same using a HBV DNA cut-off of 2000 copies/ml, which is specified in EASL and AASLD hepatitis B guidelines as the threshold for antiviral treatment, as higher levels are associated with a greater risk of liver cancer and other complications.

World Hepatitis Day is a clear call to improve efforts towards eliminating a disease that globally kills one person every 30 seconds.
The Conversation
28 Jul 21
More editors' picks