Our eFeature in this edition is an interview with Gennady Roshchupkin from ECOM – Eurasian Coalition on Health, Rights, Gender and Sexual Diversity. We spoke to Gennady about ECOM's recent report on access to PrEP in Armenia, Belarus, Georgia, Moldova and Ukraine and ECOM's work in the region.

As the COVID-19 pandemic continues, our health services and broader social systems are adapting as fast as possible. In this edition, we have selected links exploring COVID-19, HIV and sexual and reproductive health, and rights.

This edition also highlights NAM aidsmap's coverage of research presented at the Conference on Retroviruses and Opportunistic Infections (CROI 2020). Organisers took the decision to make it a 'virtual' conference and many of the recorded presentations are available online, including a session on COVID-19.

Other items to look out for in this edition include: updates on gonorrhoea testing and treatment in Europe, LGV in central Europe, and training materials for community health workers working in sexual health with gay and bisexual men. 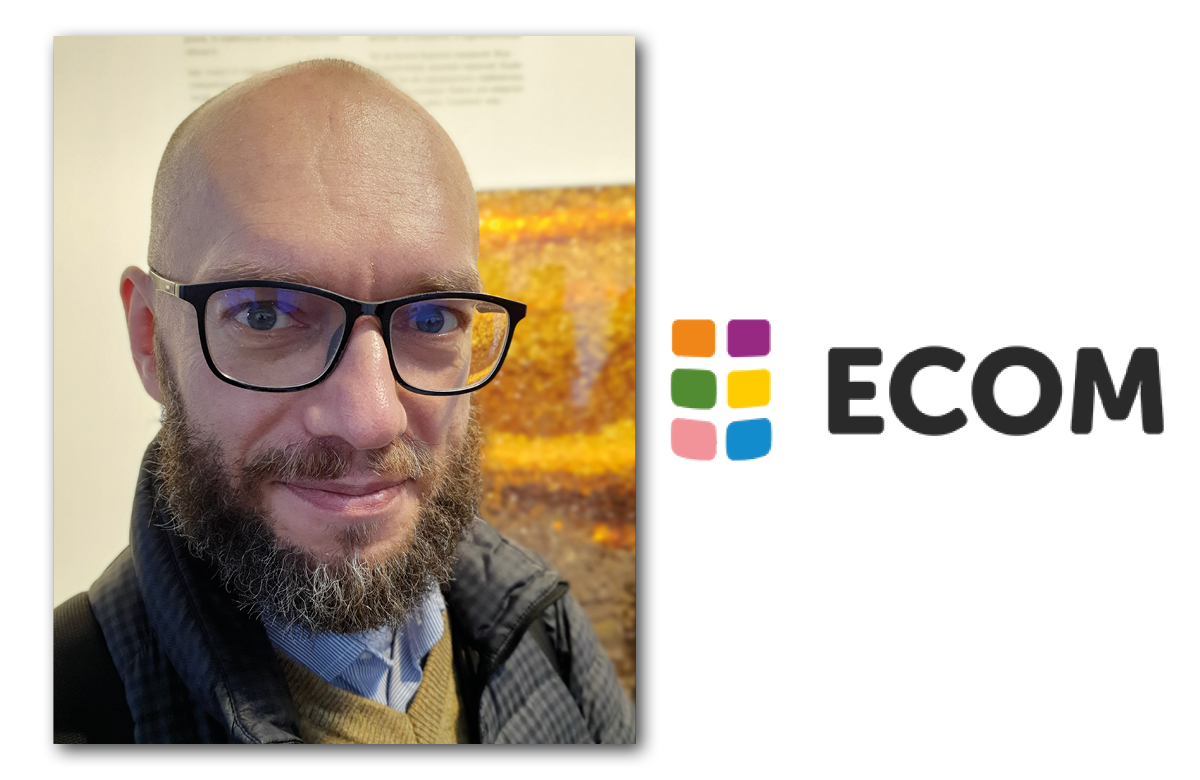 In this eFeature interview, we spoke to Gennady about the recent ECOM report on access to PrEP (regular medication to prevent HIV infection) in Armenia, Belarus, Georgia, Moldova and Ukraine and about ECOM’s work in the region.

Throughout Europe, the new coronavirus, COVID-19, is having an enormous impact on society in general and health services in particular. The way we all work and live is likely to be affected for some time to come and the services we provide may have to be significantly adapted to continue to reach the people we serve.

The European AIDS Clinical Society (EACS) and the British HIV Association (BHIVA) have released a joint statement on COVID-19 and HIV. People living with HIV who are on antiretroviral therapy (ART) with a normal CD4 count are not at greater risk than their HIV-negative peers.

The European AIDS Treatment Group (EATG), representing people living with HIV in Europe and central Asia, has released a statement highlighting the risks to people with limited access to HIV treatment, particularly in eastern Europe and central Asia, the co-morbidities affecting many people living with HIV across Europe, and the potential for the pandemic to exacerbate the existing inequalities faced by many key populations affected by HIV.

UNAIDS has published a guidance document, calling for a human rights approach to COVID-19 and drawing on lessons from HIV for a community-led response.

The World Health Organization (WHO) has published answers to common questions on COVID-19, pregnancy, childbirth and breastfeeding. Based on current limited data, there are no indications of increased risk of severe illness for pregnant women. However, as pregnant women can be badly affected by respiratory problems, precautions are important for this group.

The International Planned Parenthood Federation (IPPF) has published an article exploring how the coronavirus could affect access to safe abortion and the US-based Guttmacher Institute has highlighted ways it could affect broader sexual and reproductive health and rights (SRHR). The United Nations Population Fund (UNFPA) has also published a report outlining the gender equality issues raised by COVID-19, including protecting SRHR.

We are likely to see direct healthcare system effects as well as broader social and economic effects on people in need of services and these articles raise useful points to be considered as services plan for the coming weeks and months.

On Friday 27 March at 3pm CET (2pm GMT), Sexual Health and Reproductive Matters (SRHM) is hosting a free webinar on COVID-19 and its implications for sexual and reproductive health and rights globally.

Also on Friday, from 7pm CET (6pm GMT), we are hosting a special edition of aidsmapLIVE on COVID-19 and HIV. Watch and join in via @aidsmap Twitter or Facebook.

News from the Conference on Retroviruses and Opportunistic Infections (CROI 2020)

The Conference on Retroviruses and Opportunistic Infections (CROI) was held from 8 to 11 March 2020. Originally planned as a meeting in Boston, the conference was held virtually due to concerns about the new coronavirus. aidsmap.com published news reports on research presented to the conference and four summary bulletins, which are available in English, French, Italian, Portuguese, Russian and Spanish.

Gonorrhoea testing and treatment in Europe

Following increasing concerns about drug-resistant strains of gonorrhoea, new European treatment guidelines were published in 2012. Now, the International Union against Sexually Transmitted Infections (IUSTI) has published a survey, monitoring the adherence of European clinics to the guidelines.

Rectal infection with the sexually transmitted infection lymphogranuloma venereum (LGV) in men who have sex with men (MSM) in central Europe is substantially under-diagnosed, according to research published in Sexually Transmitted Infections. Analysis of samples testing positive for chlamydia showed that 26% actually involved infection with LGV. In some instances, under-diagnosis led to the use of potentially suboptimal therapy.

Violations of the right to health

Materials designed for training community health workers working in sexual health with gay men and other men who have sex with men as part of the ESTICOM project have been made available online in ten languages. The materials were jointly developed by the UK's Terrence Higgins Trust and Deutsche AIDS-Hilfe.

The annual review from ILGA-Europe reports the human rights situation for LGBTI people across 49 European countries and five countries of Central Asia. It highlights a sharp rise in anti-LGBTI hate speech carried out by public figures across Europe – in countries ranging from Bulgaria, Poland and Turkey, to Cyprus, Finland, Greece, Portugal and Spain – and the very real consequences of this for LGBTI individuals and groups. Many countries have seen a sharp increase in online hate speech and physical attacks on LGBTI people.

The European Centre for Disease Prevention and Control (ECDC) has published two reports using data collected in 2018, as part of a survey monitoring implementation of the Dublin Declaration on fighting HIV in Europe and central Asia

The first report focuses on men who have sex with men (MSM) and the second covers the situation for migrants in Europe, at risk of or living with HIV. MSM and migrants are key populations affected by HIV across Europe. The reports look at the care continuum for MSM and migrants, and examine the interventions being used across the region.

Committee for Medicinal Products for Human Use

At its meeting in January, the European Medicines Agency's Committee for Medicinal Products for Human Use (CHMP) recommended an extension to the approval of Rezolsta (darunavir/cobicistat), a treatment for HIV. Rezolsta was previously authorised for use by adults, but the extension includes adolescents (aged 12 and over, weighing at least 40kg).

A draft resolution which would have enabled serious human rights violations was defeated by the Parliamentary Assembly of the Council of Europe (PACE) in January, the European Parliamentary Forum for Sexual & Reproductive Rights (EPF) reports. The text aimed to give more weight to the right to freedom of religious beliefs in the workplace over other rights, potentially at the expense of the rights of LBGTIQ people, and undermining sexual and reproductive rights.

ECOM has produced a training manual for activists in eastern Europe and central Asia on engaging with UN treaty bodies on the issues of HIV and sexual orientation and gender identity (SOGI). It aims to support the increased involvement of activists in international advocacy in order to use the UN's potential to influence national authorities.

ECOM has also published an analysis of national legislation related to LGBT rights and HIV in Armenia, Belarus, Georgia, Kyrgyzstan, and North Macedonia, which may also support advocacy work in the region.

SRHR in central and eastern Europe

Sexual and reproductive health and rights (SRHR) advocacy network, Astra, has published a new guide to SRHR in central and eastern Europe and central Asia. It presents the legal landscape in 14 countries, with local organisations’ perspectives on how the law is being implemented. 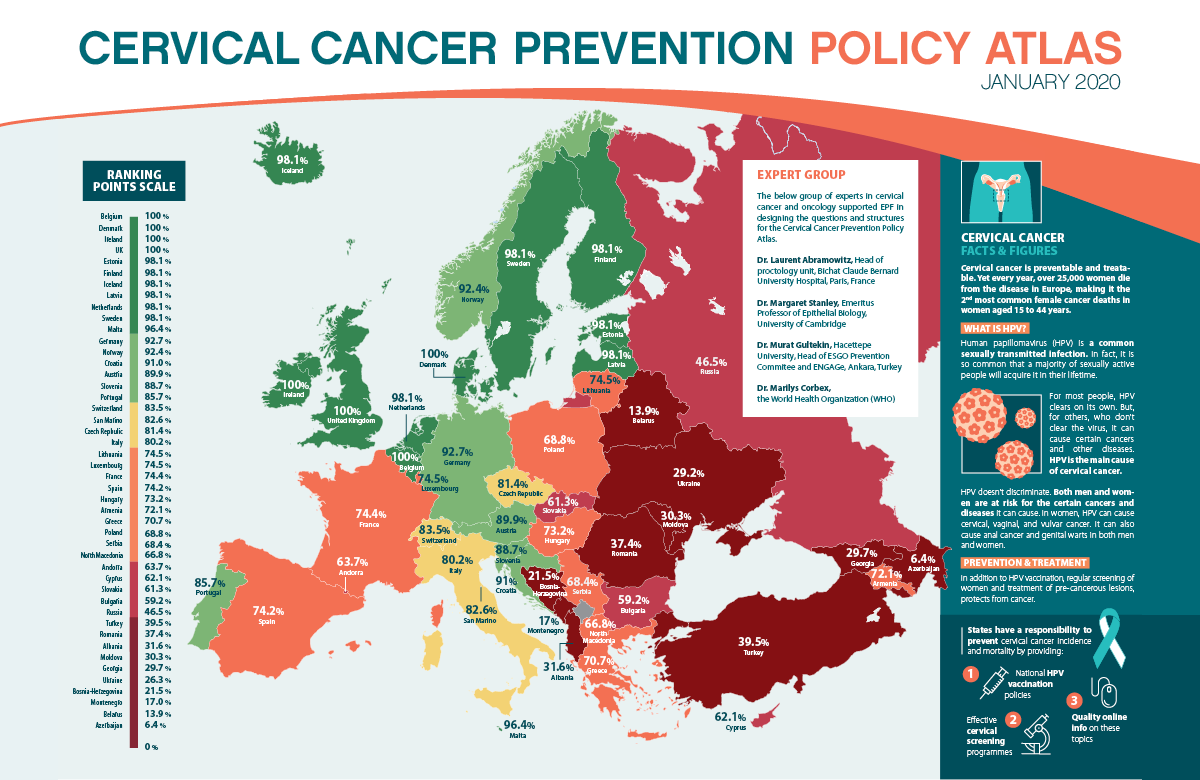 Lithuania | The European Court of Human Rights has found Lithuania’s failure to investigate hateful online comments against a gay couple to be a violation of their rights to private and family life as well as being discriminatory on the ground of sexual orientation. ILGA-Europe welcomed the news as a landmark judgment on online hate speech in Europe.

Moldova | Moldova was urged by the UN Committee on the Elimination of Discrimination against Women (CEDAW) to include trans women in national HIV programmes.

Russia | A Russian blogger has released a film raising awareness about HIV in Russia, which has been viewed more than 16 million times since its release in February.

Serbia | Civil society membership organisation, AIDS Action Europe, has joined the Union of organisations of people living with HIV and AIDS in Serbia (USOP) in calling for an end to disrespectful treatment of the remains of people with HIV in Serbia. It emerged that people with HIV who died were buried without their clothes in black plastic bags; a practice that is unnecessary in terms of infection control, as well as being discriminatory and distressing.

Sweden | Migrants living with HIV are a particularly vulnerable group in Sweden and Swedish health care, research from the University of Gothenburg shows.

Tajikistan | Tahmina Khaidarova talks to UNAIDS about living with HIV and the need to tackle stigma and discrimination in Tajikistan, where she works to support women with HIV.

Ukraine | A study has found that scaling up use of methadone and buprenorphine (medications for treating opioid use disorder) could greatly reduce HIV transmission rates and prevent deaths in Ukraine.