Antiretroviral prevention methods 'not in competition' with each other 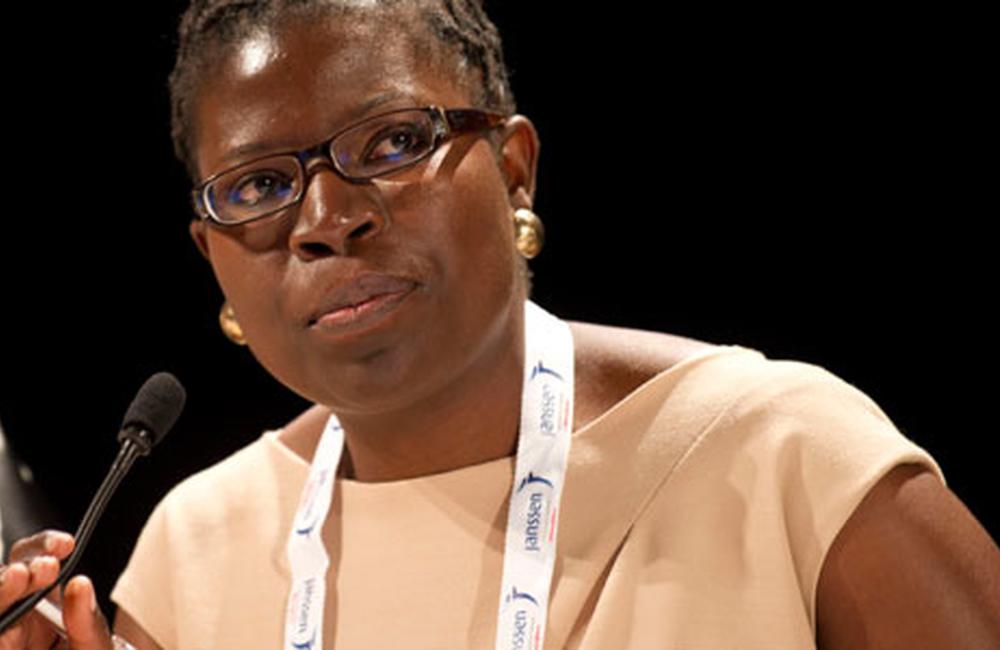 Antiretroviral prevention methods are not in competition, and policy makers and providers need to start to thinking about how antiretrovirals, pre-exposure prophylaxis and microbicides will be provided as part of a combination prevention package – and who will benefit most from each method, delegates heard at a satellite meeting on the opening day of the Sixth International AIDS Society Conference (IAS 2011) in Rome.

Delegates were discussing the rapidly changing landscape of HIV prevention methods that use antiretroviral drugs. One year ago, at the International AIDS Conference in Vienna, the world heard the results of the CAPRISA study, which showed that a microbicide gel containing tenofovir halved the risk of HIV infection in women who used the vaginal gel consistently.

Since then results from four studies have added to the array of prevention methods that exploit antiretroviral drugs to prevent transmission or acquisition of HIV infection:

“We need to reach out to women who don’t perceive themselves to be at risk", Samu Dube

The first tenofovir-containing microbicide could receive regulatory approval by the end of 2013, subject to positive results from a confirmatory trial now taking place in South Africa. That study is testing exactly the same dosing regimen as that used in the CAPRISA study, the so-called BAT 24 dosing schedule: one dose Before, one After, and no more than Two doses in 24 hours.

A second CAPRISA study (008) is testing the roll-out of tenofovir gel through family planning clinics in KwaZulu-Natal, comparing the monthly testing and follow-up schedule used in the original CAPRISA study with a three-monthly schedule, in order to examine the feasibility and acceptability of providing a microbicide through existing health services that target sexually active women.

Although the South African government has already begun investing in the scale-up of production facilities to manufacture the gel, the extent of demand for the microbicide is still unclear. Studies of women’s’ attitudes towards the microbicide will be needed to gauge demand, but a lot of work will also be needed to develop demand – and to make sure that women understand how they could benefit from using the microbicide.

“We need to reach out to women who don’t perceive themselves to be at risk, and we should be getting communities to rally round to be early adopters of tenofovir gel,” said Samu Dube of the Global Campaign for MIcrobicides.

“We need to get the product to the places where women are: the family planning clinics, the immunisation centres, antenatal clinics. We also need to target the school health system.”

However, work will also be needed to convince the providers of those services that they have a role to play in expanding women’s opportunities to protect themselves from HIV infection.

“Providers can be major gatekeepers – their attitudes and how they present it to women will be critical", Catherine Hankins

“Providers can be major gatekeepers – their attitudes and how they present it to women will be critical. We saw very negative attitudes from the providers towards the female condom. Ideally they should use [the microbicide] themselves at least once,” said Catherine Hankins of UNAIDS.

Provider and donor preferences for particular prevention methods could also overshadow the need to think about prevention technologies as a spectrum of methods that will suit different people at different times.

“Is treatment always the best option [as the prevention measure] in the serodiscordant couple? If the index partner can’t or won’t take pills, or if the HIV-negative partner is having concurrent partners, they might need PrEP or a microbicides,” said Professor Myron Cohen of the University of North Carolina, lead investigator on the HPTN 052 study.

He also pointed to the estimated volume of transmission that takes place during the early weeks after infection. In the region of Malawi in which the HPTN 052 study recruited participants, his team calculated that around 30% of HIV infections came from undiagnosed people who had been infected less than six months previously.

In these circumstances, he pointed out, a microbicide or PrEP would still have an important role to play, even if counselling, testing, early diagnosis and treatment could be maximised.

Indeed, defining the niches of different antiretroviral-based prevention methods will depend on up to date information about local epidemics and behavioural patterns, applied through mathematical modelling to generate options for policy makers, what Willard Cates of Family Health International called “the science of prioritisation, to make scarce resources go further to maximise impact”.

“Modellers have their hands full at the moment, and that’s for good reason. That information needs to go out now [in order to help with prioritisation],” said Peter Cherutich of the Kenyan Ministry of Health.

“It’s very important not to pit prevention technologies against each other,” Renée Ridzon

“It’s very important not to pit prevention technologies against each other,” said Renée Ridzon of the Bill and Melinda Gates Foundation.

However, microbicides may have unique introductory challenges, said David Stanton of USAID, whose agency is strongly committed to supporting microbicide scale-up in sub-Saharan Africa. The tenofovir microbicide will have to clear the hurdles of confirmatory trials, as well as differences in  regulatory requirements between countries before it can even be distributed. The South African Medicines Control Agency has not yet given a clear opinion on what data it will require for registration, leaving the danger that further studies could be needed to achieve registration in South Africa.

There is also the challenge of ensuring that the gel is manufactured to a consistently high standard, so that contains the right quantity of tenofovir in each dose, and the challenge of organising an efficient distribution system.

WHO and UNAIDS are working with CONRAD and the South African Ministry of Science and Technology, two of the sponsors of the satellite meeting, to plan for introduction of tenofovir gel, and WHO will develop guidance on use of the microbicide so that it can be released as soon as the first regulatory approval is granted.

Global Campaign for Microbicides, the third sponsor of the meeting, is working to raise awareness of the choices around prevention technologies, both for policy makers and communities, and to build community awareness and demand for the tenofovir microbicide.

But perhaps the biggest challenge for introduction will be the accessibility of the microbicide gel for a group at particularly high risk of infection in southern Africa – young women and girls. Dr. Sengiziwe Sibeko, a women’s health practitioner in KwaZulu-Natal, said that sexually active adolescent girls represented an important group who could benefit from prevention counselling that included discussion of the microbicide gel.

But, said Dr Stephen Becker, “the idea of doing sex education in schools and distributing products for HIV prevention is not a straightforward path and will take a great deal of pushing.”

Nevertheless, it highlights one of the key discussions about niches for prevention products that will need to take place: as well as thinking about the characteristics of populations most likely to benefit, a clear strategy will also be needed for overcoming the social, legal and health system barriers that could prevent maximum impact of microbicides.

While circumcising male adolescents is easy and socially acceptable, social and legal constraints on the sexuality of women will continue to undermine the central promise of microbicides – a prevention tool to empower women – unless confronted head-on.

Jason Domino and Kayden Gray are taking the lead on promoting PrEP and U=U in the adult film industry.
POZ
16 Jan 20
Epidemiology & behaviour

The gay men online who get off on seeking HIV infection (“bug chasers”) aren’t exactly known for their thoughtful introspection. After all, they are eroticizing something that works exactly once -- and has life-long consequences. So, a tweet posted a few weeks ago from a self-titled bug chaser stunned me with its honestly and vulnerability.
My Fabulous Disease
14 Jan 20
Low & theoretical transmission risks

CBS New York flew in the face of science and right into the arms of HIV stigma with an embarrassing tweet and story that tried to paint a man living with HIV as dangerous and his saliva as a weapon.
TheBody
11 Jan 20
Human rights

Poland's ruling Law and Justice party, and other conservatives, are stigmatising effective sex education and hampering access to abortion. The harassment is  part of an effort by PiS to mobilise the party’s conservative base in the face of an ostensible threat posed by what politicians and clerics call gender ideology, a vague term designed to conflate often completely unrelated issues including LGBT rights, abortion, and paedophilia.
The Lancet (free registration required)
8 Jan 20
More editors' picks