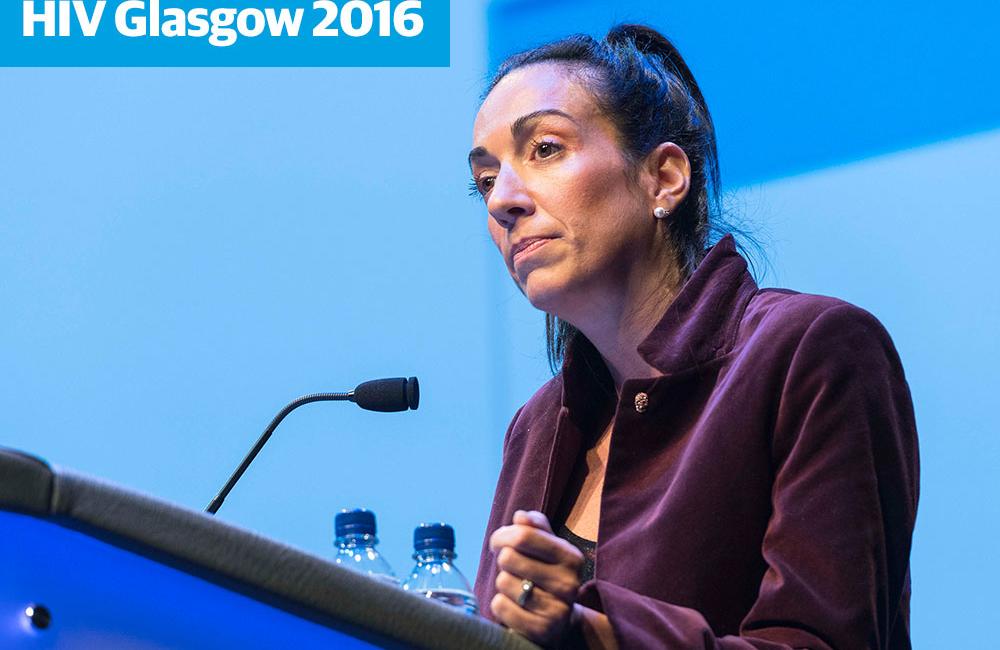 Insomnia, dizziness, headache and other central nervous system side-effects are occurring more frequently with everyday use of dolutegravir than clinical trials had suggested, and are most likely to occur in women, people over 60 and people starting abacavir at the same time, a German research group told the International Congress on Drug Therapy in HIV Infection (HIV Glasgow) on Tuesday.

Dolutegravir (Tivicay, also combined with abacavir/lamivudine in Triumeq) is a second-generation integrase inhibitor that is recommended as one of the preferred options for first-line treatment in European and United States treatment guidelines. Dolutegravir has a `clean` side-effect profile in comparison with some other commonly-prescribed antiretroviral drugs. In particular, phase IIb and phase III studies showed a lower rate of central nervous system toxicities in patients receiving dolutegravir when the drug was compared with efavirenz.

Since marketing approval was granted in 2014, emerging evidence from clinical practice suggests that dolutegravir is associated with a higher incidence of neuropsychiatric side-effects than was observed in clinical trials. For example, a cohort study in the Netherlands found that 14% of people who started dolutegravir treatment between 2014 and 2016 stopped the drug due to side-effects, predominantly insomnia, anxiety, depression and psychosis. Gastrointestinal distress was also cited as a reason for switching from dolutegravir in this cohort.

To examine the incidence of neuropsychiatric side-effects associated with the drug, investigators in Germany therefore designed a retrospective study among patients who started an integrase inhibitor between 2007 and April 2016, when news of possible neuropsychiatric side-effects of dolutegravir first emerged. Clinic databases at participating centres routinely record the main reason for changing treatment, providing investigators with consistent and unbiased information about reasons for switching.

They compared discontinuation rates within two years of starting therapy between dolutegravir, raltegravir (Isentress) and elvitegravir (Vitekta, also in Stribild) in order to determine whether the side-effect is specific to dolutegravir or a side-effect that occurs to some degree with all integrase inhibitors.

Discontinuation due to any adverse event occurred more frequently among people exposed to elivitegravir than either raltegravir or dolutegravir, but when 12-month rates of adverse events and neuropsychiatric events leading to the discontinuation of therapy were calculated, these were found to be substantially higher for dolutegravir than for other drugs in the same class.

In comparison, 14 patients stopped raltegravir due to neuropsychiatric events, mainly headache or parasthaesia, or insomnia.

The rates of neuropsychiatric side-effects seen in reported cohort studies have been much higher than in clinical trials. Romina Quercia of ViiV Healthcare reported a summary of data from clinical trials.

Four studies were included in the analysis, the 96-week SPRING-2, SINGLE and FLAMINGO trials and the 48-week all-women ARIA trial.

A total of 2634 participants were recruited to the four studies, 1315 of who were treated with dolutegravir.

Low rates of neuropsychiatric events were seen in all study treatment arms, with most being low-grade (1-2). However, a higher incidence was observed in the SINGLE study compared to other trials, with 17% of dolutegravir patients reporting insomnia, 10% nightmares/abnormal dreams, 8% depression and 7% anxiety. These rates were lower than those seen among patients taking the comparator drug, efavirenz.

Rates of neuropsychiatric side-effects leading to the withdrawal of treatment were below 5% in all trials.

There were no cases of withdrawal of dolutegravir because of anxiety, though four patients stopped efavirenz for this reason.