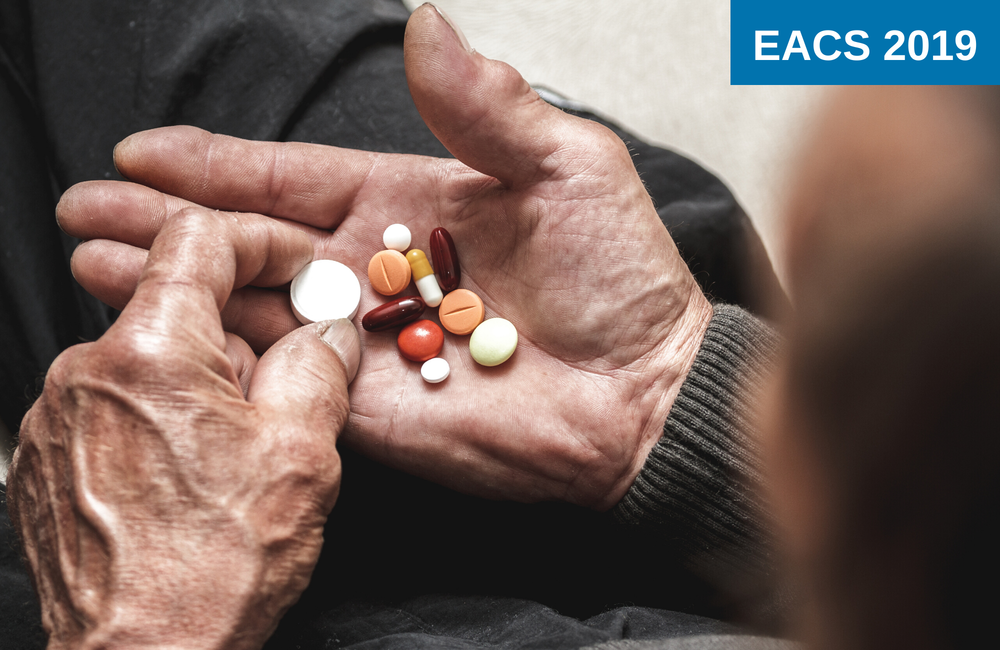 Problematic interactions between antiretroviral drugs and other medications remain a substantial challenge for people with HIV despite the shift away from the use of boosted protease inhibitors and older non-nucleoside reverse transcriptase inhibitors, research presented at the 17th European AIDS Conference earlier this month showed.

Almost all drug interactions occur because drugs share the same metabolic pathway, leading to raised or reduced drug levels. Some agents interfere with the absorption of antiretroviral drugs before metabolism takes place. Drug interactions may lead to the failure of antiretroviral therapy due to reduced drug levels or co-medications may fail to work or reach dangerous levels.

Keeping track of potentially dangerous interactions can be difficult if doctors and pharmacists do not know about all the medications a patient is taking, or do not check.

Sara Gibbons from the HIV Drug Interactions website, University of Liverpool, reviewed how the patterns of drug interactions flagged up by the website had changed over the past 20 years, and which medications used to treat co-morbidities are most vulnerable to drug-drug interactions with antiretrovirals.

Professor Judith Currier of the University of California Los Angeles, speaking in a session on co-morbidities, said that a big incentive for adopting an electronic medical record system was the automatic flagging of potential drug interactions which might otherwise be overlooked by doctors.

Comparing recommended regimens in 1999 and 2019, Sara Gibbons reported that when scored according to their potential for interactions, present-day antiretroviral regimens have much lower interaction scores than late-1990s regimens, provided they omit the boosting agents ritonavir and cobicistat.

However, the regimen of atazanavir/ritonavir plus tenofovir/emtricitabine has an interaction potential score almost as high as the most problematic regimens used in 1999 – the combinations of zidovudine, didanosine and either nelfinavir or ritonavir/saquinavir.

The Liverpool researchers also looked at which co-medications are most likely to be used by people with HIV, based on patterns of co-morbidities identified in the POPPY study. Medications to treat metabolic disorders, cardiovascular disease and mental health issues (including depression, anxiety and sleep disorders) were assessed for potential interactions with current antiretroviral therapy (ART) regimens.

One hundred and fifty-six medications used to treat these three groups of conditions were identified as having interaction potential with currently recommended ART.

However, a survey of patients undergoing care at the Liège University HIV clinic in Belgium found that the proportion of potential interactions grew significantly between 2012 and 2016, due to interactions between antiretroviral drugs and cardiovascular medications or vitamin and dietary supplements.

"Keeping track of potentially dangerous interactions can be difficult if doctors and pharmacists do not know about all the medications a patient is taking."

Half of the patients treated in 2016 had at least one amber-flag interaction. The researchers found 1412 interactions in 526 people. Almost a third (30%) were related to dietary supplements, 19% to cardiovascular drugs and 18% to central nervous system drugs. The antiretrovirals most commonly involved in amber-flag interactions were protease inhibitors (31%) and integrase inhibitors (27%) (predominantly dolutegravir).

Amber-flag interactions grew in number between 2012 and 2016 (from 951 to 1153 occurrences, p < 0.001), mainly due to growth in interactions between dietary supplements and antiretrovirals. Part of this increase could be attributed to more careful recording of dietary supplements owing to contraindications for use with several new antiretrovirals, said Dr Majdouline El Moussaoui, presenting the research.

Norwegian researchers also looked at the drug interaction potential of modern ART regimens. They reviewed ART prescriptions and co-medications for 8197 people issued between 2012 and 2018 and cross-checked these for interactions against the Liverpool HIV Drug Interactions database. Eighty-two per cent received a co-prescription and 17% had a potential interaction. Six per cent had been prescribed a medication that should not be administered with their antiretroviral regimen.

The most commonly prescribed medications with potential interactions were diclofenac (anti-inflammatory painkiller), zolpidem (sleeping pill), ibuprofen (anti-inflammatory painkiller) and pantoprazole (proton pump inhibitor for treatment of acid reflux). The most commonly prescribed medications in the 'do not co-administer' category were pantoprazole (acid reflux), mometazone (asthma prevention) and levonorgestrel-ethyloestradiol (contraceptive pill). Almost all 'do not co-administer' interactions were with the antiretroviral medications rilpivirine, darunavir/ritonavir or doravirine.

New review suggests that between 50% and 70% of older people living with HIV are being prescribed drugs in error, highlighting treatment challenges for this population.
Avert
23 Mar 20
Drug interactions & pharmacokinetics

Drug-drug interactions (DDIs) are more common in older people, but a new study from Switzerland suggests they are no more severe in people living with HIV (PLWH) who are 55 years or older than in their younger peers. As a result, researchers write in the journal AIDS, "the clinical management of DDIs in aging PLWH can be similar" to that in younger patients.
Medscape (requires free registration)
2 Mar 20
Drug interactions & pharmacokinetics

Taking more than five medications could be a problem. And many people with HIV are at risk of being on medication overload.
TheBodyPro
20 Nov 19
More editors' picks