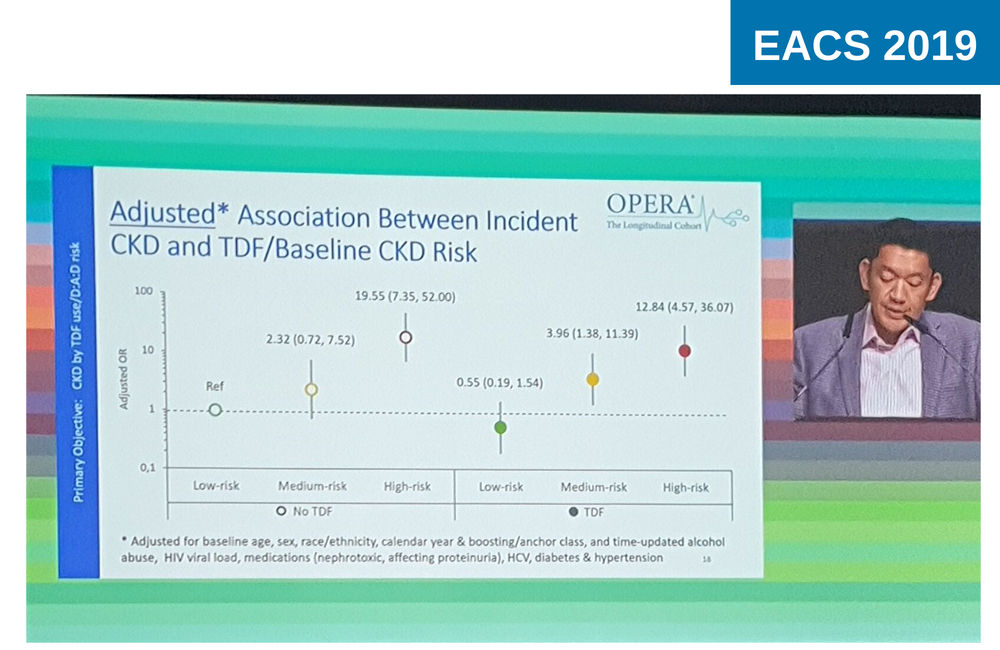 Switching to TAF-based PrEP improves kidney and bone markers – but does it raise cardiovascular risk?

People living with HIV who received kidney transplants from deceased donors with HIV had high rates of overall survival and kidney graft survival after five years, according to an observational study published online today in The New England Journal of Medicine.
EurekAlert
3 Oct 19
Kidney problems

Change in Kidney Function After TDF-to-TAF Switch: Who Benefits Most?

eGFR improved through 18 months in people with established kidney dysfunction switching from TDF to TAF but remained similar after the switch in people with normal kidney function.
NATAP
10 Aug 19
Kidney problems

Researchers compared data on more than 9,000 people with HIV who took either version of tenofovir.
POZ
11 Jul 19
More editors' picks