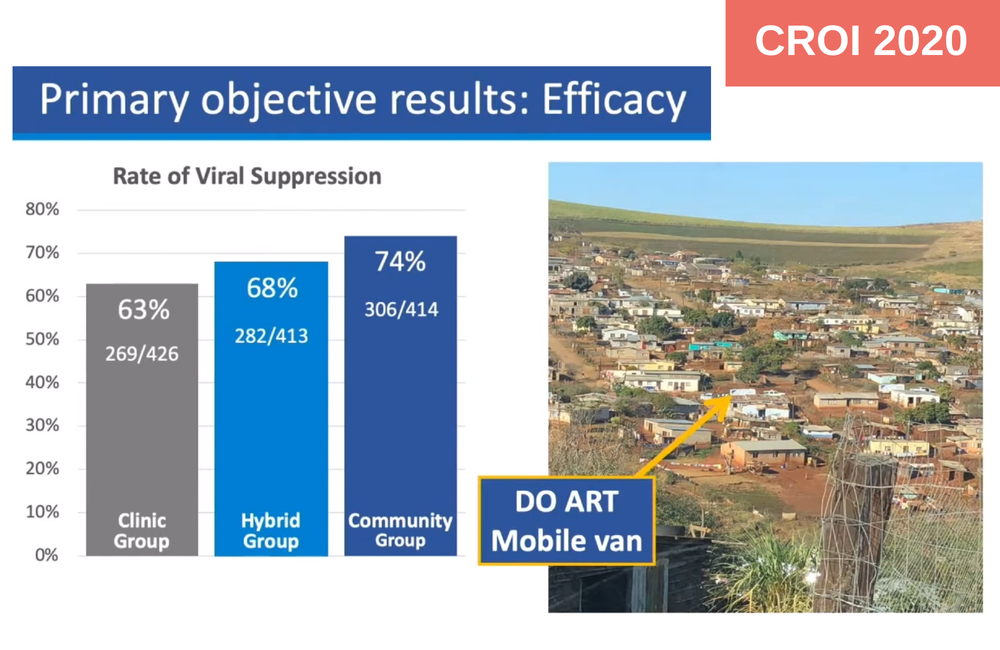 The findings were presented at the 2020 Conference on Retroviruses and Opportunistic Infections, which is taking place online this year in response to the risk of coronavirus transmission.

Improving diagnosis and engagement in care among men living with HIV is essential to achieve the goals of 90% diagnosed, 90% on treatment and 90% virally suppressed that guide international efforts to reduce HIV transmission and mortality.

But engaging men in care has proved challenging in many countries. Work commitments, stigma, and clinical services geared towards the needs of women and children are often cited by men as obstacles to care.

Even community-based testing and treatment that involves door-to-door visits has run into a consistent challenge: men are less likely to be at home when health workers call.

This is a critical challenge, as shifting testing and treatment into the community is a cornerstone of efforts to expand treatment access without overwhelming health facilities.

To test the impact of several models of community-based testing and treatment, Dr Ruanne Barnabas of University of Washington and colleagues in South Africa and Uganda designed the Delivery Optimization for Antiretroviral Therapy (DO ART) study.

The study compared three approaches to testing and treatment in high HIV prevalence communities in Uganda and South Africa:

The primary outcome of the study was the proportion of people living with HIV who were virally suppressed (< 20 copies/ml) after one year. The secondary objectives of the study were to evaluate the impact of community-based ART delivery specifically in South Africa and among South African men.

Participants were recruited to the study after testing HIV positive in the community. The study randomised 1531 people living with HIV who were not on treatment and who had detectable viral loads. Men made up half the study population (51%), participants had a high median CD4 cell count (450 cells/mm3) and the majority were aged 30-49 years (55%).

Across the entire study population, community- or hybrid ART delivery eliminated gender differences in viral response (65% in men and 69% in women in the hybrid group, 72% and 73% in the community group).

The SA mining industry has done what much of the country, NGOs and the government cannot — persuade men to test for HIV and get treatment if they test positive.
Business Day
2 Dec 19
Heterosexual men

How Fear Inhibits HIV Testing and Treatment in African Men

Unmarried, childless and poorly educated men least likely to have an HIV test

An analysis finds that men who are unmarried, childless and only educated to primary level are least likely to have tested for HIV – but will take it up if offered.
Avert
1 Nov 19
Heterosexual men

Men and HIV: how poverty, violence and inequality play a part

Are HIV-risk behaviours intimately tied to male power? Do they always emerge from a position of power and control over women? We conducted research to examine this view of male power and it’s impact on HIV transmission.
The Conversation
3 Aug 19
More editors' picks