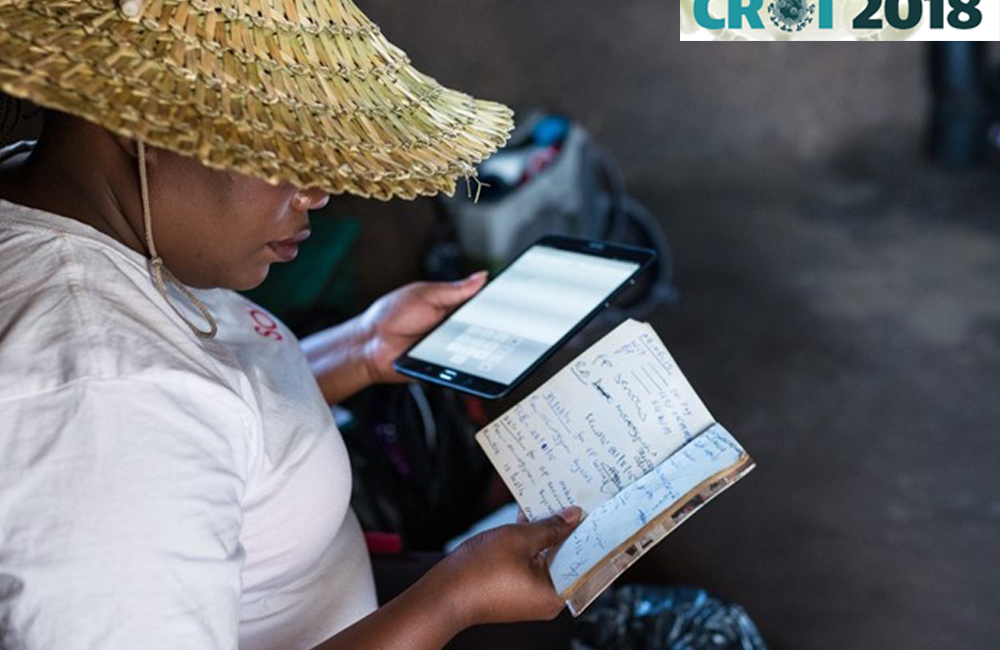 Starting treatment at home, on the day of diagnosis, proved acceptable in rural Lesotho and resulted in improved linkage to care and viral suppression compared with routine care, Niklaus Labhardt of the Swiss Public Health Institute reported on Tuesday at the Conference on Retroviruses and Opportunistic Infections (CROI 2018) in Boston.

Dr Labhardt was reporting results of the CASCADE study, designed to overcome the loss of people with HIV between diagnosis after home-based testing, enrolment in HIV care and treatment initiation. A systematic review published in 2017 estimated that only one in three people diagnosed with HIV after home-based testing linked to care if they received a referral and that more active measures were needed to ensure higher rates of linkage to care.

The CASCADE study was carried out in the mountainous Butha-Buthe district where HIV care is provided by nurses at two hospitals and four health centres.

A home-based testing and counselling campaign was carried out in 60 villages and 17 urban areas, visiting 6660 households. The campaign tested 11,590 adults, and 441 tested HIV positive. Of those who tested positive, 278 were willing and eligible to participate (the study excluded pregnant women, people already in care and anyone who wished to attend a medical facility not taking part in the study). Willingness to participate required participants in the same-day initiation group to agree that they understood the implications of starting lifelong antiretroviral therapy after home-based counselling.

The final analysis included 274 people, 76% female, with a median age of 39 years. Almost half (46%) had not been in contact with a health facility for at least a year and half had to walk to a clinic. The median travel time to a clinic was one hour. The median CD4 cell count of study participants was 278 cells/mm3 and 16% had a CD4 cell count below 200 cells/mm3, indicating advanced HIV disease.

Participants were randomised to receive either a 30-day supply of antiretroviral drugs (a fixed combination of tenofovir, lamivudine and efavirenz) on the day of diagnosis after home-based testing, or a referral to a medical facility to initiate antiretroviral therapy.

The primary outcomes of the study were the proportion of participants in each arm who had linked to care within three months of diagnosis, and viral suppression below 100 copies/ml 12 months after diagnosis.

The most commonly reported reason for not linking to care was 'too busy' (around 30% in each arm) but 25% in the same-day initiation arm and 30% in the standard-of-care arm were lost to follow-up and ten per cent said they did not understand that they should have attended care when traced by a community health worker.

Niklaus Labhardt, speaking at a press briefing after the presentation, said that the results were likely to be generalisable to other rural settings in sub-Saharan Africa where home-based testing and counselling is being implemented. A follow-up study will look at whether village health workers can initiate antiretroviral therapy after home-based testing.