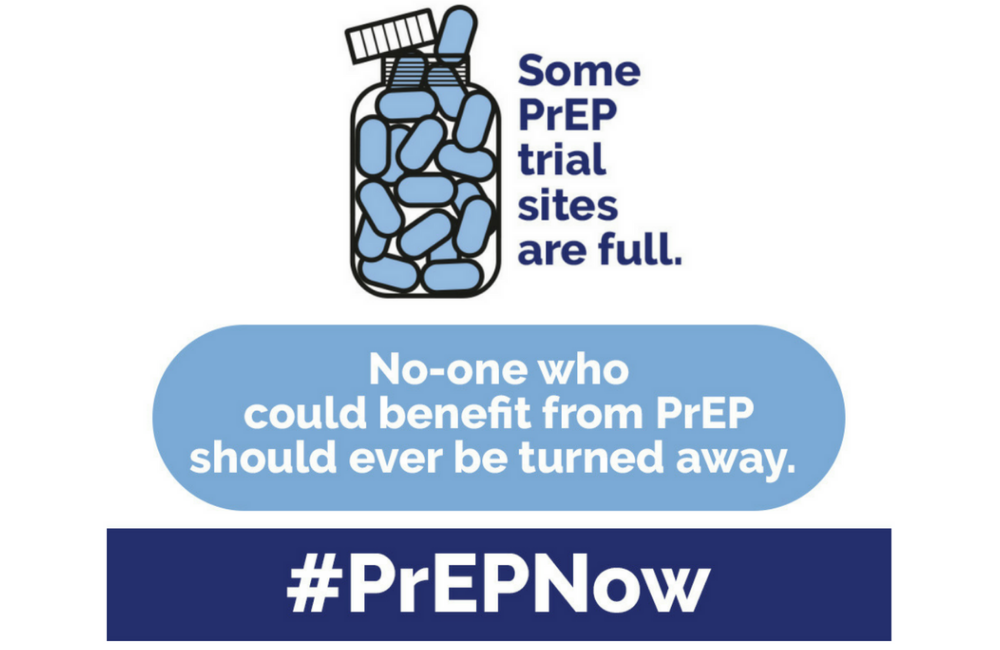 Nine gay men are known to have seroconverted since being put on a waiting list for pre-exposure prophylaxis (PrEP) at a single Manchester clinic, Dr Sally Jewsbury told the British Association for Sexual Health and HIV (BASHH) conference in Birmingham yesterday.

Similar cases are likely to have gone undocumented across England, as a result of there being no routine NHS provision of PrEP and the limited number of places available on the PrEP Impact trial, the demonstration project being run as a stop-gap measure while waiting for routine commissioning. Dr Jewsbury described access to PrEP in the UK as a postcode lottery.

In November 2017, just before recruitment to PrEP Impact opened, the Hathersage Centre began recording the details of patients who had been clinically assessed as eligible for PrEP or who had contacted the clinic to request PrEP. The list has been added to ever since, especially as there has been more demand than places for PrEP Impact in Manchester, as there has been in many other urban centres.

All nine men were given information about purchasing generic PrEP online, but only one ever sourced his own PrEP.

As of February 2019, there were 799 patients on the list, of whom 263 had been able to join either PrEP Impact or another study. There were 43 people who could not be matched with clinic records, mostly people who had self-referred for PrEP. That left 493 patients on the list, which the investigators cross-checked against a list of patients recently diagnosed with HIV at the clinic.

There were a total of 15 diagnoses, including six made on the same day as the person was added to the list, which were excluded from further analysis.

Nine people were diagnosed at the clinic after being added to the list. All were gay or bisexual men, aged between 19 and 41 years (average age 26). At the time of their diagnosis they had been on the waiting list for between 45 and 576 days (average 192 days).

While on the waiting list, five of the men reported chemsex (including four who injected) and five had sexually transmitted infections (including one man with hepatitis C and another with four episodes of rectal gonorrhoea). Four had previously used post-exposure prophylaxis (PEP), often multiple times.

Dr Jewsbury said this showed that PrEP eligibility criteria may need adjustment so as to take better account of fluctuating risk.

All nine men were given safer sex advice and information about purchasing generic PrEP online. However, only one man ever sourced his own PrEP supplies.

“In summary, we found nine preventable infections in patients that were motivated to take PrEP,” she said. “It’s quite possible that if they lived in a different part of the UK or if PrEP had been commissioned in England, then these infections may have been avoided.” She pointed to the massive personal impact for the men concerned, as well as the financial cost to the NHS (a lifetime treatment cost of over £3 million for nine men).

This report adds to the data presented by 56 Dean Street to a conference in April. Clinicians reported on all HIV diagnoses made at Dean Street in 2018 – 177 in total, of whom 50 had previously attended the clinic. Of those, PrEP had been discussed with 28 people, but only six had ever used it, most probably because of a lack of places on PrEP Impact.

Update: Following the conference presentation, more data were collected for the Manchester study and it has been published in a peer-reviewed journal:

The CDC has issued a report detailing considerations for clinicians prescribing PrEP for this population.
POZ
6 May 20
PrEP policies & guidelines

A new legal battle in a high-stakes legal war between Gilead Sciences and the U.S. government was launched Friday, when the California-based biotech firm filed a lawsuit alleging that by seeking its own patents, the U.S. Centers for Disease Control and Prevention (CDC) violated the terms of a research collaboration contract in the development of Truvada (emtricitabine/tenofovir disoproxil fumarate) for pre-exposure prophylaxis (PrEP).
TheBody
5 May 20
Pharmaceutical industry

Gilead ratchets up its Truvada patent fight with U.S. in new breach-of-contract lawsuit

Truvada has been delisted from the Pharmaceutical Benefits Scheme subsidy as of April 1, 2020, there are other generic options still covered.
Star Observer
2 Apr 20
More editors' picks