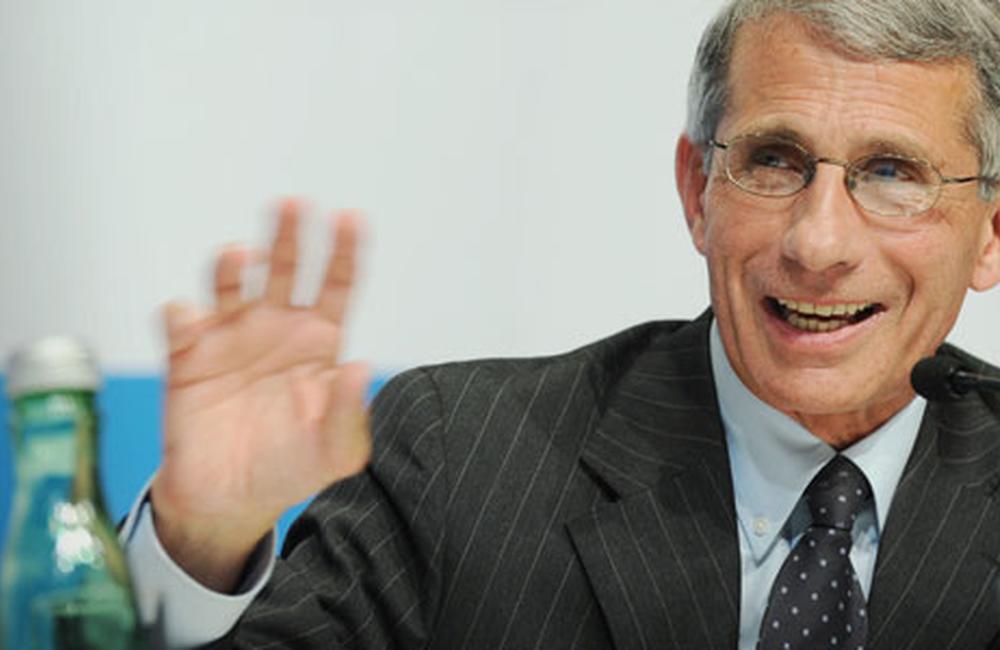 Director of the US National Institute of Allergies and Infectious Diseases, Anthony Fauci. ©IAS/Steve Forrest/Workers' Photos
This article is more than 10 years old. Click here for more recent articles on this topic

Now we have the proof that microbicides can work, what are the next steps toward providing one? How will they be provided and distributed? What might they cost? And how will they be marketed to people who would benefit?

Experts at a press conference and later panel discussion yesterday warned that the CAPRISA study result (see aidsmap report: Microbicides can work, CAPRISA trial shows, but more trials needed before approval) was only a first step and it would be at least three or four years, even if other studies also produced positive results, before a microbicide hit the clinic shelves, and possibly longer.

At the press conference, US HIV research chief Anthony Fauci, director of the National Institute of Allergies and Infectious Diseases (NIAID), said that the implications of the CAPRISA study were “really enormous” and that he had been impressed by the statistical robustness of the study. “However you slice it, this is a significant result,” he said. “The first thing I will do when I get home will be to move microbicides from the column marked ‘non-proven’ into the ‘proven’ column.

"It fulfils an extraordinary need and is an opportunity for a group of people who’ve had very little opportunity to direct their own fate. Now they will.”

Henry Gabelnick of CONRAD, the contraceptive research and development organisation that supplied the gel, said that the next step would be to approach both the Food and Drug Administration in the US and the South African Medicines Control Council and ask them what other trials would be necessary to satisfy them that microbicides worked.

One trial would be the only other microbicide efficacy trial currently underway, the VOICE study, which compares tenofovir gel (used daily rather than when having sex) with tenofovir (Viread) and Truvada pills as prevention methods. However, there remain gaps in our knowledge, and other studies would be needed  - looking at use in adolescents, during pregnancy, and to see if it could work if applied after sex.

We also need to find out if it had any bi-directionality, i.e. does it protect men if HIV-positive women use it. But Catherine Hankins, chief scientific advisor to UNAIDS, warned  that microbicides containing a single HIV drug should never be used by a person with HIV until we know a great deal more about whether it could cause resistance – though there was no sign of resistance in CAPRISA.

It fulfils an extraordinary need and is an opportunity for a group of people who’ve had very little opportunity to direct their own fate. Now they will. Anthony Fauci, Director of the National Institute of Allergies and Infectious Diseases

From the activist point of view, Vuyiseka Dubula of the South African Treatment Action Campaign said that a microbicide would be part of the solution to easier decision-making around sex for women.

“This is a hope we have been waiting for,” she said. “When women want to engage in sex, we don’t want to spend the time negotiating safety. Even if we’re someone who does have power in our relationships, we still don’t have the tools to use.”

There were concerns that  carrying and using microbicides might subject women to stigma and harassment. But Quarraisha Abdool Karim, co-principal investigator of CAPRISA, said that during the trials “participants wanted their community to be known for microbicides and for being in the trial”.

In response to concerns that women volunteering for the trial might suddenly be deprived of resources – both the gel and the benefits of trial participation and community feeling – co-principal investigator Salim Abdool Karim said they were considering applying to allow participants to take part in a phase IV rollover trial, in which all who enrolled would get tenofovir gel, to assess long-term safety and adherence.

Samukeliso Dube of the Global Campaign for Microbicides commented that she hoped that women “will eventually be carrying in their handbags something sexier than this” (indicating the plastic applicator, which looks like a large syringe).

In response to whether this product could ever be licensed for over-the-counter purchase like condoms, Carl Dieffenbach of NIAID said that as an ARV-containing product it might never be possible to sell microbicides without a prescription, and that many years of safety and resistance data would be needed at the very least.

Yurgen Pillay of the South African Department of Health said that the most difficult thing at this point might be managing expectations. “My concern is that when I get back to my office on Monday there will be emails from people demanding a microbicide. It’s going to be very difficult to get across that this is just a proof of concept."

Brian Williams of the South African Centre for Epidemiological Modelling and Analysis added that “it has taken five years since three very convincing randomised controlled trials to start rolling out male circumcision programmes, and microbicides are way behind that. We have a lot of work to do.”

However, microbicides would be very cost-effective. He unveiled some cost-effectiveness modelling he had done for CAPRISA which showed that the cost per infection averted of the tenofovir gel would be US$1500, compared with $8396 for treating someone for an average lifetime with antiretrovirals.

Carl Dieffenbach, however, commented : “Results like this energise the field and people start coming forward with all kinds of new ideas. Look at how we’ve got rectal microbicides on the agenda in a short period of time.

“I forecast that by the time the VOICE trial comes out in 2012-2013 there will be ideas being tested we’re not even dreaming of.”