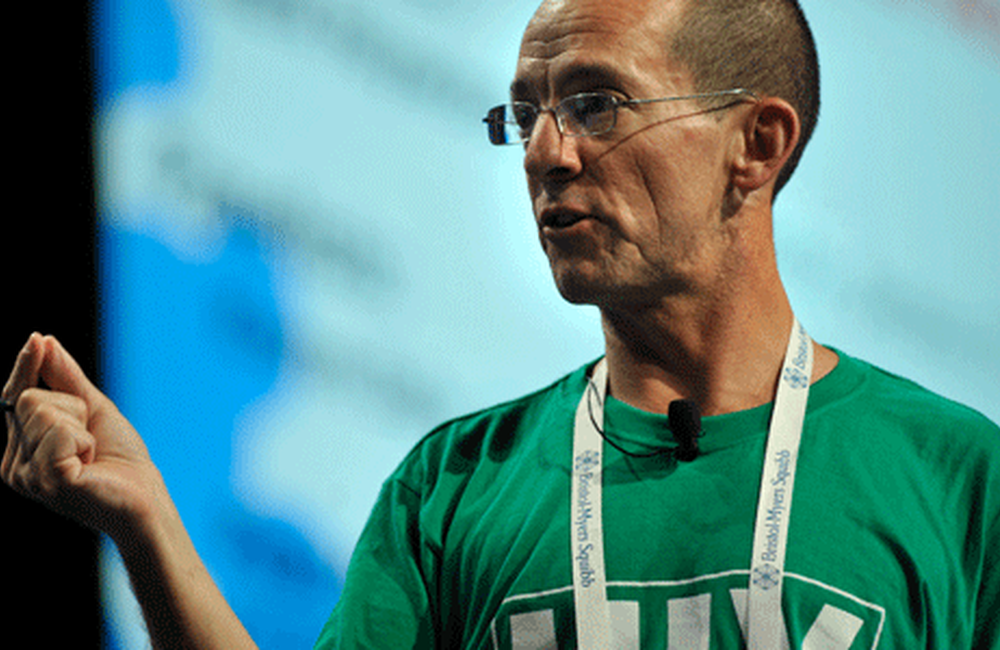 South Africa’s campaign to test 15 million people for HIV in one year risks being implemented in a way that undermines people’s human rights, the activist Mark Heywood told the Eighteenth International AIDS Conference in Vienna last Thursday. Incidents of coercive testing have been recorded but the lack of effective monitoring procedures means that it’s impossible to know whether those incidents are widespread or not.

The testing campaign is is a means to an end, and not of value in itself, he said. Unless the campaign does deliver on its promise to link newly diagnosed people into treatment services, then the means to achieve this end will be unjustifiable.

South Africa’s testing campaign is one element of the country’s dramatic reorientation of its HIV policy. It aims to help the country to provide treatment to 80% of people in need by 2011, by encouraging take-up of voluntary testing at existing health facilities, routinely offering HIV tests at both inpatient and outpatient facilities and organising ‘testing days’ in specific districts. Health workers have been reallocated from other duties or brought out of retirement.

The delegation of healthcare tasks usually performed by more highly trained health personnel to those with less training, such as nurses and community health workers. Task shifting has allowed HIV services to be scaled up, especially in resource-limited settings.

Politicians including President Jacob Zuma, government ministers, provincial premiers and civil society leaders have been tested to encourage others to do the same.

The country’s health minister, Dr Aaron Motsoaledi, told the conference earlier in the week that “about a million” had been tested since April. He did not say how many people had been diagnosed, but with a national prevalence of 18% (in 15 to 49 year olds), it can be speculated that 180,000 may have learnt of their HIV-positive status. Motsoaledi did say that 70,000 had begun antiretroviral therapy.

In July 2009, around 870,000 people were taking antiretroviral therapy in South Africa. However some provinces have recently experienced gaps in the supply of medication, leading people to have forced treatment interruptions and preventing others from initiating treatment.

Heywood made it clear that he thinks the testing campaign is justifiable and necessary. As well as having the potential to reduce the number of people starting treatment at very low CD4 counts, the programme will also offer people health screening for other conditions and link people to health services they need.

Moreover, he said the programme has been an opportunity to kick start long overdue changes in the country’s health system. Stronger infrastructure and task shifting has been necessary for the campaign to be successful.

However, he has a number of concerns. “From a human rights perspective, there is no monitoring at all of what we can call adverse events,” he said. “There is no system to monitor whether a person who is diagnosed with HIV then suffers discrimination, suffers violence or gains access to treatment.”

Treatment Action Campaign was conducting some small-scale monitoring, and had identified a few incidents. In the districts of Ekurhuleni and Mopani, some poorly trained healthcare workers had refused patients access to healthcare services unless they underwent HIV testing first. In Gert Sibade (Mpumalanga) and Mopani, migrants from other African countries had been denied access to testing services.

Heywood said it was unclear whether such incidents were rare or widespread, but that any violations of basic principles should be taken seriously.

Moreover he said that research has already shown that HIV counselling and testing is frequently poorly delivered, with breaches in the protocols of how testing should be delivered. In many cases, the poor physical infrastructure of healthcare facilities made it extremely challenging to provide a confidential service.

He also said that there appeared to be a disconnect between the testing programme and the treatment programme.

In a further indication of financial difficulties, a mass communication campaign had not been funded. Heywood thought this would be essential in allowing people to make an informed decision about accepting or refusing the offer of an HIV test.

The testing campaign is only a means to an end, he said. Its intention is to give people access to treatment and to other healthcare services. However, if treatment is not actually provided, then the means cannot be justified, he concluded.

In a panel discussion following Heywood’s presentation, Paul Wekesa from Liverpool Voluntary Counselling and Testing in Kenya said that his country’s health system was not strong enough to manage the current number of people with diagnosed HIV, never mind extra cases. “The planning for mass access to testing has not happened in tandem with planning for mass access to treatment,” he said.

On the other hand, the Nigerian activist Morolake Odetoyinbo said that testing services had been scaled back recently in her country, perhaps so that newly diagnosed people did not overwhelm treatment services. Testing was being “rationed” and was reserved for people considered to be at high risk, such as sex workers, injecting drug users, truck drivers and people with TB. This stigmatised testing.

She said it was a myth that people didn’t want to get tested. However, the mobilisation involved in a mass testing drive could only work if the national political leadership was behind it. “If you have a situation like ours where only 4 to 6% of HIV spending is from the government and 96% is from outsiders, there’s no way you will have this kind of campaign.”

A speaker from the floor, Donna Futterman, a paediatrician from New York, took issue with the emphasis of the session. Universal access to treatment is a human rights issue too, she reminded the audience. “I am so troubled that HIV counselling and testing continues to be the place that people want to put a gate and a stop before letting people access care,” she said. “There is no other disease that we have made a big deal over whether or not people get their diagnosis.”

She said that HIV is both a medical and a social problem, but that those battles needed to be dealt with separately.

Mark Heywood responded by saying that the quality of counselling and testing will determine whether a person lives positively or negatively with an HIV-positive diagnosis. A poor experience can traumatise a person for years, he said.

A speaker from the floor, Jenny Bell of Justice & Women, said that her research with women tested antenatally in South Africa showed that women’s rights were often not respected and that the way they were tested discouraged the women from going onto treatment.

Morolake Odetoyinbo cited numerous examples of discrimination from her native Nigeria, including refusal of employment, children excluded from school and a university not allowing students with HIV to graduate.

A webcast of this session is available on the website of the Kaiser Family Foundation.

A pilot scheme that immediately rebooks and provides a reminder for an HIV retest six months later increases attendance by 25%.
Avert
24 Apr 20
Coronavirus

Maintaining HIV care during the COVID-19 pandemic - examples from China

Three HIV doctors from Guangdong Pharmaceutical University in Guangzhou, China discuss the challenges to the maintenance of HIV care during lockdown with some practical examples of action by the LGBT NGO in Wuhan and similar examples from Thailand.
The Lancet
8 Apr 20
HIV testing policies & guidelines

Community Advisory: Index Testing Could Be Harmful To Your Rights And Well-Being

MPact Global Action for Gay Men’s Health & Rights advises all LGBT-led community-based organizations, networks of gay, bisexual and other men who have sex with men, and community members to never disclose sexual partners and/or needle-sharing partners to healthcare providers, counselors, or others if you feel this disclosure will put you or them at risk for adverse events.
MPact
6 Feb 20
HIV testing policies & guidelines

While index testing, a PEPFAR initiative that tracks the contacts of people who test positive for HIV, has potential benefits for individuals and communities when it is done ethically, with consent and without coercion, it can also be aggressively implemented in ways that can cause harm to individuals, undermine their rights to consent, privacy, safety and confidentiality, and can erode the trust of communities with health care providers.
AVAC
31 Jan 20
HIV testing policies & guidelines