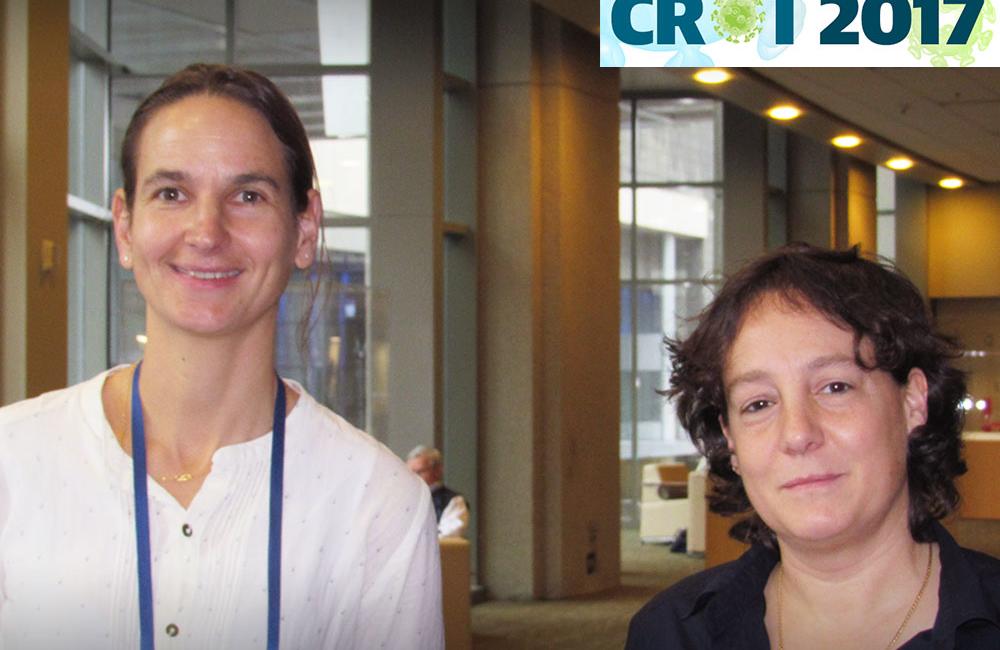 HIV pre-exposure prophylaxis (PrEP) appears to be nearly 100% effective if taken consistently so that there are high drug levels in the body at the time of exposure to HIV.

However, among tens of thousands of cases of PrEP preventing HIV, there have been a few reports of people who acquired HIV despite high adherence to PrEP and adequate drug levels. The most fully documented case was reported a year ago at CROI 2016 in Boston. In this case, the most likely explanation of why PrEP had not worked was that the person concerned had met someone with a strain of HIV with an unusual pattern of drug resistance that overcame PrEP.

Yesterday, however, the Conference on Retroviruses and Opportunistic Infections (CROI 2017) heard about a case where someone in a PrEP demonstration study caught a strain of HIV with no drug resistance, despite documented high drug levels.

The case involved a 50-year old gay man who enrolled in the PrEP demonstration project in Amsterdam in the Netherlands.

He tested HIV negative at months one, three and six after starting PrEP. At month six, in March 2016, he also provided a dried blood spot sample for the purposes of testing drug levels. Dried blood spot testing reveals intracellular drug levels and is a good guide to adherence in the past 30 days, and his levels were considerably in excess of the four-doses-a-week level needed to prevent HIV infection, indicating good adherence. Dried blood spot testing rules out the “white coat effect”, i.e. adherence being recorded as high because the person has taken their PrEP only in the day or two before their appointment.

"It is perhaps just a matter of statistics that very occasionally, one infection slips through." Godelieve de Bree

On 24 May 2016, about six weeks after his six-month visit, the trial participant came to the clinic complaining of fever and of difficulty in urination and urethral inflammation. He was given an HIV test at this point, and tested HIV positive. Another dried blood spot test was done, and this also revealed average to high levels of drug, indicating good adherence during the previous 30 days. PrEP was stopped.

Interestingly, the man was antibody-positive but not antigen-positive. This means that the HIV proteins (antigens) that normally show up in the blood after infection – usually sooner than antibodies – were absent. Samples taken from both blood cells and from rectal tissues could not detect any cellular RNA or integrated DNA. A Western Blot test, which detects both HIV proteins and antibodies, showed one very weak reaction to the HIV gp160 envelope protein. The man also had no detectable HIV viral load at this point or when he was tested a week later.

Two weeks after that, in a test carried out on 15 June, he had developed an HIV viral load of 20,000 copies/ml. A week later the results came back to the clinic and he was offered and started antiretroviral therapy. A confirmatory test at that point found a viral load of over one million. Because the results of resistance tests were not yet available, he was started on a quadruple therapy of Truvada, boosted darunavir (Prezista) and dolutegravir (Tivicay) and his viral load was undetectable after one month.

When his resistance test did come back, it was found his HIV had no drug resistance mutations at all, not even minority ones. He was switched to Triumeq (abacavir, lamivudine and dolutegravir) and remains well and virally undetectable.

What happened here? This is the first case that offers evidence that appears to show that on rare occasions PrEP may not work against non-drug resistant HIV. Aidsmap.com talked to Dr Elske Hoornenborg, who leads AMPrEP, and Dr Godelieve de Bree, who works at the Amsterdam Academic Medical Centre and is involved in the man's HIV care.

It is possible that the man had a lapse in PrEP use immediately after his six-month visit that did not show up in the eight-month dried blood spot test, but he maintains he had full adherence and there is absolutely no sign of any lapse.

“This PrEP user came to the study saying he had no doubt he would acquire HIV unless he went on PrEP,” said Dr Hoornenborg. “He was highly educated and knew exactly what the risks were but did not feel he was able to change his sexual risk pattern, so took action by applying for the study.”

He did have ‘chemsex’ and took mephedrone, GHB/GBL, ketamine, cocaine and amphetamine, and admitted to injecting ketamine twice but insisted he used sterile needles. He had two episodes of rectal gonorrhoea and one of rectal chlamydia in his first seven months on PrEP. He did not contract hepatitis C and was vaccinated against hepatitis B.

Dr de Bree has a hypothesis. “This is speculative,” she says, “but oral PrEP works by stopping HIV getting into the bloodstream and reaching the lymph nodes.”

“Short-lived infections may be happening within the cells of the gut mucosa which can even stimulate an immune response but which never get any further because the PrEP stops them at that point. It is perhaps just a matter of statistics that very occasionally, one infection slips through.”

She added that some people have considerably lower levels of emtricitabine (FTC) in their gut tissues than they do in their blood, which could affect PrEP efficacy. Something might have happened in this person that affected their tissue levels of PrEP temporarily.

There are mysteries to this case, however. The lack of HIV antigens and viral load in the first few weeks after infection can be explained by the individual being on PrEP, which would tend to suppress HIV replication even if it did not suppress infection. The lack of resistance also suggests that PrEP suppressed HIV before it could reach the levels at which resistance would have developed. Drug resistance would develop after infection if viral replication was not suppressed.

But in that case, how did the man develop antibodies to HIV? Antibodies only develop if HIV antigens are stimulating the immune system somewhere, and are sometimes lost, or never develop, in studies where people are treated extremely early. There must have been a point after infection at which HIV antigens were circulating at high enough levels to generate antibodies. It can be hypothesised that local priming with HIV in the gut (which is an area rich in lymphocytes) has led to the development of antibodies. There are people who have been exposed to HIV who, although remaining uninfected, develop an HIV-specific immune response.

The seroconversion illness symptoms are atypical too; difficulty with urination is not a common symptom and suggests very localised inflammation in the genital tract or prostate. This could also suggest an aberrant immune response that may have facilitated HIV infection, though all this is speculative.

Whatever the mechanisms, this case does look like the first case of infection with non-resistant HIV despite consistent adherence to PrEP.