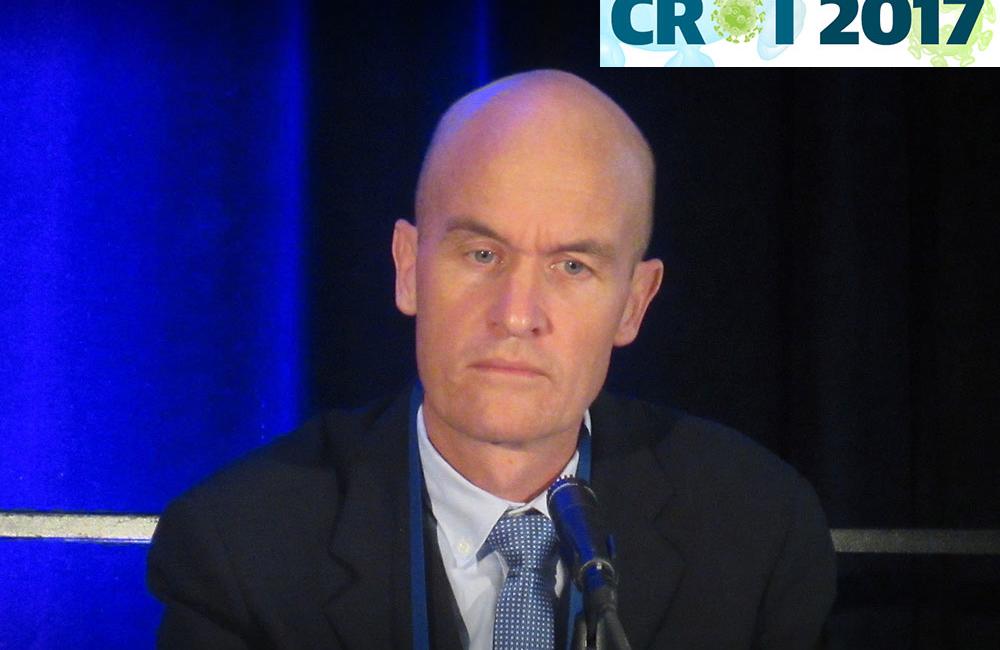 Prednisone reduces the risk of an immune restoration inflammatory syndrome (IRIS) in people with HIV after starting tuberculosis (TB) treatment, a randomised trial called PredART has found. The results were presented last week at the Conference on Retroviruses and Opportunistic Infections (CROI 2017) in Seattle, by Dr Graeme Meintjes of the University of Cape Town, South Africa.

TB-related IRIS is a frequent complication in people with HIV who start TB treatment with low CD4 cell counts. TB-IRIS occurs when the revival of the immune system due to antiretroviral treatment causes it to react to TB mycobacteria, often with severe effects. Inflammatory symptoms such as severely swollen lymph nodes (lymphadenopathy), fever and paradoxical worsening of TB symptoms can emerge, and may require hospitalisation.

A meta-analysis of cohort studies has shown that TB-IRIS develops in around one in five HIV-positive people with TB after starting antiretroviral treatment, and whilst the death rate is low (2%), approximately one-quarter of all people who develop TB-IRIS must be admitted to hospital for treatment.

Although it is known that its symptoms can be treated with the corticosteroid prednisone, prevention of TB-IRIS has until now depended on starting TB treatment before antiretroviral therapy, in order to reduce the bacterial load before immune reconstitution begins to take place. People starting treatment with low CD4 cell counts (< 50 cells/mm3), those with disseminated TB (symptoms in organs other than the lungs) and those who experience very large CD4 cell count increases after starting treatment are known to have a higher risk of developing TB-IRIS.

To test whether TB-IRIS can be prevented by use of prednisone, investigators conducted a randomised, double-blind placebo-controlled trial in people at high risk of developing TB-IRIS. People were eligible to take part in the study if they had CD4 cell counts below 100 cells/mm3, had started TB treatment less than 30 days prior to joining the study and were antiretroviral-naïve. People with rifampicin resistance, anyone not taking standard first-line TB treatment and people with symptoms of neurological TB were excluded from the study, as were people with a poor clinical response to TB treatment. People with Kaposi’s sarcoma were also excluded because prednisone may exacerbate KS.

Everyone entering the study began antiretroviral therapy, and was randomised to receive either 40mg/kg per day of prednisone for two weeks, followed by 20mg/kg per day for two weeks, or placebo. The primary endpoint of the study was the development of TB-IRIS during the four-week treatment period and the 12-week follow-up period.

The study participants had very advanced HIV disease; the median CD4 cell count on study entry was 49 cells/mm3 in the prednisone arm and 51 in the placebo arm and viral loads were high (5.5 log and 5.4 log respectively). Participants began antiretroviral treatment a median of 17 days after TB treatment.

Significantly more people who developed TB-IRIS in the placebo arm required corticosteroid treatment to manage their symptoms when compared to the prednisone arm (28.3% vs 13.3%, RR 0.47, 95% CI 0.27-0.83), a potential indication that prednisone moderated the severity of TB-IRIS symptoms even if it did develop. However, people in the placebo group were no more likely than people in the prednisone group to be hospitalised for TB-IRIS (7.5% vs 4.2%, p = 0.41).

Adverse events leading to a change in TB or antiretroviral medication occurred more frequently in the placebo group (15.8% vs 8.3%) but this difference was not statistically significant (p = 0.07), although grade 3 adverse events did occur significantly more often in the placebo arm (45.4% vs 29.4, p = 0.01). There was no difference in the incidence of grade 3 or 4 laboratory adverse events, nor in viral load or CD4 changes at the end of the study. CD4 cell counts increased by 150 cells/mm3 in the placebo arm and 164 cells/mm3 in the prednisone arm, showing that the corticosteroid did not impede immune reconstitution.

As a corticosteroid, prednisone might increase the risk of bacterial infections, but these were not seen more frequently in the prednisone arm. The most common AIDS-defining or bacterial events in study participants were oral candidiasis (10) and pneumonia (7). One new case of Kaposi’s sarcoma occurred, in the placebo arm, in an individual who discontinued antiretroviral therapy after 20 weeks on treatment.

Although it did not eliminate TB-IRIS entirely in this high-risk population, prednisone as a preventive treatment did significantly reduce its incidence and also reduced the need for prednisone treatment of TB-IRIS symptoms, Dr Meintjes concluded.

Watch a video on the PredART trial.

A group of philanthropic, non-profit, and private sector organizations on Thursday launched a collaboration to accelerate development for a “pan-TB” treatment regimen to treat drug-sensitive and drug-resistant forms of the deadliest infectious disease in the world.
Health Policy Watch
2 Mar 20
Tuberculosis & HIV

Companies owned by people in the Global North control the science and business of TB, making medication unaffordable for poor people in developing countries.
The Wire
4 Nov 19
Clinical trials

There is no way to know whether the combination of bedaquiline, linezolid and pretomanid worked because all three drugs made critical contributions, or whether it worked because two of the drugs worked very well and the other just moderately, or not at all.
Spotlight
20 Aug 19
More editors' picks