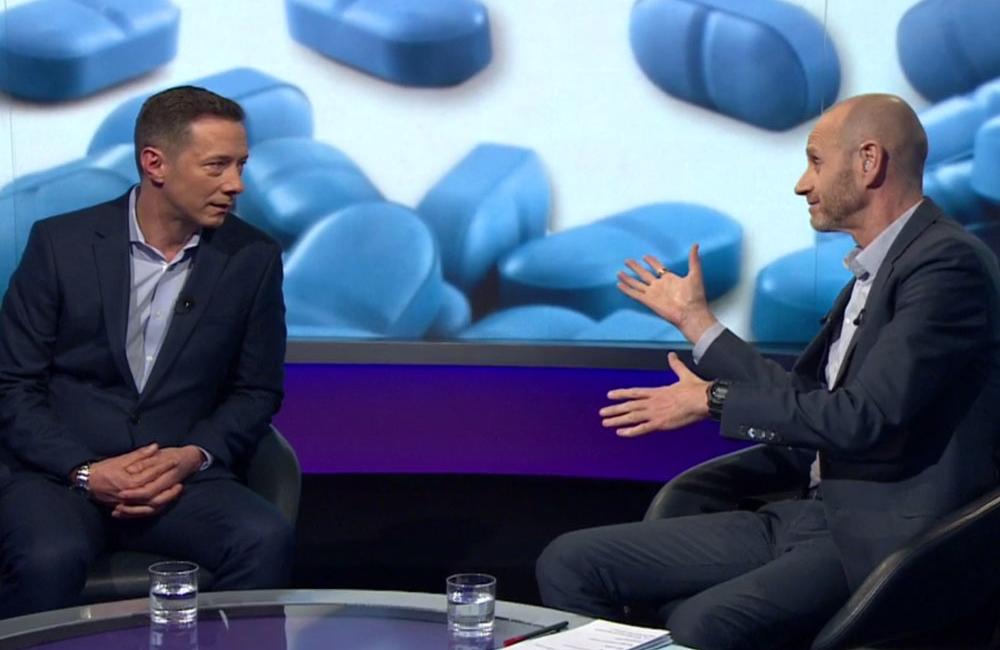 NAM’s Executive Director, Matthew Hodson, appeared on BBC2’s Newsnight on Tuesday 21 February to talk about PrEP (pre-exposure prophylaxis) and the dramatic decline in new HIV diagnoses in London in the past year.

In the film sequence accompanying the interview, HIV consultant Dr Nneka Nwokolo of London’s 56 Dean St clinic explained that the reduction in new HIV diagnoses is real, substantial and is being seen in clinics across London.

“The most significant thing that’s happened in that time is that a lot of people who are really high risk who come to our clinic were taking PrEP. We’ve discovered this because we ask them what medication they are taking and they tell us they are taking PrEP, which they’re getting online,” she said.

Matthew explained that the dramatic drop in new diagnoses among gay and bisexual men over the past year in London coincides with the promotion of private access to PrEP drugs through online pharmacies by the activist websites IWantPrEPNow and PrEPster.

PrEP is not currently available on NHS prescription, so people who want it must buy the drugs online for around £40 a month.

“It’s really exciting, because we’re actually turning a corner now, and you want to throw everything you’ve got at it, because we could make a huge difference.

If you roll it out to everyone who will benefit most, then we have the power to end the epidemic.

We have this opportunity to do something which is going to increase our prevention power.”

Asked whether wider use of PrEP might lead to an increase in sexually transmitted infections (STIs), Matthew said:

“If people were getting PrEP on the NHS, then they would be tied in to clinical services, which means that they would be screened regularly. If they had an STI, they would be diagnosed and they would be treated, and one of the problems that we have, if people are accessing PrEP in the wild, is that they may not be tested for other STIs.”

Is this a priority for the NHS to spend money on, asked presenter Evan Davies.

“£20 million sounds like a lot of money, but it’s actually 0.02% of the NHS budget – but the more important thing is that PrEP is actually cost effective, and in fact, with the enormous reduction we’ve seen in diagnoses, it’s even more cost effective than we thought it was going to be, because it costs a lot to treat someone living with HIV.

I think we’ve now proved that the concept works and that increases the urgency of rolling it out to other high-risk groups, like people from sub-Saharan Africa and trans women and injecting drug users.”

Read our factsheets on Pre-exposure prophylaxis (PrEP) and How to get PrEP in the UK.

Watch the 21 February edition of Newsnight on BBC i-Player until 21 March (UK viewers only), PrEP item from 19 mins into the programme.

Watch the Facebook Live Q&A session hosted after the programme.

After a two-year battle, the Philadelphia nonprofit Safehouse says next week it will open the first space in the U.S. where people struggling with addiction can use opioids and other illegal drugs under the supervision of trained staff.
NPR
27 Feb 20
Undetectable viral load & treatment as prevention

Genetic mechanisms play an important role in the acquisition of the HIV-1 virus, whereby common genetic differences account for 28 – 42% of the variance in susceptibility to acquiring the virus at a population level.
King’s College London
24 Feb 20
PrEP policies & guidelines

If I can be protected against HIV, others should be too

Will Nutland: The health secretary says he’s serious about tackling infection. But there are basic inequalities in who accesses PrEP.
The Guardian
23 Feb 20
Undetectable viral load & treatment as prevention

The International AIDS Society (IAS) issued a call to action—signed by HIV leaders in Malaysia, Japan, Australia, Thailand and India—asking the community to stand up for science and support U=U in Thailand.
POZ
22 Feb 20
More editors' picks