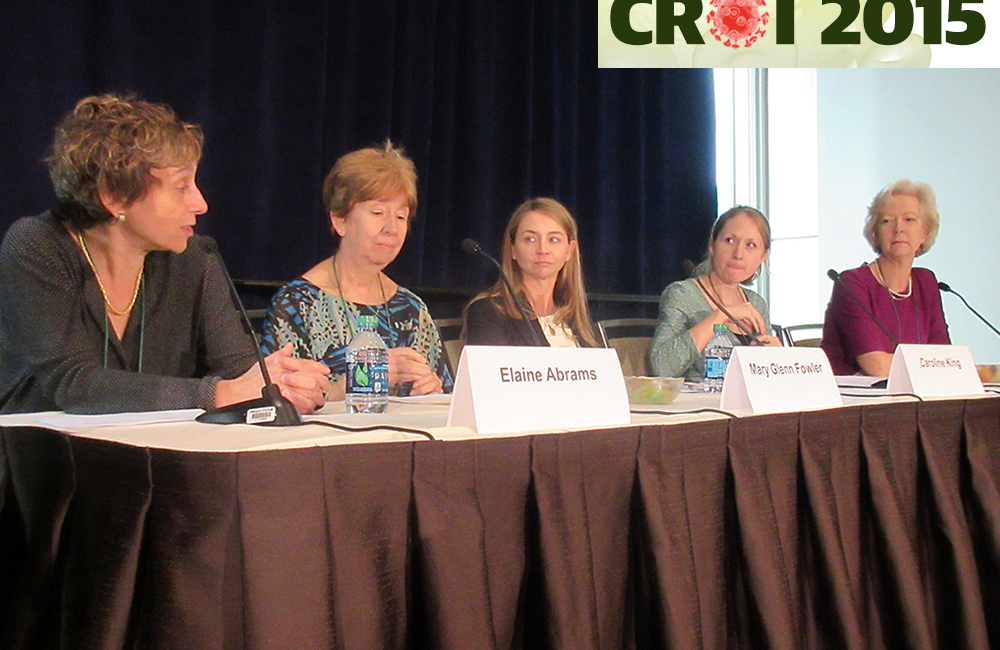 Taking an efavirenz-based antiretroviral regimen during the week and taking no medication on two days over the weekend was just as effective as daily treatment in controlling viral load in an 11-country trial conducted among adolescents and young people, Professor Karina Butler of Our Lady’s Children’s Hospital, Dublin, Ireland, reported at the Conference on Retroviruses and Opportunistic Infections (CROI 2015) in Seattle, USA, on Tuesday.

Sustaining adherence to daily treatment appears to be more difficult in young people and adolescents. Studies of adherence show consistently that older age is strongly correlated with better adherence, and clinicians in Europe, North America and sub-Saharan Africa have reported the difficulties faced by adolescents in taking medication regularly.

The BREATHER study was designed to test a regimen that could normalise life for young people, said Prof. Butler.

“Adolescents going out at the weekend often don’t take their medication because they don’t want people to see them taking it,” she said. The prospect of lifelong therapy is also daunting for many young people.

“The priniciple of this study was quite different [from treatment interruption studies in which], you were allowing viral rebound, whereas in this study you were taking a break from taking medication,” Prof. Butler told the press conference.

However, the durability of a five days on/two days off regimen has not been tested in a large trial, and it is plausible that treatment based on drugs which take a long time to clear from the blood, such as efavirenz, would be less likely to result in viral rebound if doses are missed on two consecutive days, provided that viral load has already been suppressed for a prolonged period. A study in 221 patients found that after one year of viral suppression, the risk of viral rebound declined substantially in people who were not fully adherent to treatment.

The BREATHER study recruited 199 young people between the ages of 8 and 24 (median age 14) in Europe, Uganda, Thailand, Argentina and the United States. Twenty-one per cent were aged 18 or over. Young people were eligible to join the study if they had been on stable antiretroviral therapy with viral load below 50 copies/ml for 12 months, and if they had never experienced viral rebound. Participants were randomly assigned to receive 'short cycle' treatment, during which they took two consecutive days off treatment each week (usually Saturday and Sunday), or continuous treatment.

After 48 weeks of follow up, viral load had rebounded above 50 copies/ml in six of the short cycle group and seven of the continuous treatment group.

The weekend-off regimen proved highly acceptable to young people, with 74% saying that it made life a 'lot' easier, although when questioned about a range of everyday activities that might be difficult as a result of treatment, the only area of statistically significant improvement was “going out with friends”. Participants who stopped treatment at the weekend said that side-effects lessened at the weekend, and were also more prone to report previously undisclosed side-effects.

Participants in the weekend-off arm were less likely to change treatment for reasons of toxicity or simplification during the study, but there was no significant difference in the reporting of adverse events related to treatment.

Experts stressed that these results should be treated with caution, and that young people should not begin missing weekend doses until longer-term follow up of the participants in this study has provided reassurance that the strategy is safe. In particular, they stressed that the results apply only to young people taking efavirenz-based treatment who had undetectable viral load and no previous history of viral rebound.

Young people who took part in the study expressed concern that others might try doing the same thing without proper monitoring and end up falling ill.

“It’s important to highlight that they were a very select group of suppressed patients,” said Dr Elaine Abrams of Columbia University, New York.

“It’s important to say that they had never failed treatment before. They were the best group of individuals to enter such a study,” agreed Dr Butler. Many adolescents with a long history of HIV treatment are likely to have experienced several episodes of viral rebound, leading to the development of drug resistance. Lower levels of antiretrovirals during the weekend off treatment might not be sufficient to suppress drug-resistant virus in those young people with a history of multiple treatment failures, leading to viral rebound and further drug resistance.

“I don’t think results of this study should impact on clinical practice. Clearly we need to look at long-term follow up to see that it is safe,” said Dr Butler.

However, she went on, “if there are individual circumstances a clinician may choose to change treatment, with careful monitoring.”